Bodegas Urium&nbsp;is a project my father had in mind as long as I can remember and after many years he found a suitable bodega with the soleras he had been looking for and he suggested I get involved in this adventure, so I did. My professional career was not related to wine; I had been working as an internal auditor with a construction company and I had a fashion business, so I took a 180 degree turn to immerse myself in the world of&nbsp;Sherry. For ten years now I have been working right in the historic heart of the city at the foot of the ancient city wall to develop this small artisan family bodega.

I have always had a passion and affection for Sherry and it is something which always formed a part of my life, so the opportunity to dedicate myself to it professionally was a challenge for me; to work in something you love, be a part of a&nbsp;project right from the start&nbsp;and watch it grow. Once you get to know Sherry it beguiles you and won’t let you go. Every step you take and everything you learn inspires a desire to keep on learning.

I am most proud of our&nbsp;old wines. Ageing a wine for a long time is not an easy task; wines are like people, you need to look after them letting time bring out the best in them, so that they develop balance as they age and don’t become museum pieces just to be admired, but works of art which can be enjoyed. Any one of our&nbsp;V.O.R.S.&nbsp;is an example of this; they combine the intensity and complexity of age with an elegance which invites you to keep drinking. 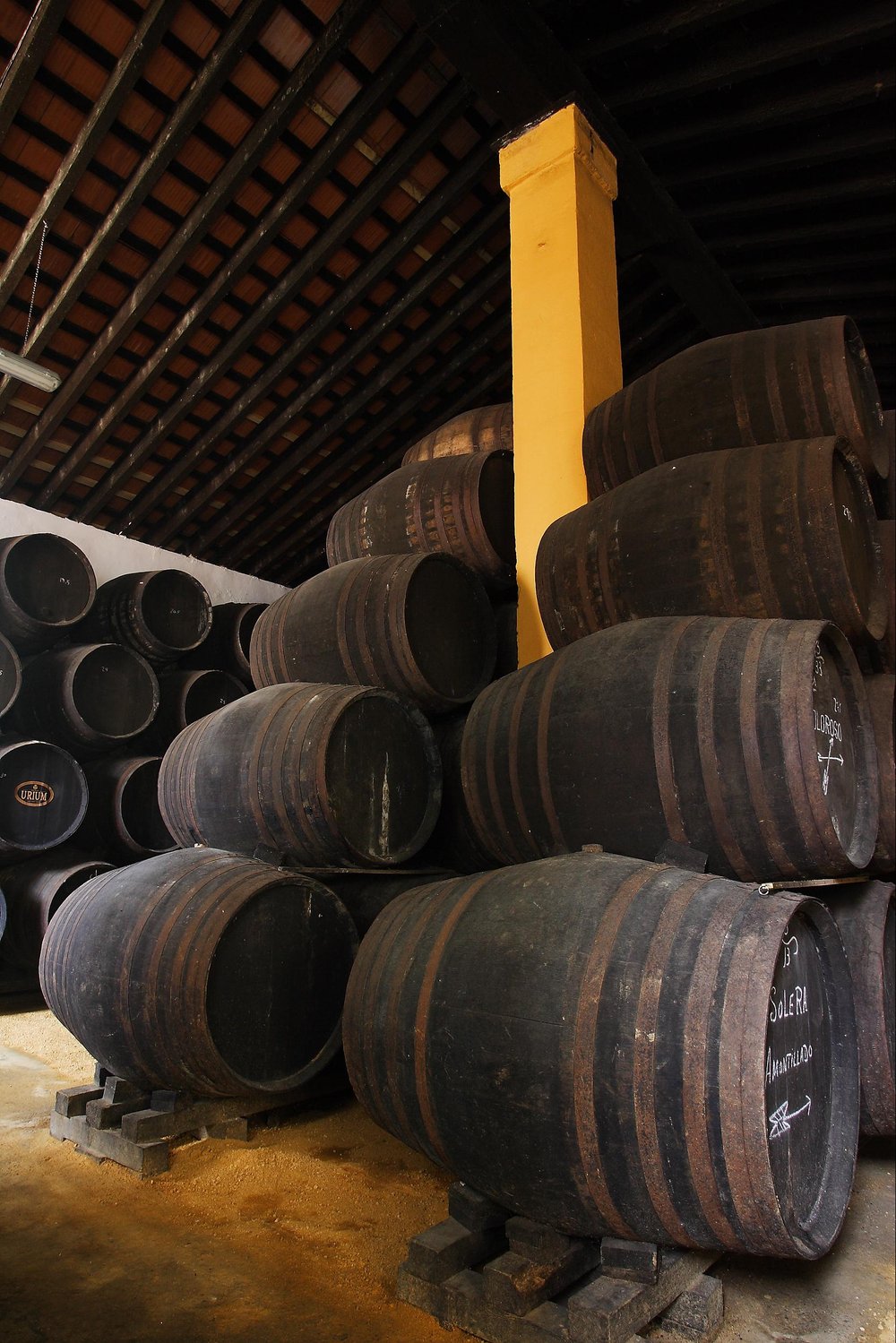 It is very difficult to choose since it depends on the moment, whom you are going to share it with and many other things, but these days I am increasingly enjoying a good&nbsp;Old Oloroso. It fills the mouth, you can almost chew it, it is very intense but at the same time smooth as you swallow, it is a wine which permeates the body in slow motion.

It is very difficult to choose since it depends on the moment, whom you are going to share it with and many other things, but these days I am increasingly enjoying a good&nbsp;Old Oloroso. It fills the mouth, you can almost chew it, it is very intense but at the same time smooth as you swallow, it is a wine which permeates the body in slow motion.

I relish any of the classic food matches with Sherry, but if I had to choose just one I would go for bellota ham accompanied by&nbsp;Fino en Rama. I have enjoyed many innovative pairings, but I want to recommend everybody to try&nbsp;mango with Amontillado, which is absolutely amazing. 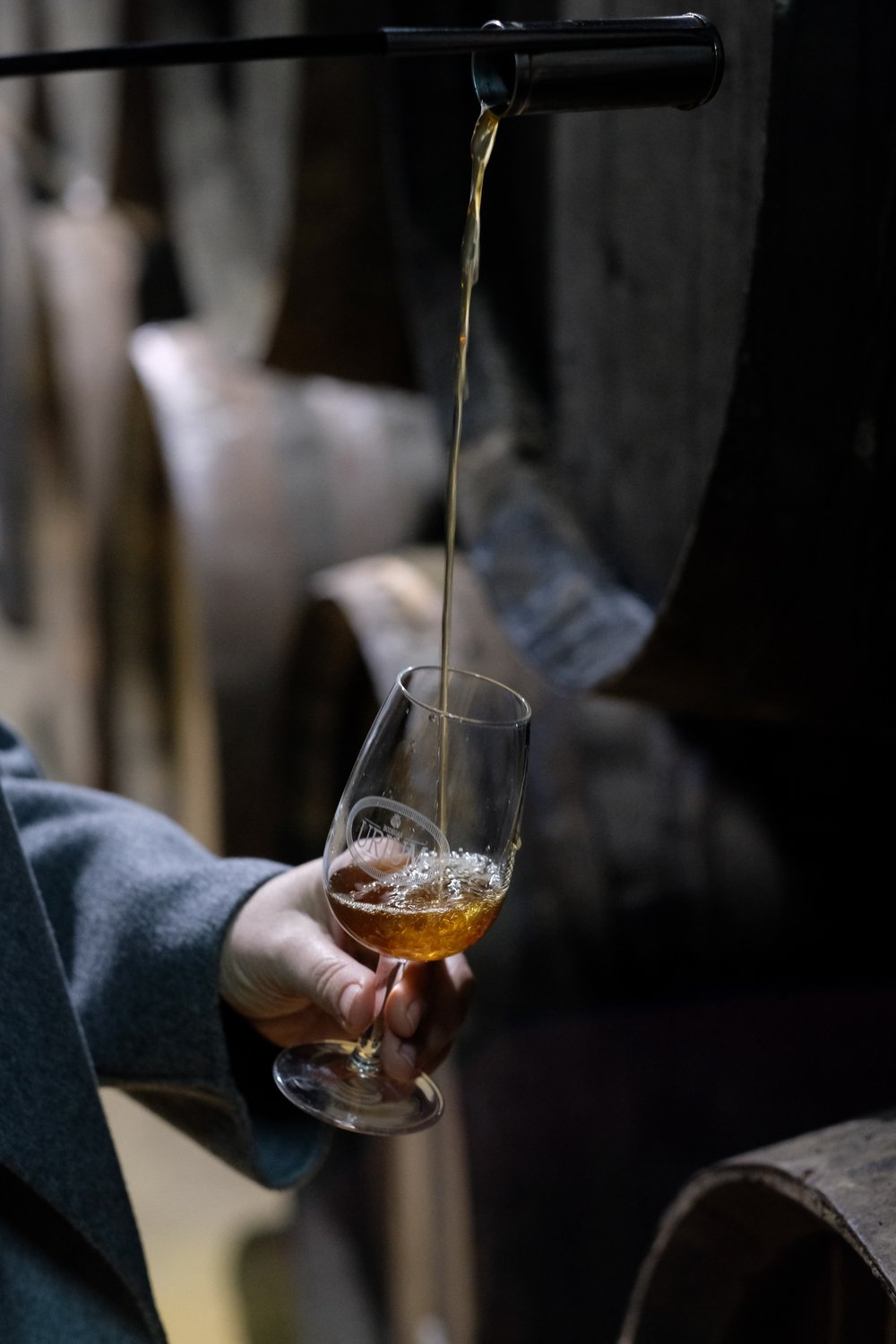 One of things which make Sherry so irresistible is its sheer&nbsp;complexity, you never stop learning and when you learn more a door opens to new questions and a thousand more things to look into. I like to compare it to the cinema; if you see a light comedy you enjoy it but you have almost forgotten it by the time you leave, when you see a good film, however you leave wanting to see it again, find out all the details, understand it fully. This is exactly what happens with our wines. On the other hand, when you drink Sherry, you are drinking&nbsp;history&nbsp;– this is an oft-repeated phrase, but it is true. You are drinking history because the wine was made using all the knowledge and knowhow acquired over centuries, but you are also drinking history literally. Thanks to the system of&nbsp;criaderas and solera&nbsp;we could be drinking molecules of wine from a very long time ago, a legacy left to us by previous generations which is now in our hands. It makes me feel emotional and also responsible to think that I have in my hands such old soleras which have come down to me because people looked after them for many generations, and now it is up to me to maintain that style for the generations to come.

At the moment we are&nbsp;refurbishing an old bodega&nbsp;in Sanlúcar de Barrameda as ageing our own Manzanilla is very important to us. We will also create a space there for tastings and organise many activities related to wine and culture. We have many projects which we are working on little by little; there are some butts with very special characteristics which we have put aside in the bodega. We want to use them for some&nbsp;Single Barrel&nbsp;releases. The first of these was the&nbsp;Medium Dry, the first bottling of which was for the International Final of the Copa Jerez and which was used on the winning menu of the team from Holland. The unusual thing about this wine is that nothing has been added to give it sweetness; it was a very old Oloroso in which the residual sugar level rose beyond that of a dry wine just by concentration, and thus was created the first&nbsp;100% Palomino Medium Dry. 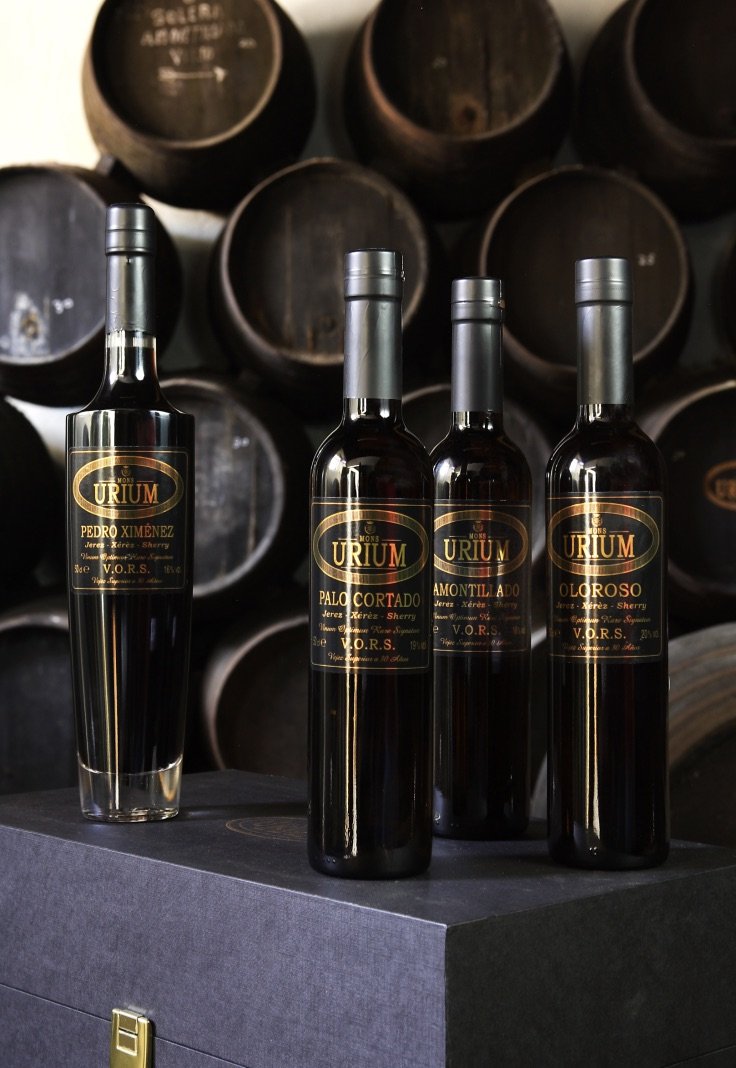 I grew up surrounded by its aromas; I have memories of the smell of my country house where my father has always had his personal “sacristy” of old wines for drinking round the fireplace and singing with friends.