The impact of wine on the wood

Wood in general – and oak of course is no exception – has a great hygroscopic capacity; that is to say it absorbs humidity from the environment. This is much more apparent when we expose it to contact with liquids as would be the case with a cask or a wooden ship. In reality, both “work” according to the same principle: the staves of the cask, like the planks of the ship absorb liquid which makes them expand, compressing themselves against each other making them waterproof. Certainly ships are usually caulked with tar or other substances, and similarly, in the repair of casks at the cooperages, it is common to use strips of rush straw to seal the joints between staves which are not a perfect fit. But if the dolador has done a good job in giving the right shape to each stave, the simple pressure between one piece and another will ensure that there can be no way for the wine to escape. 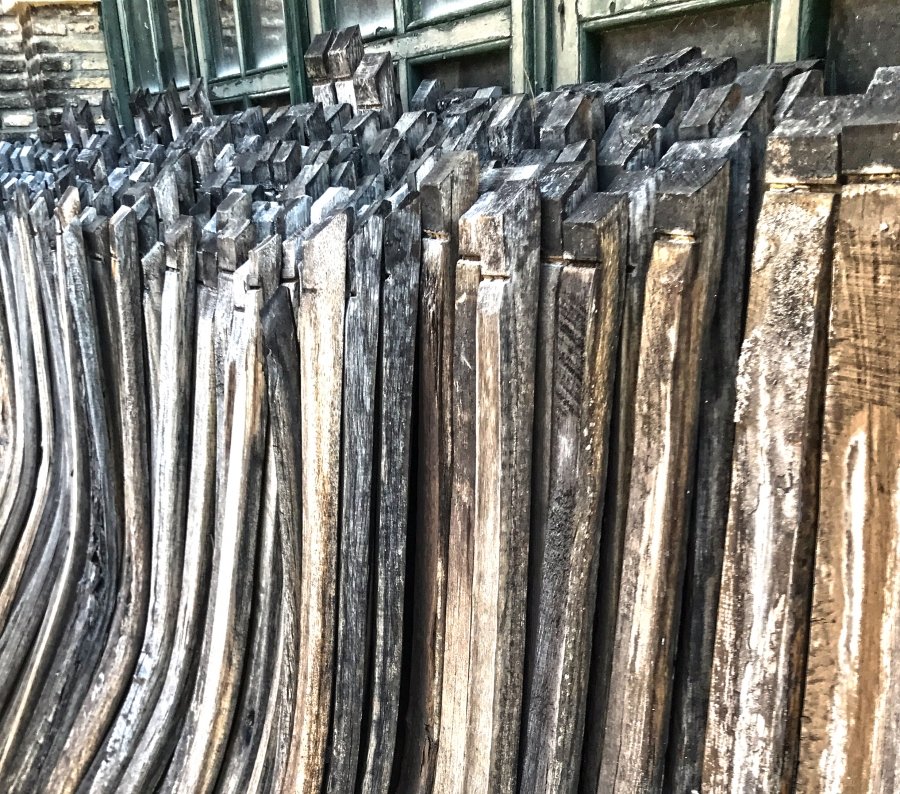 This capacity that oak has for absorption is really impressive. It is calculated that one cask can contain as much as 15 litres of wine soaked into its staves. But what’s more, one of the principal characteristics of wooden containers is their capacity for transpiration. On the one hand they allow the entry of oxygen into their interior bringing about the micro oxygenation of the wine; and on the other hand they allow a fraction of the liquid contained inside to escape by evaporation.

Indeed, while a cask may appear that way, it is in fact far from watertight; you need only think about the aroma which impregnates the pituitary the moment you enter a bodega. An intense aroma which tells us that some of the wine has managed to escape from them by evaporating into the environment. This small percentage of wine which is lost through the wood is often referred to as “la parte de los ángeles” or the angels’ share. According to the calculations of the Consejo Regulador, the average annual loss of wine caused by this is about 3.5% of the content of the butts. Obviously, in drier years the average loss is greater, reaching 4% of the total inventories of ageing wine, while in years with higher rainfall the average goes down to 3%. An extraordinarily high price to pay if it were just to make the bodegas smell good. 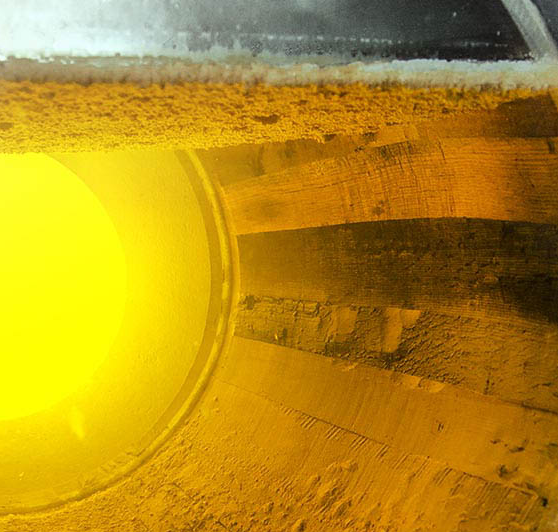 Interior view of a sherry butt during the biological aging process

However this loss does not affect equally all of the components of the wine, which as we know is an enormously complex product and in which we can distinguish hundreds of different elements with different molecular compositions. It is precisely the molecular structure of each of these components which will determine to what extent they will escape from the cask and into the atmosphere. Thus molecules of water (H2O), the simplest and most abundant in the wine, are the fastest to transpire through the staves of the cask reaching its exterior where they evaporate. Other components like alcohol (CH3H2OH), glycerine or the various acids in wine, which are more complex molecules, also make this journey from the interior to the exterior of the cask but much more slowly. So in conclusion: the wine loses water progressively at the same time as the other more complex components are becoming more concentrated.

The effect of this process on the wood is very noticeable, as the most complex elements of the Sherry also soak into the staves combining themselves with components of the oak and creating aromas and colours which the butt lacked when it left the cooperage. This is what we call “envinado” or seasoning, the true secret behind the Sherry casks.

There are two factors which come into play in a special way during the seasoning of the casks. On the one hand, time; the more prolonged the contact between the wood and the wine, the deeper will be the penetration of these components in the layers of the wood. Of course there are other elements which should be taken into account like the humidity and temperature conditions of the bodega, and it will be these factors which propitiate a faster or slower transpiration of the different components of the wine. 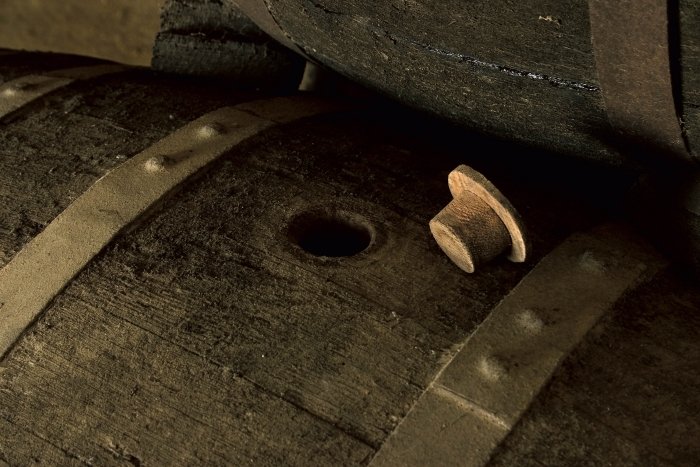 On the other hand, and although there are common elements to them all, the different types of Sherry obviously leave very different footprints on the wood of the casks; colour, texture, degrees of alcohol or the content of different elements all produce very different effects depending on the type of Sherry used in the seasoning and its duration. These colours and aromas will later be absorbed into the spirits which use these seasoned casks for their own ageing.

The type of Sherry most used in the seasoning of Sherry casks is Oloroso. Its relatively high alcoholic strength, intense colour and unmistakable aroma give the oak an extraordinary nobility and personality. The use of Fino casks will offer much subtler characteristics, while a cask seasoned with Pedro Ximénez will not only absorb its amazing intensity of colour but also some of the natural sweetness which characterises these wines made from “pasas”.

All these sensations coming from the different wines will serve to enrich the spirits throughout the second life of the casks during which they will yield many complex components. This second life which sometimes takes place in Jerez ageing the magnificent Brandy de Jerez, or at other times very far from our land, is always contributing to the refinement of some of the greatest spirits in the world.