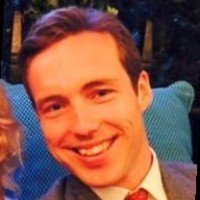 George has been a great admirer of sherry since the first glass given to him after mass at school. His afición has lead to frequent visits to Jerez and Andalusia, including a stint as a chef where he learnt Spanish. With time behind the stove and several years working at Brindisa in London - including the creation of their Spanish wine range across their retail arm - George is currently working at the independent wine merchants Haynes Hanson & Clark in Stow-on-the-Wold. With strong links with Oxford Colleges and the local community, he is delighted to be, as Beltrán put it, a “Sherry Ambassador” in the UK.