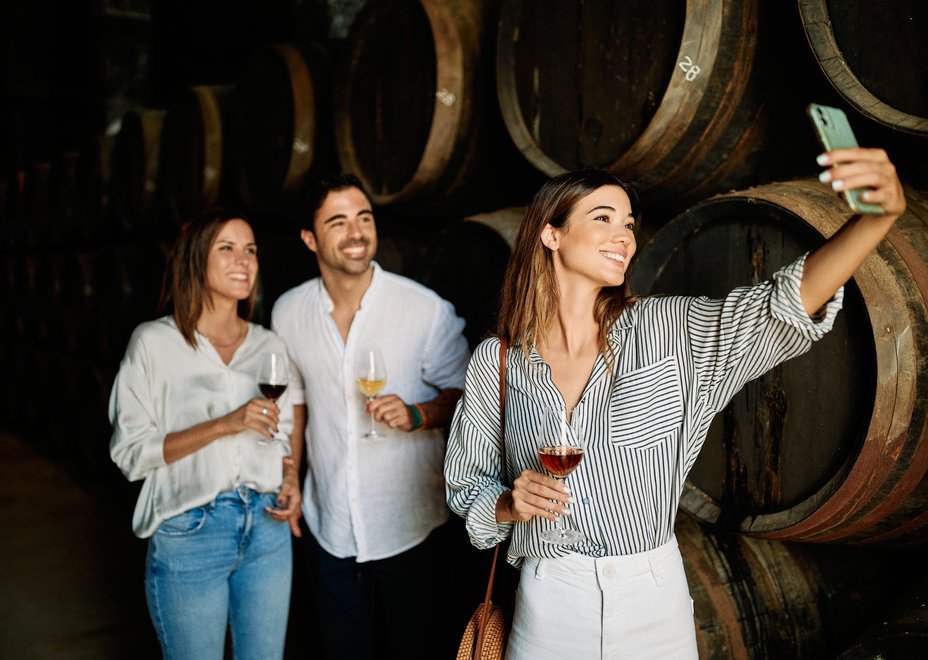 EXPERIENCES IN THE FIRST PERSON

“Discovering the essence of a region by learning about its wines is an experience which gratifies all five of our senses.”

Enoturism goes further than just getting to know places, their monuments and people: it also involves immersing ourselves in a world of sensations, aromas and tastes which help us to discover the culture, tradition and customs of a wine-growing region.

Visit the famous cathedral-like structures of the bodegas, learn first hand about the characteristic sherry production process, spend the night in a country house surrounded by vineyards, learn the subtle art of tasting and discover the perfect gastronomic combination for each type of wine.

The Jerez Region provides a never-ending variety of wine-related tourist activities; a myriad of ways to experience the rich wine-culture of Jerez. Not forgetting the chance to visit the extensive natural and historical heritage of thousand year-old cities and a privileged region whose climate provides yet another reason to make your visit worthwhile.

This hospitable land, birthplace of Sherry wine, of the purest flamenco and of horses which are admired throughout the world, has for centuries received the praise of travellers from all around the globe, captivated by its charm. Poets, scientists, philosophers and celebrities of all types have immortalised in their works the experience of having consumed our wines at their very source.

The most visited Bodegas in Europe

The tourist potential of the bodegas in the Jerez Region is a reality which has been well known for years and joins the many existing tourist attractions of neighbouring towns in the area: extensive beaches, beautiful scenery, monumental cities and innumerable cultural events.

In the 1960's the Sherry firms of the Jerez Region were pioneers as far as promoting wine tourism is concerned, opening their doors to visitors and, in addition to the traditional hospitality of the region, providing a high degree of professionalism in satisfying the needs of a growing number of visitors.

Not in vain are the bodegas in the Jerez Region currently the most visited in all Europe, attracting over half a million visitors each year. 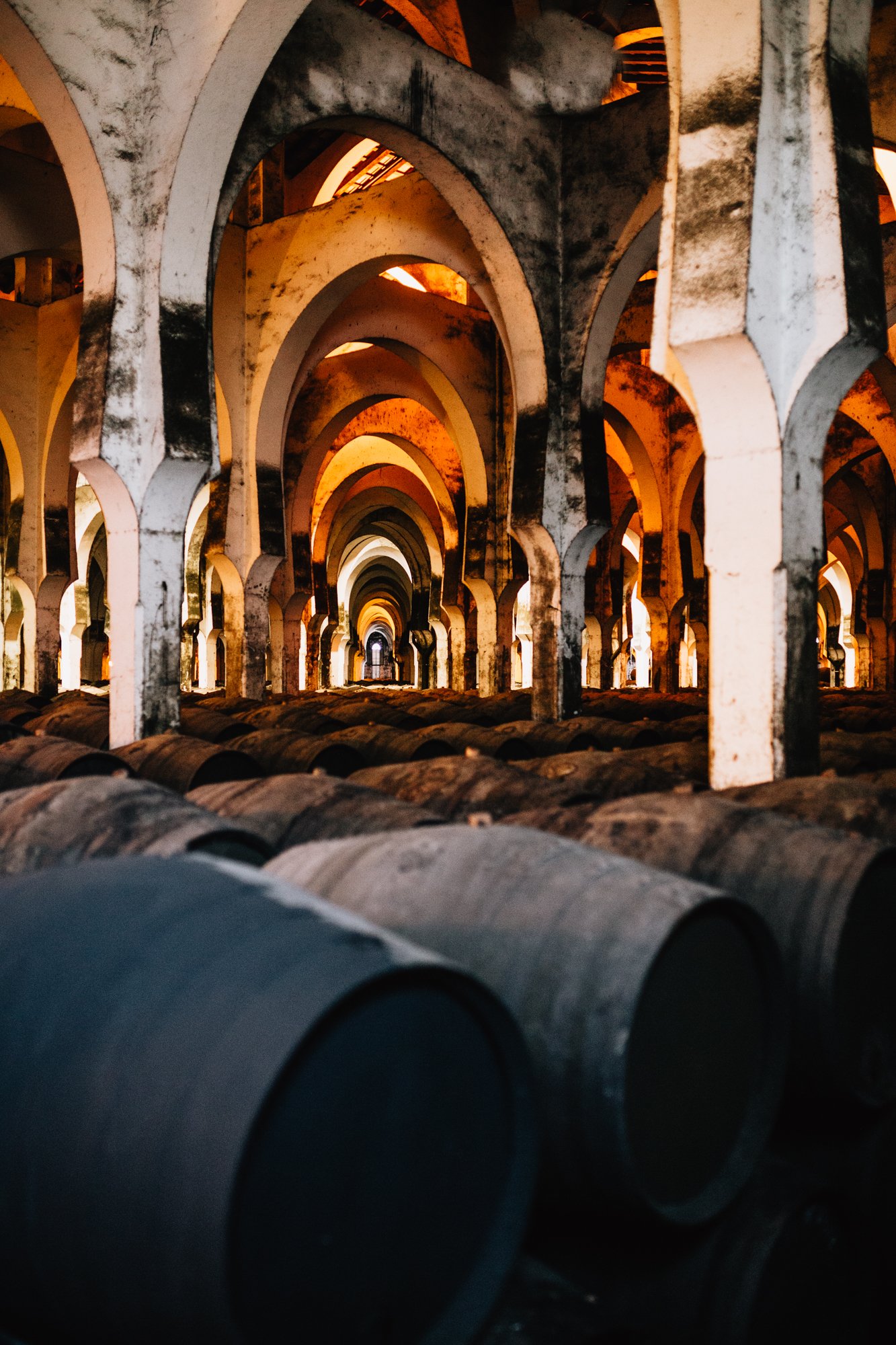 The cathedral-bodegas are unchallenged, the Jerez region's most impressive contribution to wine architecture.

Enjoy the passion in its origin

Sherry wines, universal and ancient, are a key element of the identity of its people and its cities. Marco de Jerez is also the privileged geographical triangle where wines, brandies, and vinegars have their origin, the result of a long history and a genuine production process.

In order to unite this solid tourist offer and to be able to bring together the multiple oenological attractions of the area, in 2006 the Marco de Jerez Wine and Brandy Routes were created. Wineries, wine bars, hotels, restaurants, museums and entertainment companies from all the cities of the Framework, together with their respective Town Halls and the Regulatory Councils for Wine and Brandy de Jerez, have joined forces to make an initiative a reality that responds to the new demands that quality wine tourism brings with it.

The Marco de Jerez Wine and Brandy Routes Association groups more than 100 associated establishments and bases its philosophy on continuous improvement and the conviction of the attractiveness and importance of Wine and Brandy as cultural elements that make up the Jerez Framework. Sherry. In addition, by promoting the development of wine tourism, it wants to contribute its grain of sand to boosting the economy of the area, while promoting the conservation of the natural environment.

The Route has been certified with the Quality Mark "Wine Routes of Spain" in January 2007, after passing the corresponding external audit process to which it has been subjected, throughout which it has been possible to verify the high quality of the service offered by participating establishments.