THE CLASSIFICATION OF THE WINES

Towards the end of December the new wines have already undergone the racking off process, that is to say that they have been separated from solids after fermentation and are ready for the first classification.

Depending upon a variety of different factors, such as the particular conditions of the harvest, the origin of the grape, the pressure applied at the time of obtaining the juice from the grape, the different batches of base wine exhibit different organoleptic and even analytic characteristics.

“Nothing, however, can substitute the verdict of an expert taster, whose nose is able to decide the most appropriate future for each batch of wine.”

Why fortify the wines

The tasters will sample each batch of new wine and classify it into two groups:

The decisions made by the tasters are often based upon laboratory analyses and, to a great extent, are conditioned by the way in which the harvest, must extraction and fermentation have been performed. 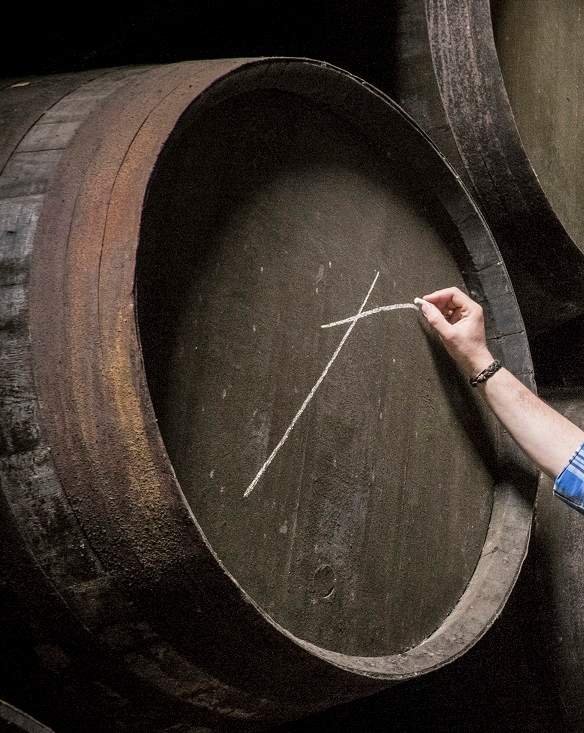 Perhaps one of the best known characteristics of Sherry is that it is a fortified wine, one to which a certain amount of wine alcohol has been added in order to slightly raise its final alcoholic content.

This practice originated centuries ago in the need to stabilise wines which were to be consumed in distant markets and thus needed to be "protected" during their long overseas voyages. Nowadays the practice has been maintained but for very different oenological reasons.

What is the aim of fortification?

Fortification is a technique used by the bodeguero in order to decide upon the type of ageing to which each wine will be submitted. Depending upon its final alcoholic strength, the wine will develop inside the cask according to one of the two ageing systems used to produce sherry.

By bringing the alcoholic strength of the wine up to 15% per cent by volume we are providing an alcoholic strength sufficient to allow the yeast cells to form the flor, but at the same time intolerable for other micro-organisms to develop in the wine. In short, we are selecting the type of biological activity which we wish the wine to undergo, which is that developed by the yeast responsible for the film of flor. The flor will then cover the surface of the wine and thus prevent its oxidation, facilitating a whole series of changes to its composition: a process known as 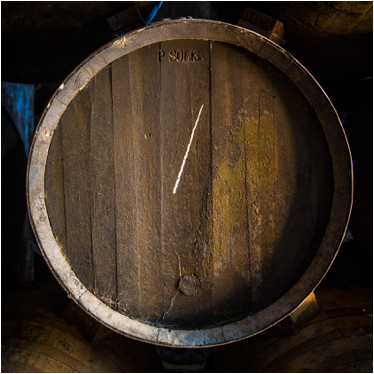 With an alcoholic strength of over 17 per cent by volume, biological activity becomes impossible to sustain. Not even the yeast cells in the flor, which are especially resistant to alcohol, are able to survive under such conditions.

The wine is therefore destined to lose its film of flor and along with it the protection which it provided against contact with oxygen. Once in direct contact with air the wine begins to undergo a slow but inexorable process of oxidation, easily appreciated by the gradual darkening in the colour of the wine. 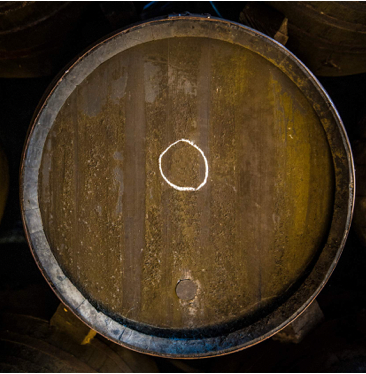 Both types of ageing produce different types of sherry wine, this therefore being one of the key factors when it comes to understanding the immense diversity of Sherry Wine.

Sobretablas and the Second Classification

After fortification, the young wines are ready to leave the tanks and carry on their way to the wooden butts which will be their only home until the time for bottling arrives.

If the wines are classified for oxidative ageing then the future olorosos are clearly identified as such from the very first day, this not being the case with those wines classified for ageing under the film of flor.

The olorosos, which in the first classification were considered by the tasters to possess a defined structure and suitable organoleptic characteristics, once fortified then take their place in the ageing systems. Nevertheless, it is not unusual for wines from the same harvest which have been classified as olorosos to then all be stored together in what is known as an añada, from where quantities will be transferred to the oloroso criaderas during the year in an operation known as a trasiego.

This intermediate stage between the first classification and final entrance into the ageing system is absolutely essential in the case wines fortified to 15 per cent by volume - those in which the film of flor is to be preserved - and at this stage of the process receives the name of sobretablas.

The sobretablas stage is of enormous importance given that during the first few months of life the wine will gradually develop and acquire the distinguishing features that will earmark it as suitable for a specific final wine type. It must be remembered that the first classification was carried out by the tasters when the wine was but a few weeks old. After a period which can oscillate between six months and a year, the tasters once again analyse each of the butts in order to carry out the second classification. In this case not only is the job a much more time-consuming process (the wine is now contained in 500 litre butts instead of 50,000 litre tanks), but the range of options open to the tasters is also a much wider one.

Those butts in which the flor is still present and flourishing after these first few months, actively protecting the enclosed wine from oxidation and subtly transforming its initial characteristics, are marked with the classic palma symbol chalked on the cask to indicate the degree of fineness which the wine has acquired. These are wines clearly destined for ageing below the film of flor, in which the initial paleness of the wine has been maintained or even enhanced and which are now beginning to exhibit the characteristic sharpness endowed by the flor.

On certain occasions some of the butts in which the flor still remains are marked with the classic "palo cortado" symbol by which the cellar-master indicates that they are wines which, despite their fineness and apparent suitability for biological ageing, are going to be "re-directed" by means of oxidative ageing. These are very special wines, classified as such according to the particular criteria of each sherry firm and which, after a period of sobretablas under the film of flor, are then further fortified to bring their alcoholic strength up to 17 per cent by volume in order to initiate the second stage of what will be their definitive ageing process, oxidative in character.

In other cases once the sobretablas stage has been completed, and despite having been initially classified as apt for biological ageing, the condition of the flor on the surface of the wine the wine may be observed to be less vigorous than it should. In some cases large gaps may be observed in the film of yeast, or it may even have disappeared altogether, in which case there is no option but to surrender before the true vocation of the wine itself and fortify it to 17 per cent by volume so that a process of oxidative ageing may give rise to oloroso sherries.

Finally this is also the time to identify those wines which, for different reasons, do not exhibit the qualities required by the different types of sherry wine. Either due to high levels of volatile acidity (in which case they are used to refresh criaderas used to produce Sherry Vinegar) or for any other reason which may cause the tasters to classify them as "unsuitable".

After the exhaustive selection process of the second classification, the wines are now ready to feed the criaderas of the different ageing systems.