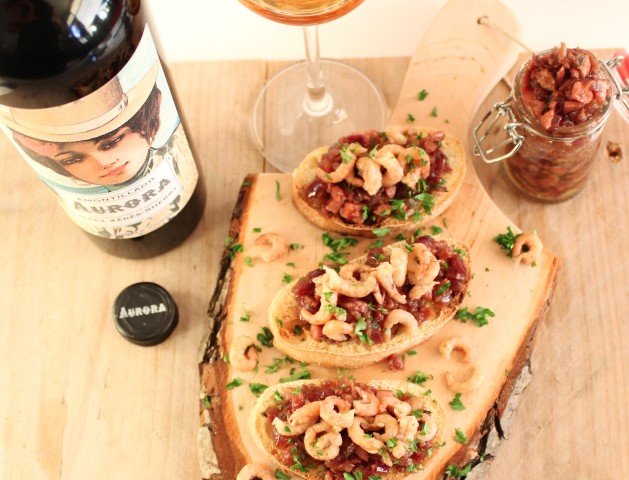 In this sherry I also thought of sultry afternoons; nice on the balcony.. What is more perfect than a delicious snack! And I was looking for something nutty/sweet/greasy to stand up against the acids in the sherry. And what is better than a nice piece of ham? ;) By coincidence I had eaten a sandwich with bacon jam during a barbecue workshop; and that seemed like a great combination with the shrimp and the sherry. At my butcher they also had South Holland (the province in NL where I live) bacon from their own pigs, so together with the Dutch grey shrimps I can not make it more local. Let's get to work!

1. Cut the bacon into cubes of 1 by 1 centimeter 2. Heat the sunflower oil in a pan with a thick bottom (for example such a creuset pan) and fry the bacon cubes on low heat around. 3. Scoop the meat out of the pan with a slotted spoon and place on a cutting board.

4. Fry the onion in the remaining fat. Then add half of the thyme. 5. Cut the bacon cubes even finer, so that you have small pieces and put them back in the pan. 6. Add the sugar, sherry and water, stir well and let simmer (± 15 minutes) until you have almost no moisture in the pan. 7. Taste and season with pepper, salt, balsamic vinegar, extra virgin olive oil (the jam will shine beautifully) and the rest of the fresh thyme.

2. Fry the ciabatta slices in a crispy oven for 4 minutes

Spread the crostini with the bacon jam and top off with a generous spoon of Dutch grey shrimps and finely chopped parsley. Serve with the Aurora Amontillado for a summer flavor explosion! 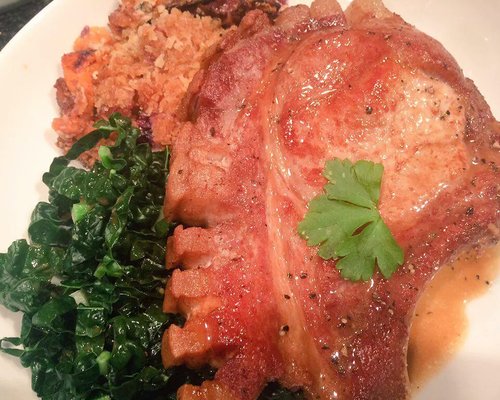 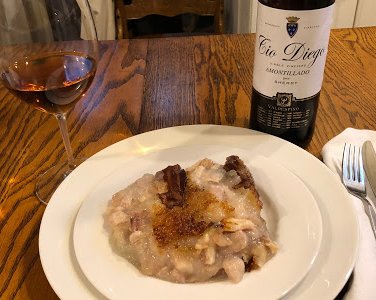