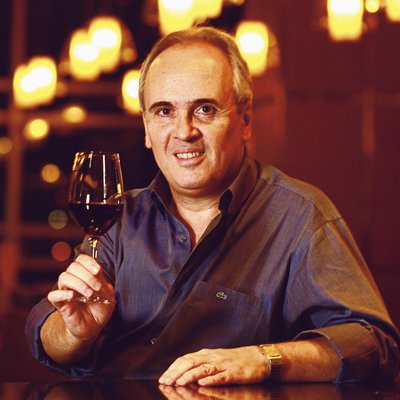 Arthur Piccolomini de Azevedo began his studies on wine in 1991, first self-taught, attending wine fraternities. Later, in 1997, joined the Brazilian Association of Sommeliers-SP, where he made his professional training in wines in all courses offered by the organization. In 1998 he was elected Executive Director of ABS-SP and since then has occupied executive positions in it, being its president three times, the last of then beggining in April 2015.Since 2006 holds the position of Course Director, responsible for the Professional Sommeliers training course as well as other courses of ABS-SP. He also teaches in all courses taught at ABS-SP, Sao Paulo Branch and in the interior of State. Is also an Executive Director of ABS-Brazil, an entity affiliated with the Association Internationale de la Sommelerie, with headquarters in Paris, France.In 2000 he began his professional activity in the wine industry as a consultant for various importers. He was, for five years, editor and columnist of Wine Style magazine. Presently he is a columnist for several publications in Brazil, besides a collaborator for international books such as The World Atlas of Wine (Jancis Robinson and Hugh Johnson) and Larousse Encyclopedia of Wine. He is also editor of the website Artwine (www.artwine.com.br) and consultant for Artwine Wine Consulting.. He is also the editor of the Artwine (www.artwine.com.br) website and the consultant for Artwine Wine Consulting. and works actively as speaker on wine at corporate and executive events, and assists international entities in events held in Brazil and abroad. First Brazilian to obtain the title of " Formador Homologado del Vino de Jerez ", granted by the Consejos Reguladores del Marco de Jerez. His work promoting wine and training professionals gave him the honor to receive titles from prestigious entities such as Commanderie du Bontemps Médoc et Graves-Sauternes et Barsac in Bordeaux, and the Ordre des Coteaux de Champagne, both in France, as well as the Confraria do Vinho do Porto, Confraria dos Enófilos do Alentejo, Confraria dos Vinhos da Bairrada e Confraria dos Vinhos da Ilha da Madeira, in Portugal.
He had been responsible, (1998 / 2015) for the internationally award-winning Wine List of TAM airlines. TAM Wine List received, in the Business Traveller Magazine "Cellar in the Sky" Contest, the awards for Best First Class White Wine (2009), Best First Class Red Wine (2012), the title of airline that most improved the First Class wine list (2012) and Best Business Class Red Wine (2013 ).His training in medicine took place at the Faculdade de Medicina da Universidade de São Paulo (SP), where he later specialized in Pediatrics, profession he held for 30 years until 2008, when he quit the medical activity to devote entirely to his consulting work, lectures, training professionals and journalism specializing in wine.