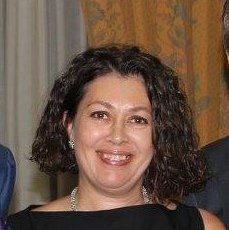 Born, raised and based in Athens, Greece, she is a chemist graduate of the Athens University with postgraduate studies in oenology at both Universities of Athens and Bordeaux. She has, also, attended special education in degustation and neurophysiology of taste at the University of Bordeaux and speaks Greek, English and French.
With more than 15 years of experience, Athena worked in Greece and France, at the production and quality control, but also in marketing. From 2003, she is co-owner, co-operator, wine consultant and educator at All About Wine, a family run business, that operates in the wholesale trade, import and distribution of fine wines, spirits, microbrewery beers from Greece and the world.
From her early student years, Athena, loved sherry wines and took the opportunity to organize, for the first time in Greece, the events of sherry week in 2015. One of her dreams came true in September 2016, when she proudly became a certified sherry educator.