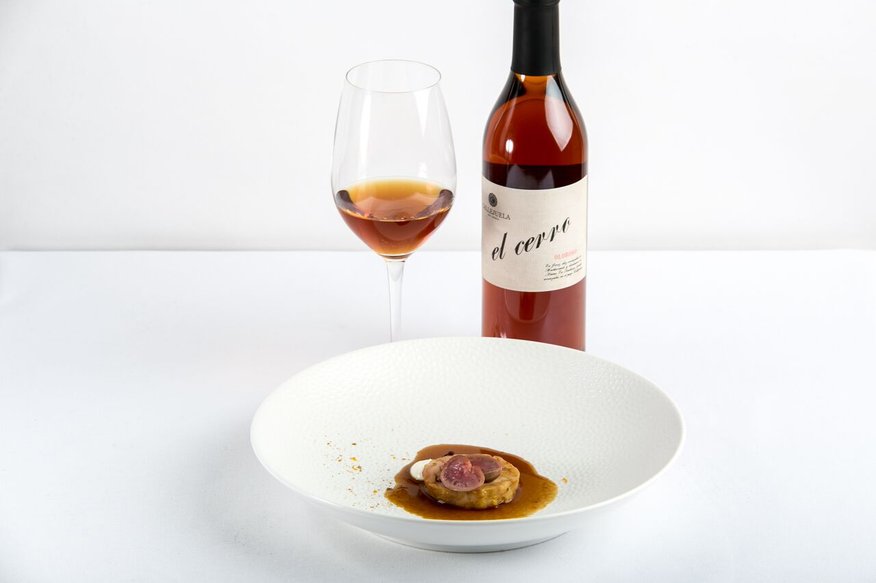 Winning team of the VII edition of Copa Jerez, Podium onder de Dom of Holland share why they chose to marry Oloroso El Cerro wine from Bodegas Callejuela with their main dish. "Because we worked with rabbit, which is quite soft and tender in taste we were looking for a Sherry which wouldn’t overpower the delicacy of the meat. El Cerro is an Oloroso which is aged for a long period (+- 25 years), but still kept its delicacy. Because we served it at about 16 degrees, the wine showed it’s softer side and it tempered the alcohol. The wine let’s the rabbit speak for itself and picks up the spicyness of the hidustan masala. The orange zest matches well with the freshness of the wine and the wine strenghtens the citrus notes in the dish. 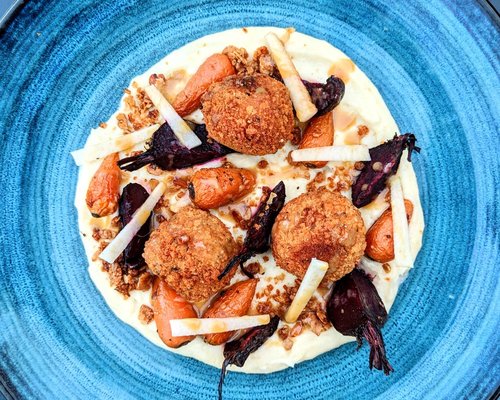 The perfect pairing for Oloroso Sherry

The ideal temperature at which to serve an Oloroso is at between 12 and 14ºC.

This is the most suitable wine to accompany red meat and game. It combines perfectly with meat stews and casseroles; especially gelatinous meat such as bull's tail or cheeks. The perfect match for wild mushrooms and well cured cheeses.