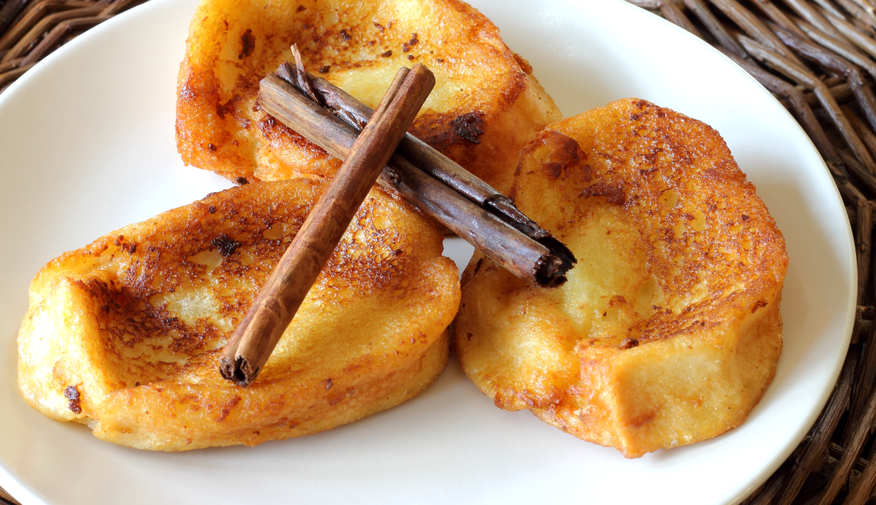 The British might call torrijas bread pudding, while the Americans would probably see it as a Spanish variation of “French Toast.” This “sweet” is traditionally eaten during Lent, the 40-day period before Easter. It is believed that torrijas originated in Andalucian convents during the XV century as a way to use up stale bread.

Pour the milk and wine into a medium-size mixing bowl. Add the egg and beat together.  Pour enough oil into a large frying pan to cover the bottom and heat on medium.  If you are using stale white bread, place one slice in the milk-egg mixture and quickly flip it over with a fork. Make sure that the bowl is next to the frying pan, so you can quickly transfer it from the bowl to the heated pan.

If you use a stale baguette, slices should be at least 1/2 inch thick. If the bread is more than a day old, you may need to soak the bread for 2-3 minutes or more, so that it softens up. Carefully lift the bread out of the mixture and let the excess milk drain before placing the bread in the frying pan. Repeat for each of the other slices.

After 2-3 minutes, check the bottom of the bread. As the slices turn golden, turn each one.

Remove each piece from the pan and place on a plate. Sprinkle the top with sugar and cinnamon. If you prefer, drizzle honey over the top. Serve immediately. 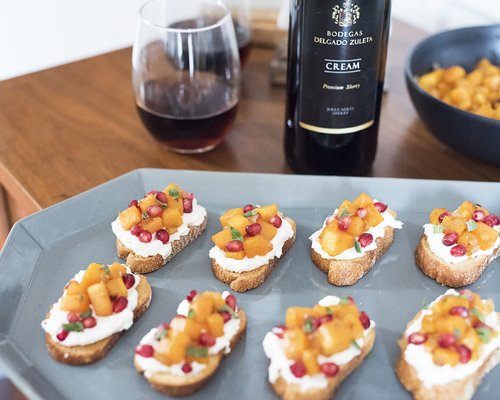 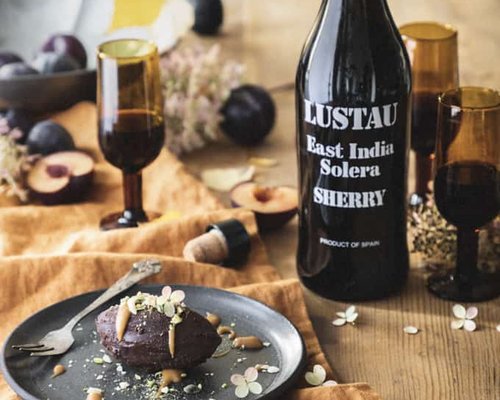 The ideal temperature at which to serve a Cream is 12ºC. It may also be consumed as an aperitif, or as a cocktail served with ice and a slice of orange.

It is the ideal dessert wine; perfect to accompany fruit (melon, orange) pastries or ice-cream. It can also be paired very well with foie gras and blue cheeses.