The secret to truly enjoying Sherry is to drink it with food. The ancient saying of "what grows together, goes together," has stuck around for a reason so why not try it alongside Andalusian cuisine? In southern Spain, the influence of the sea not only affects wine but also the traditional dishes of the region. 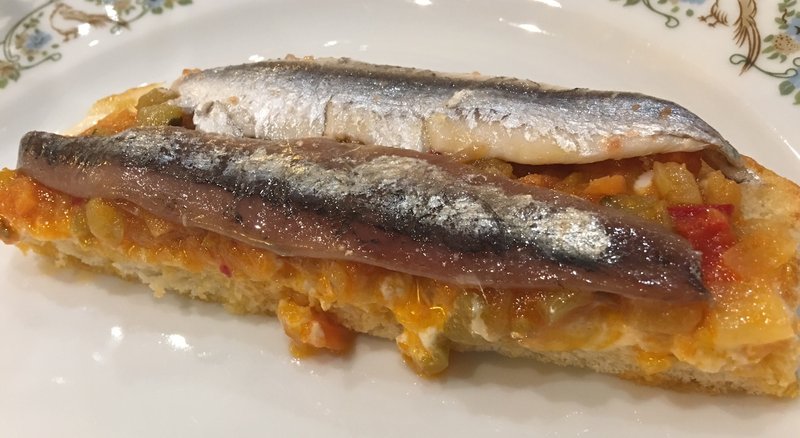 For years, the Sherry peninsula has boasted dishes rich with local seafood and produce. A glass of Manzanilla with a plate of boquerones en vinagre (fresh anchovies in vinegar) will push even the most wary diner into exploring more of what the region offers. Fresh fish and Fino/Manzanilla is a gorgeous and obvious pairing, but fried dishes offer even more complexity to the wine.

A few months ago, after spending all day tasting Sherry in Jerez, my group and I found ourselves at a local tapas bar. I thought we would all be sick of Sherry at that point. 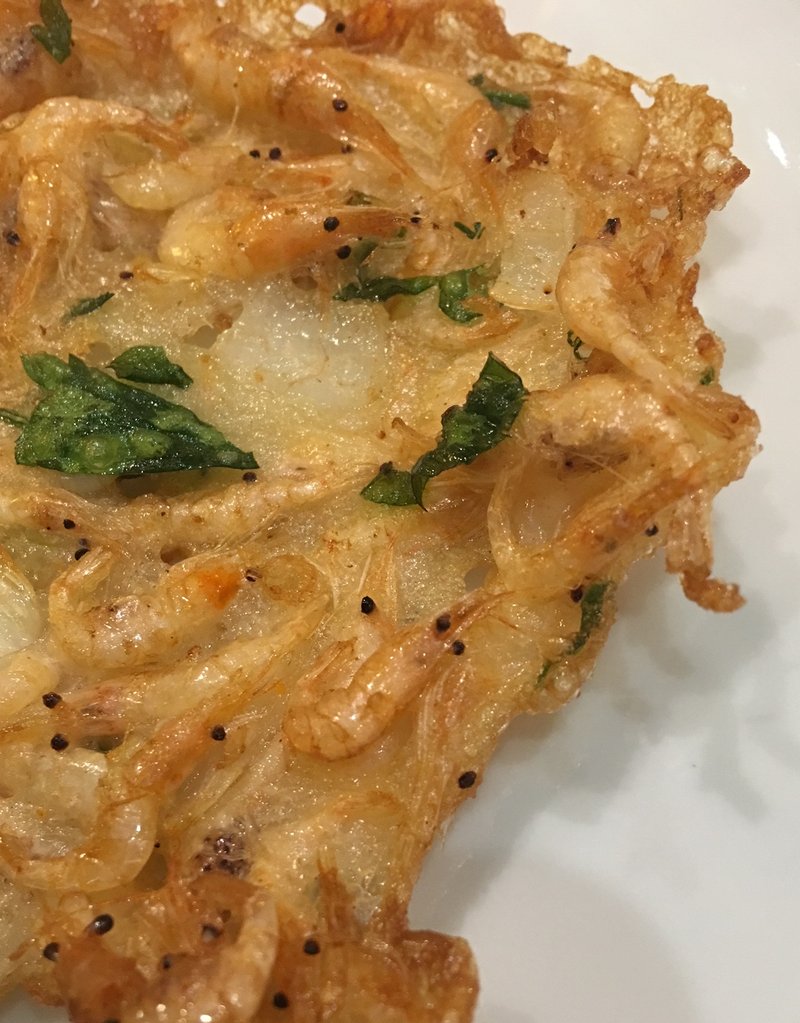 But when a heaping plate of crisp Tortillitas de Camarones (fried shrimp cakes) was dropped in front of us, everyone was clamoring to order more Manzanilla. Dishes like puntillitas (fried baby squid), pescado frito (fried fish) and ortiguillas de mar (fried sea anemones) made the sharp and refreshing wine a necessity.

For richer dishes like salmorejo, a gazpacho-esque soup made with tomatoes, garlic and olive oil and topped with chopped hard-boiled eggs and strips of Andalusian ham, we grabbed a few bottles of Oloroso. This also was great alongside jamón ibérico, a dry-cured ham produced from Iberian pigs, that we ate in absurd quantities.

For dessert, Churros or Polvos (a crumbly cookie made from flour, milk, sugar, olive oil and nuts) with a little bit of Pedro Ximénez was the perfect nightcap.

These combinations were amazing, but how could we recreate these experiences at home? Sure, many of the local specialities are hard to find outside the region, but a little creativity will allow you to emulate these dishes at home. 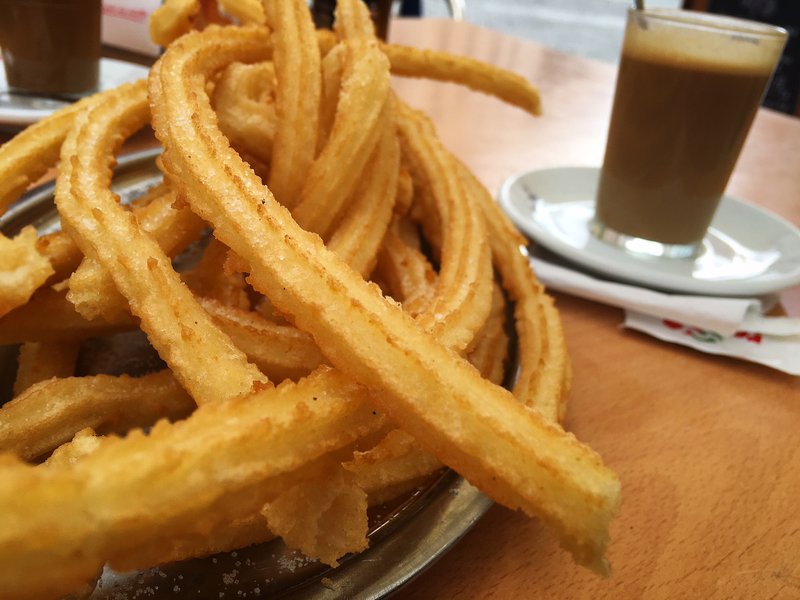 If you live in New York, check out Despaña Brand Foods, an awesome one-stop shop for anything you could possibly want from Spain. In Chicago, The Spanish Square also boasts an impressive selection. In California, The Spanish Table in Berkeley, will trick you into thinking you are in the market in Jerez. These are the places to stock up on all of your provisions. If you’re not near one of these shops, not to worry, you can always browse online and have them ship to wherever you are located. It is much cheaper than a plane ticket to Spain!

Look for brands like Don Bocarte, Cabo de Penas, Olasagasti, Dantza, Porto-Muiños and Roasara. There aren’t that many brands that export to the United States in the grand scheme of things so you can easily try them all over the course of a few homemade dinners throughout the year.

Load up on your Sherry and Spanish provisions and invite some friends over for a night of tapas. Maybe put on some flamenco music. Either way, bringing the spirit of Andalusia home is easier than you think.

This article was originally published in November 2016

Piora Wine Director Victoria James has worked in restaurants since she was just thirteen. While bartending during college, she took her first wine course and was instantly hooked. In 2011, she worked harvest for Michael Terien in Sonoma and then continued her studies with the American Sommelier Association in Viticulture and Vinification, as well as Blind Tasting.  She became certified as a Sommelier with the Court of Master Sommeliers in 2012 when she was just twenty one. Victoria became a cellar hand and bartender at downtown Manhattan’s Harry's Cafe and Steak where she helped inventory proprietor Harry Poulakakos’ legendary wine collection. She was then offered a sommelier position at Charlie Palmer's Michelin-starred Aureole in New York. After a year at Aureole, she took a sommelier position with Michael White’s Altamarea Group, first at Ristorante Morini and then at his flagship Marea, which holds two Michelin stars and three stars from The New York Times. While at Marea, she was named one of Zagat's prestigious "30 under 30" list for New York City. A keen competitor, she has also won the Ruinart Sommelier competition, Best Sommelier of the Languedoc Roussillon competition, and the Chilean Wine Challenge. Victoria joined the Piora team in the fall of 2015. She oversees the Michelin-starred wine list featuring 400 labels from small producers in Italy, France and the United States with a special focus on Champagne and Switzerland. Here she has been named Forbes '10 innovators under 30 shaking up the NY food scene' as well as 'New York's Youngest Sommelier' by The Back Label magazine.