"No matter what time it is, there’s a Sherry Wine for each moment"

Pitu Roca has a great staff to assist him in creating a unique atmosphere at the restaurant.  A staff made up of an entire team of sommeliers—actually, nearly every table has a sommelier. This not only gives you an idea of how important wineis for the Roca brothers, but also how much their guests,who come from around the world to dine at their restaurant, mean to them.

“If I could be a Sherry Wine, I’d like to be an Amontillado— somewhat introverted, owing to its biological ageing and with another, more expansive side to it, which comes from its oxidative stage” says Pitu. There’s evident passion and devotion when he refers to Sherry Wines, nothing new about that. But when he does, he is taken back to his childhood days, recalling the bottles of Fino at the bar as he played in his parents’ restaurant, Can Roca, where many of the clients were Andalusians who had come to Girona to find work. Today, there is still a special place for Jerez Region wines at El Celler de Can Roca: they await in a kind of “chapel” and the meantime, a fistful of albariza soil from the Marcharnudo terroir tokeep them company so they will always feel at home. 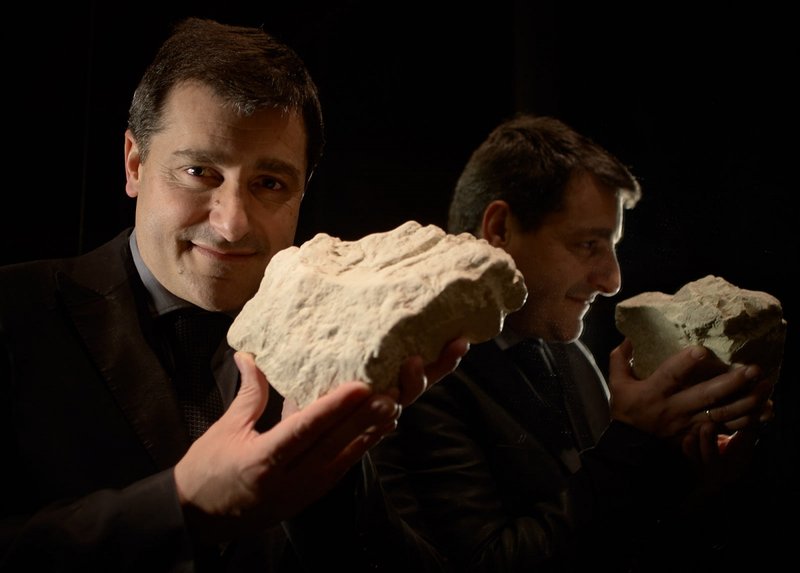 When confronted with the question of who he’d like to enjoy a glass of unfiltered (en rama) manzanilla with, Josep answers unequivocally, “Definitely with my wife, my family, my closest friends…any time. Because it’s alive, brimming with life, it’s pure joy.”

In this man’s imagery of Sherry Wines, there’s always the sound of buleríasin the background, because music has always played a vital role in his connection to wine. On many occasions, live music and sherry have harmonised at his public tastings, from a classical string quartet to the piano of Chucho Valdés or the flamenco guitar-playing of Diego del Morao. That’s why it comes as no surprise when asked which historical figure he would choose to share a glass of sherry with, he says: “I’d love to have had a glass of Sherry with Verdi when he was here in Jerez. He even bought his own barrel of wine to take back home with him!”

Going back to his family roots and his origins, we ask Pitu about who he’d raise a toast to…someone who is no longer with us. “When I’m asked this question, I always think of my grandmother because she was such a fun-loving, joyful person, especially in the kitchen. I would’ve  loved for her to see how far we’ve come and what we’ve achieved.”

Josep’s loyalty to friends and to Sherry Wines led him to carry on the legacy of Juli Soler, a pioneer “Pata de Gallina”, by presiding the jury at the Copa Jerez International Final’s last two editions. His loyalty is verbalised when he speaks of how much he enjoys having a glass of Sherry, “When you drink a glass of Sherry, there’s a feeling of fulfilment, of joy that springs from within.  There are so many varieties, so many different colours of Sherry, you have the feeling that no matter what time it is, there’s a Sherry Wine for each moment.”