It’s an accepted fact that when the nights shorten and the frosts come there is a commensurate need for a few restorative sips. The year has moved on, and so have our palates. The vibrancy and freshness we craved in spring and summer has been replaced by a need for flavours which are richer and darker. We appear to be hard-wired to associate specific flavours with times of the year.

When people are stuck with an aroma during a whisky training session, I ask them what season it reminds them of. If they then say 'winter’, I ask them why and the descriptors which were so elusive a second before come flooding out: dried fruit, walnut, clove, mulled spices. The block has been bypassed. There’s only one style of whisky which gives you all of these, one which has been aged in an ex-sherry cask.

Scotch whisky has been aged in this type of cask from the start of its commercialisation in the early 19th century and the two industries are intertwined - the whisky industry keeps cooperages in Jerez operational, and many sherry bodegas season casks for Scottish distillers. The flavours of Spanish oak from the northern forests and sherry wines - classically oloroso, but increasingly PX as well - are slowly integrated into the spirit, making it a complex fusion of the flavours of Scotland, Galicia, and Andalucia.

It is also interesting - if somewhat frustrating - that the people who give such great responses to ‘winter whisky’ flavours, are actually also describing those which they could find in sherry - if only they drank it. 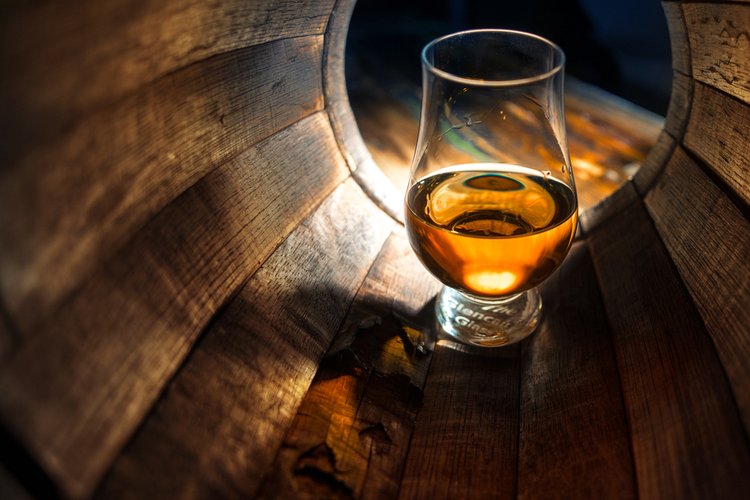 So perhaps it is time for an early New Year’s resolution. This Christmas, all whisky drinkers will also have a sherry (and for the sake of balance all sherry drinkers should also try a sherry cask whisky: head for Macallan, Glendronach, Glenfarclas, or Tamdhu).

What to try though?

While fino and manzanilla are always a great way to sharpen the palate, this is a time of year when sherry’s oxidised styles take charge. Think of amontillado’s toasted almond notes, and tiny hints of sweetness from dried soft fruits, as if late summer is fading in your mouth.

Then there’s weightier dry oloroso with its mix of walnut, figs, chocolate, cheese, even maltiness; or palo cortado’s remarkable, complex melange of citrus, roast chestnut, coffee and dried fruit, bound together with a twang of acidity. Finally, for extra indulgence, you can seek refuge in PX’s rich, sweet, raisined depths.

Each of these have a a bittersweet, liquorous depth to them, a certain langour which helps the sherry to stay - or in PX’s case stick - to the palate. There is concentration and depth, while the acidity is almost like the sharp intake of breath when you step out into the cold winter air. They match the time of year and the mood of the drinker.

So, whisky drinkers out there, instead of reaching for your usual dram, reach for the sherry first and drink in the flavours of the season. You won’t regret it.

Born in Glasgow, lives in Hove. Makes a living from writing about spirits - and sherry. He's been doing it for almost 30 years. Has won a few awards.