Restaurants, bars, wine stores and food markets across four continents will welcome Sherry aficionados, as well as those starting out on their journey of discovery of the hugely versatile fortified wines from Jerez. They will taste Sherry cocktails, enjoy culinary challenges, and try dishes paired expertly with the rich, complex flavours of aged and blended wines at a range of high-quality events. 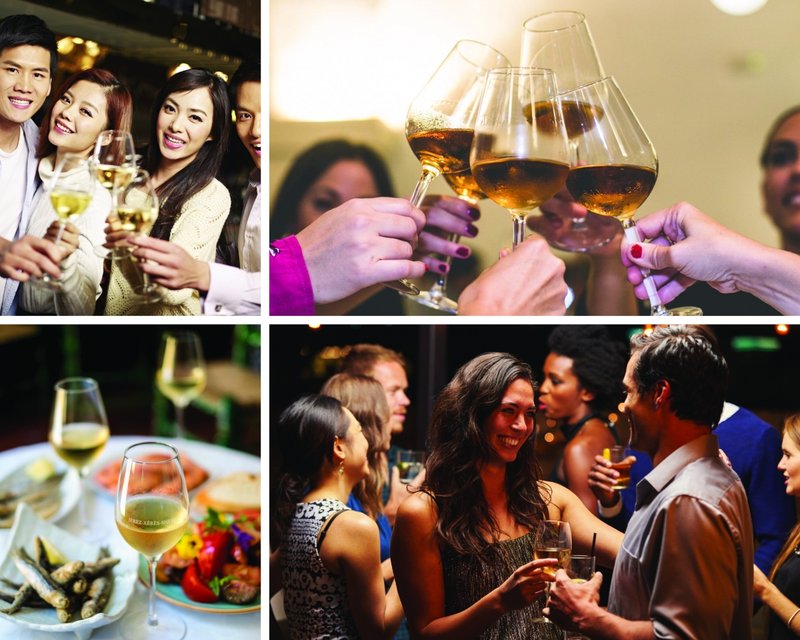 From Brazil to Belgium – across four continents

The Sherry Week map shows hundreds of exciting events around the world- in Asia, Japan has consistently shown a strong presence in Sherry Week, while in Europe, Sherry-lovers can attend more than 500 events in the UK and Spain; in the Netherlands, a Sherry cocktail competition will fire up mixologists’ creativity. As always, the US offers a varied progamme of fun and innovative Sherry-themed activities, while Brazil is capitalizing on the country’s new love affair with Sherry.

New developments for this year’s ISW include:

• Instore Sherry tastings at 60 wine shops across the United Kingdom

• Full programme of Sherry tastings and masterclasses in Sao Paolo

• Sherry and tapas at food markets in Madrid

An impressive 60 wine stores across the country will host week-long instore Sherry tastings and events.  Also in London, Spanish restaurateur and cookbook author Jose Pizarro will host a private Sherry pairing dinner – using his new limited-edition Bohemian crystal Sherry glasses - at his gastro pub The Swan Inn, along with a guest celebrity chef.

For the Sherry Week pour-and-pair cocktail competition at Ayla tapas bar in Rotterdam, entrants must create a cocktail based on Spain’s most renowned fortified wine and pair it with any tapa, dessert or snack; the winning cocktail will be served during the Christmas season.

Among events organised in Washington DC by Sherry Educator and renown mixologist  Chantal Tseng are a venencia pouring relay and various events at the José Andres-owned Jaleo restaurant. At Chantal’s bar, the Petworth Citizen, there will be Sherry specials all week, with a sponsored bar crawl at the weekend.

Madrid has events in more than 40 restaurants, bars, wine shops, cocktail bars and hospitality schools, including Taberna Arzábal, Vinoteca El Telégrafo, Madrid and Darracott, and Inclán Brutal Bar, while some of the city’s most emblematic food markets will participate with Sherry and tapas pairings.

The Spanish Embassy in Sao Paolo has organised various events, including a number of tastings: for WSET students, for specialist wine trainers, for digital influencers and bartenders, and for restaurant sommeliers.

Sherry Week Blogger Competition Finalists
The 20 food and wine finalists have now been chosen: hailing from eight countries, they have a total potential audience reach of more than 200,000.  Each blogger will receive a randomly allocated bottle of Sherry and will publish their recipe to pair with the Sherry during the week of ISW.  Look out for the recipes #sherryweekblog

Win €1,000 worth of Sherry for the best ISW event
The Best ISW Event competition, sponsored by the Jerez Chamber of Commerce and the Confederation of Business of the Province of Cádiz, has a prize of €1,000-worth of Sherry Wines, based on the innovativeness and originality of their event.  To find out more, click here

Registrations for events are still open at sherryweek.wine