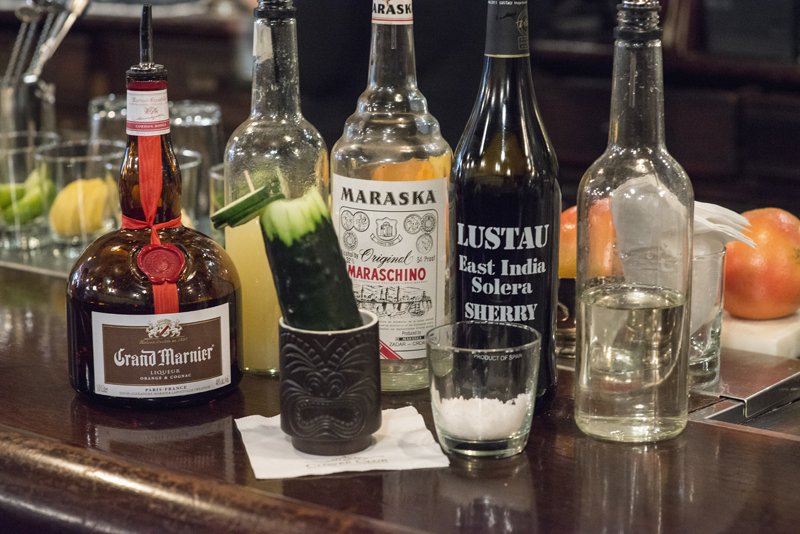 It takes its inspiration from an old Jerry Thomas Punch and as well as a drink made popular by tiki culture called a Cou Cou Comber. The cocktail itself takes more a kinda "Sherry Crusta" approach to things but using "salt" not sugar to crust the rim. It also employs a flavor "smack" technique used mainly in Australian cocktail bartending. This technique uses 3 expressions of the same flavor to bring an exciting twist the cocktail, in this case: muddled cucumber, cucumber vessel, and cucumber ice cubes. The cocktail takes its name from a very prominent salt producing region in Spain.

To make the cocktail place all ingredients in a mixing vessel and muddled.

Shake & Strain into a frozen, hollowed out cucumber with a salt encrusted rim.

Place cucumber in a vessel in which in can stand upright. 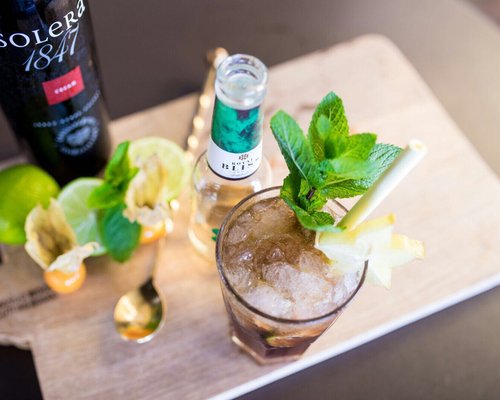 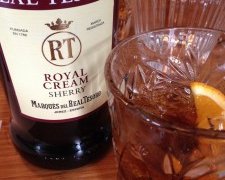 Cream on the rocks