The world’s biggest celebration of Sherry Wines on 7-13 November saw 2129 events held in 25 countries. From Instagram Lives to online tastings, cocktail competitions to podcasts and interviews, sommeliers and Sherry ambassadors communicated their passion for Sherry to aficionados and professionals alike. The Sherry-lover movement continues apace, with the ambassadors as the driving force. Events were up more than 20% on last year, as life returned to normal – for the majority of participants.

As Sherry Academy, the educational programme offered by the DO Sherry and Manzanilla, celebrates its 20th year, and with the highly successful new online courses available free of charge at sherryacademy.org now in their second year, the seeds sown over the past two decades have borne bountiful fruit. Wine & Certified Sherry Educators continue to spread the word about these wines, inspiring aficionados with their insight and passion, producing engaging, informative and educational content, and building their own micro-movements.

This year, Sherry Week had the biggest ever impact on Social Media. In total there were more than 86,500 interactions (comments, likes and shares) around content tagged #sherryweek, with a potential reach of 11.1 million (source: Brand Mentions). As well as educational posts and stories about Sherry, we saw wine professionals interviewing each other on IG Lives and podcasts, to communicate to their followers about the versatility of Sherry Wines. Twitter continues to be a highly active platform for promoting Sherry Week, with a potential reach this year of nearly 2.8 million and impacts topping 6.5 million (source: Tweetbinder). While Instagram stories cannot be quantified, we estimate around 1,000 tagged with @sherrywinesjerez were generated during the week.

Sherry Cocktails reached new heights of popularity, with Spain, China, the UK, Chile, the Netherlands, Australia and the USA all actively promoting sherry cocktails. Guest bartender Kengo Oda from the Four Seasons Tokyo brought his creative flair to 1862 Bar in Madrid; a cocktail competition in China judged by Diego Cabrera saw 284 bartenders participating. In Barcelona, cocktail bar 14 De La Rosa showed impressive dedication and initiative, designing 3 pre-mixed sherry cocktails that were personally delivered to five hip restaurants in the city, inviting them to discover Sherry as the perfect cocktail ingredient for all tastes. 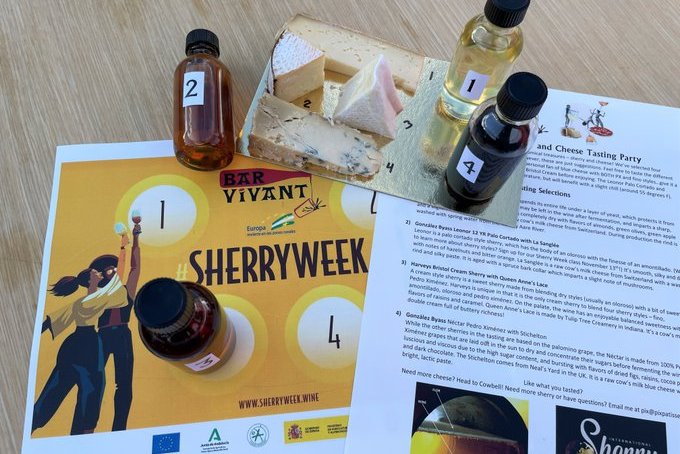 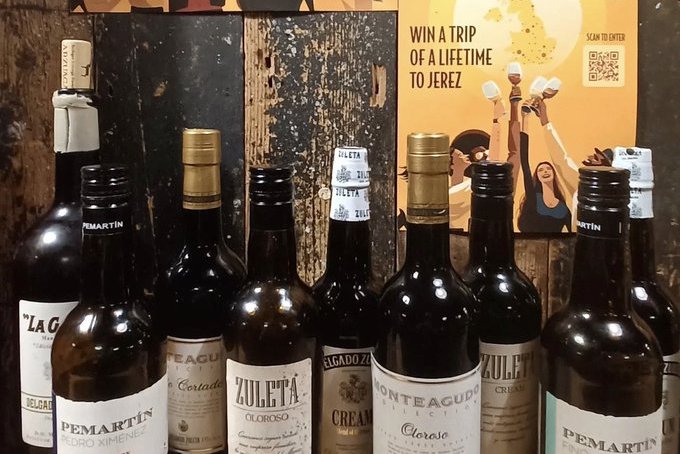 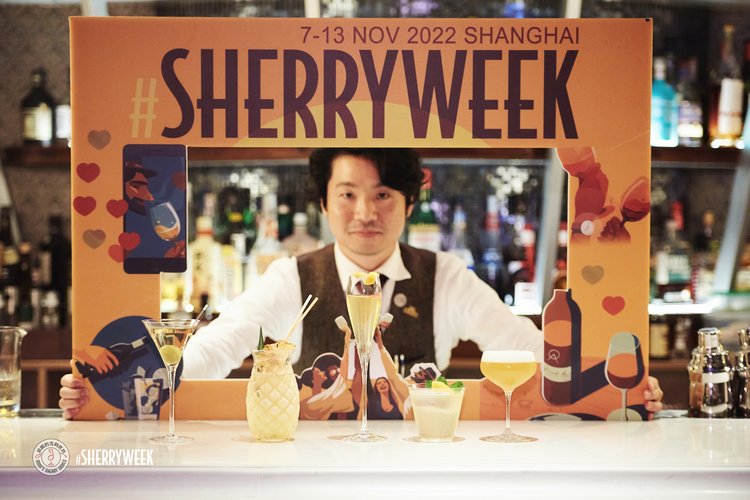 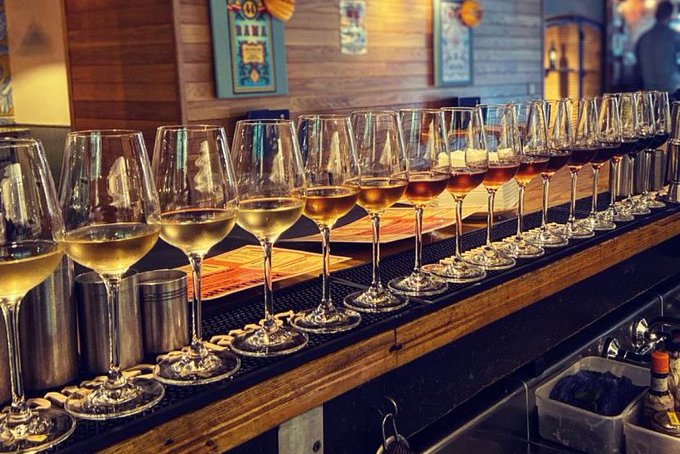 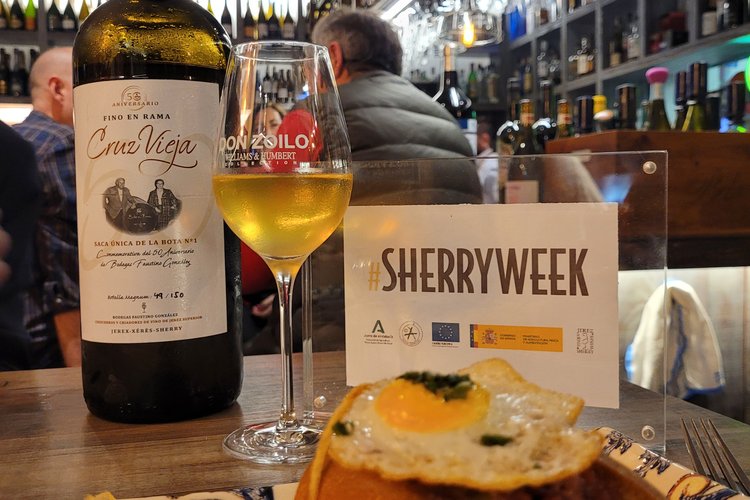 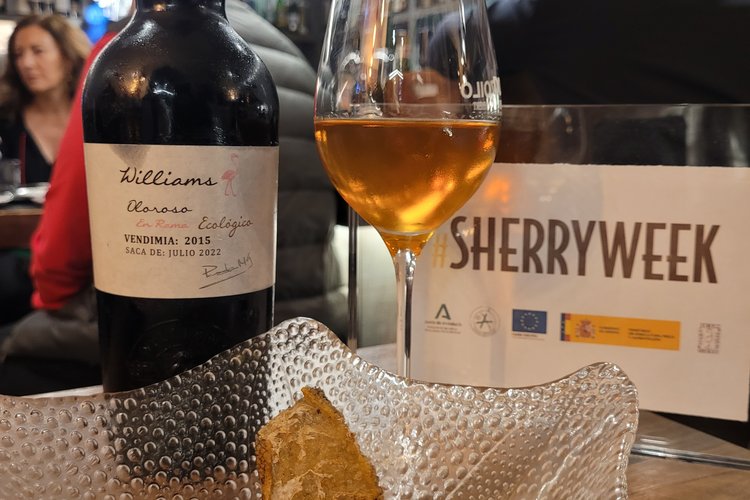 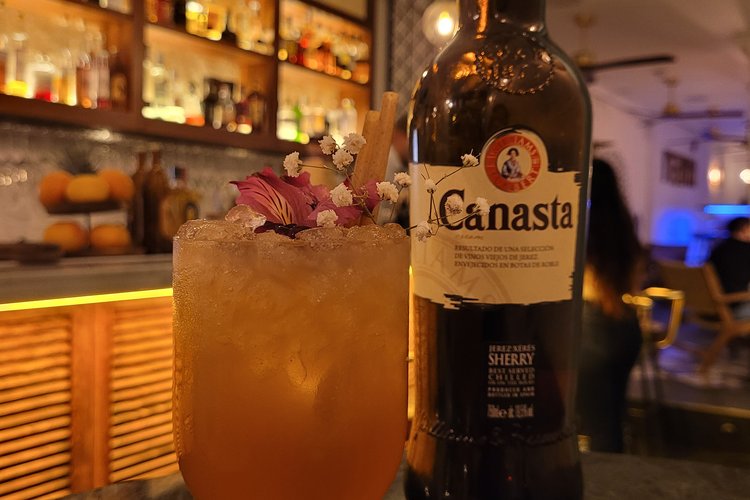 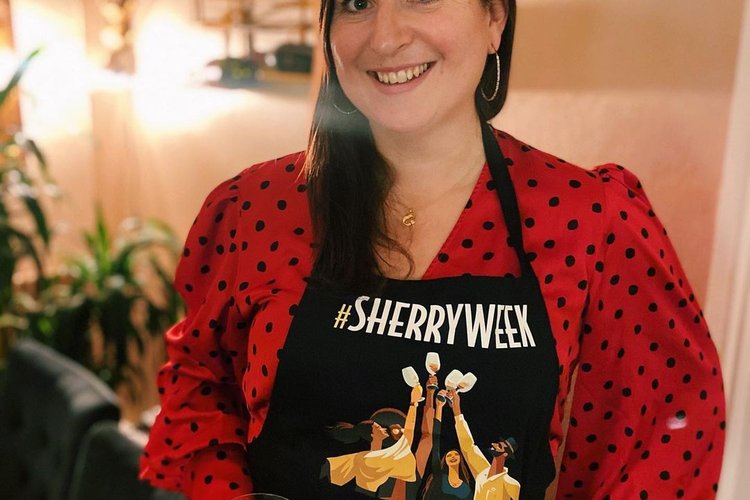 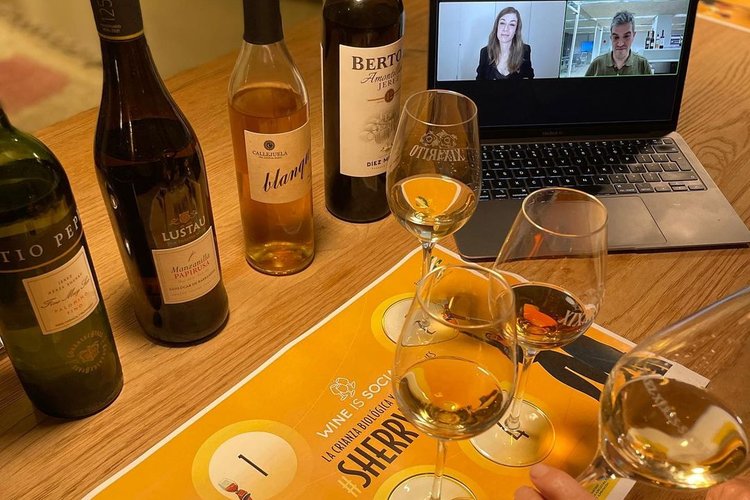 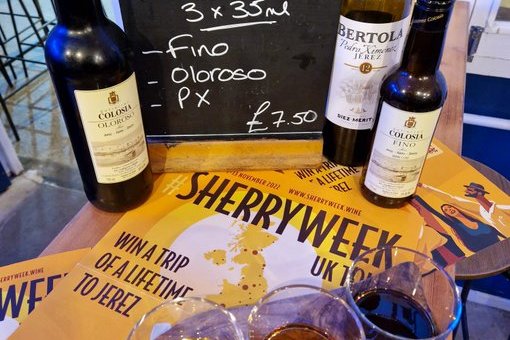 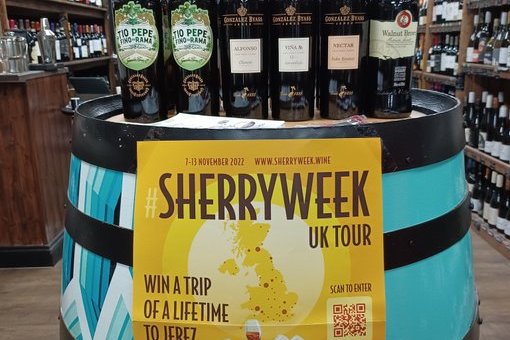 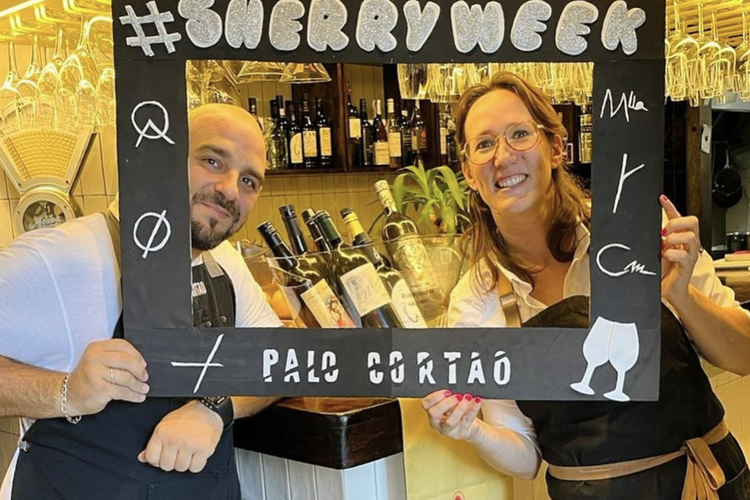 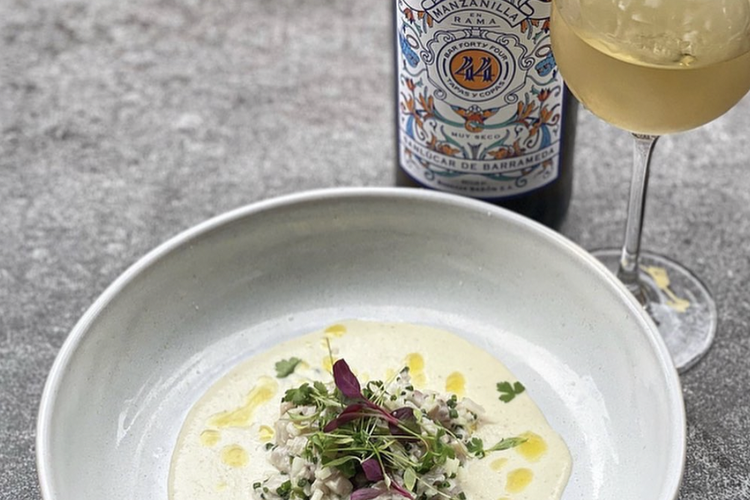 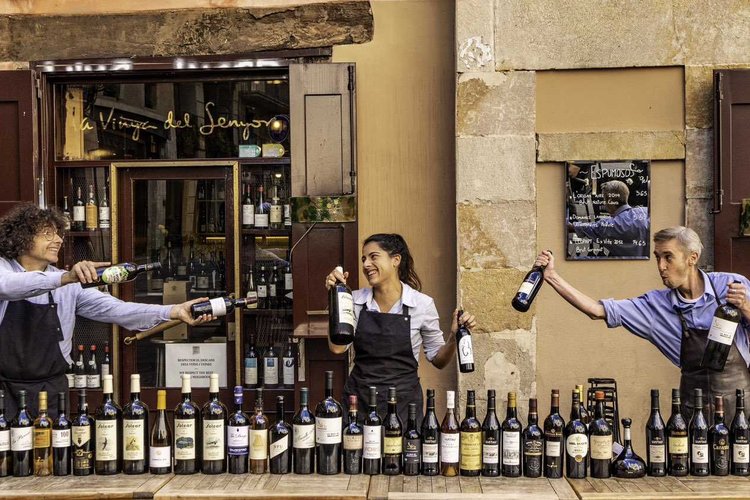 Out of the 25 countries where events were held, those with the most events were Spain, the UK, Japan, the US and Australia.

The UK saw a phenomenal increase in events: up by 220% on 2021. In addition to the 50-plus bars and restaurants across the UK registered as part of the Sherry UK Tour venues, other events included organised tastings and promotions, including a five-course tasting menu by a renowned Michelin-starred chef, a fino en rama tasting from the cask, and a tasting at the Port of Leith Distillery in Scotland.

Despite continued restrictions in Japan and China, many events still took place, including 257 in Japan. In Matsunoyama, local restaurants and hot-springs inns offered tapas paired with sherries, supporting the revival of the town’s post-COVID tourist industry at the same time as celebrating Sherry Week! Other events in the country included online retail promotions and daily "Tsukiji Gourmet" and Sherry pairings.

In China, the cocktail online masterclass by award-winning mixologist Diego Cabrera attracted 247 online participants and a further 30 in person. In the highly innovative masterclass, broadcast live online between Madrid and China, Diego explained about the extraordinary versatility of Sherry Wines as a cocktail ingredient, and offered tips and recipes for mixing with everything from botanicals to distilled liquors. Diego carried out a Sherry tasting, and also created several Sherry cocktails specifically for this event. Indeed, many bartenders who took part commented that it was the best masterclass that they had ever attended.

Other events in the Sherry region included an interactive tasting and a fino-themed tasting accompanied by music.

This year, Australia had nearly 50 events, the highest number in the nine years of Sherry Week. Bars offered pairings and other events: at Tapavino in Sydney, you could choose from delicious combinations such as amontillado with beef carpaccio, and manzanilla with sardines in escabeche, while other restaurants featured daily Sherry cocktails and Sherry flights. Along with these, a number of high-end wine stores also offered tastings. 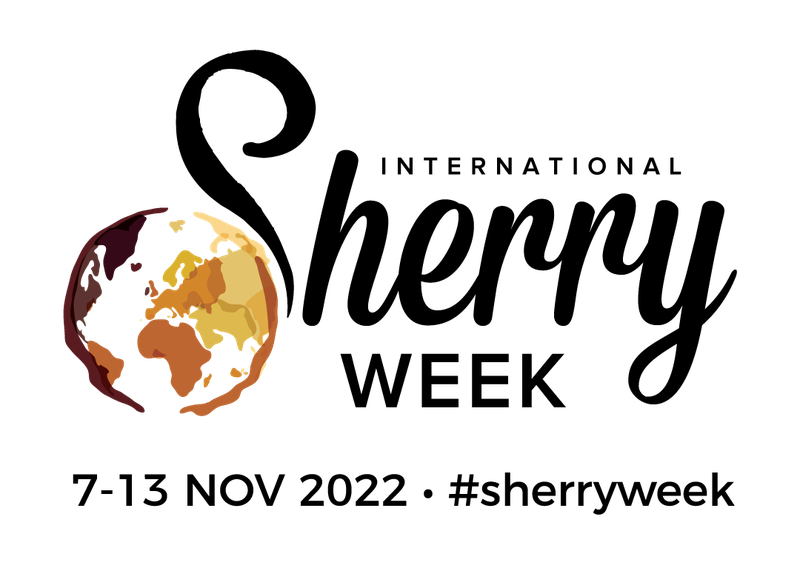 The recent changes to the DO regulations were presented by César Saldaña, president of the Sherry Regulatory Council, as an Instagram Live in English on @sherrywinesjerez with Sarah Jane Evans MW and Rick Fischer. The discussion generated hundreds of comments and questions, and is still available to watch. In fact, due to the level of interest generated, the DO is considering doing a follow-up IG live series to offer a more in-depth examination of this issue.