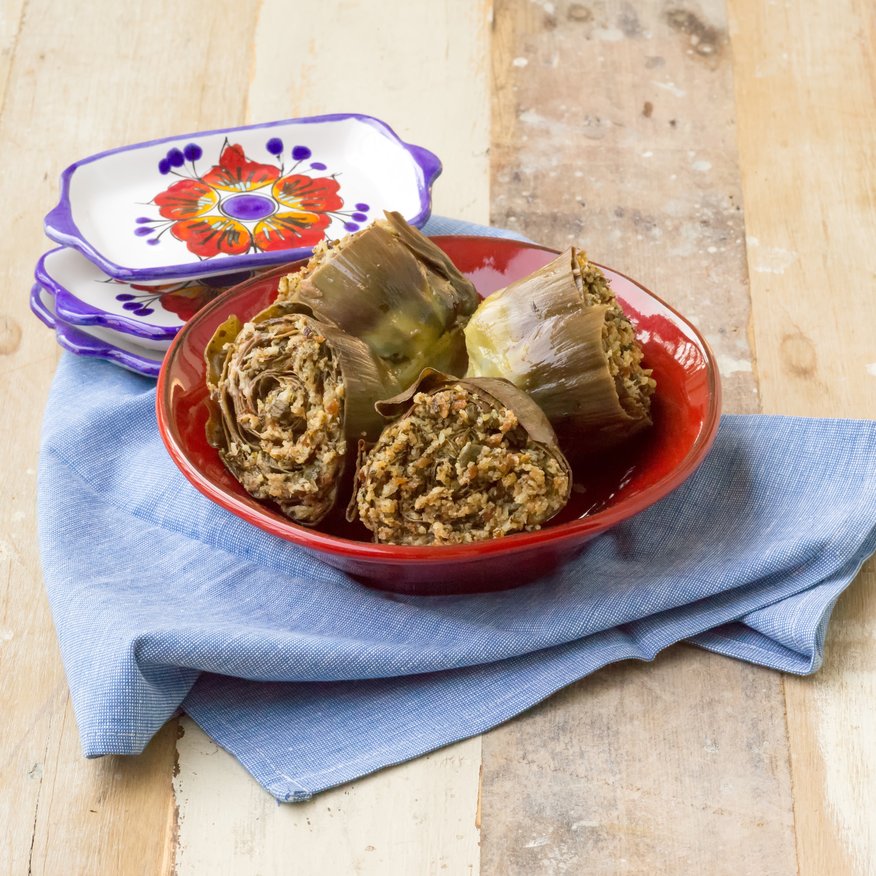 I love artichokes – one of the first spring vegetables to appear in greengrocers. I love them finely shaved raw in a salad, deep-fried Roman-style, and preserved on an antipasto plate. But most of all I love them in this very rustic dish, which you have to eat with your hands removing one leaf at a time and scraping the tender base off between your teeth. They are a little messy, but well worth it! Artichokes are notoriously difficult to match with wine, as cynarin, a bitter compound in them, makes many taste sweet and simple. My answer is a fortified – especially an Amontillado Sherry such as Sanchez Romate’s NPU, dry with some nice nutty, spicy notes and a hint of its own bitterness.

Half fill a large bowl with cold water and squeeze half of the remaining lemon into it, place the other half alongside.

Trim stems of artichoke, leaving about 3cm attached.  Working one artichoke at a time, remove outer leaves until a green-yellow base appears.  Using a small paring knife, peel stems and trim the dark green from the artichoke base. Cut off top third of the artichoke. Gently ease the leaves apart and, using a teaspoon, scoop out and discard the hairy choke from the centre.  Rub cut surfaces with the lemon half and place prepared artichoke in the lemon water. Repeat with remaining artichokes.

Remove artichokes from the water and place upside down on a clean tea towel to drain.

Fill the centre of each artichoke with the breadcrumb mixture, packing extra mixture between the leaves.

Arrange artichokes in one or two wide heatproof bowls and place in a baking dish. Pour boiling water half way up the side of the baking dish, cover the baking dish tightly with foil and bake for about 30 minutes, until the base of the artichokes are tender when pierced with a thin skewer or toothpick. Remove foil and cook for a further 5 minutes.

Serve with finger bowls, large serviettes and a large bowl for discarded leaves. 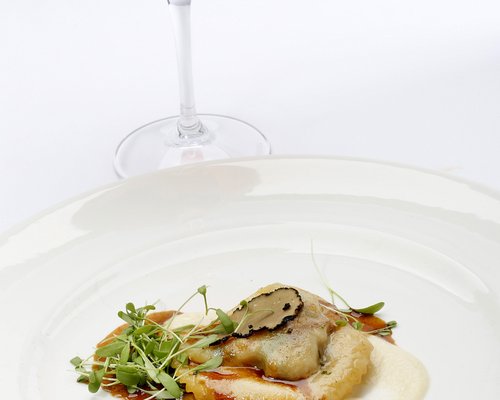 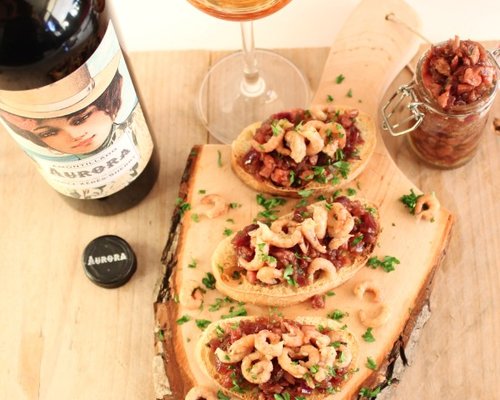