Hamburg, August 23, 2021 - Sous chef Patryk Döring and sommelier Maria Rehermann from Restaurant Brikz Berlin are the clear winners of the Copa Jerez Germany finals 2021. A six-person, high-caliber jury decided in the competition among the chef-sommelier teams who selected their own sherry choice pairing with a three-course menu. New aspects were in demand for the use of sherry as a corresponding drink in the glass and a refined seasoning on the plate. Peer F. Holm, president of the jury, sums up the experts' judgment succinctly: “As the jury, we were enthusiastic about the complexity of the creations on the plate as well as the combinations with the different sherry styles. Almost the entire range of sherry variations was used and served harmoniously with the dishes. It was especially the aging of sherry and the aromas that develop in interaction with the flor yeast and the wooden barrel that had to be balanced to match the menu ”.

The winning team will be travelling to join the world championship in Spain. In addition, the jury presented Riedel glassware prizes for the following categories: • Award for the best sommelier/sommelière • Best cook • Best creative sherry pairing.

The other team at the start were chef Raffaele Cesare with chef sommelier Vicenzo De Biase from Hotel Resort Europa-Park (Hotel Colosseo). After the assignment in the Atlas Kitchensalon , Vicenzo De Biase said: “Participation in the Copa appealed to me above all because of sherry as an unusual accompaniment to meals. The variety of flavors and alcohol content was a constant challenge”.

Chianti glasses from Riedel were used for the tasting. 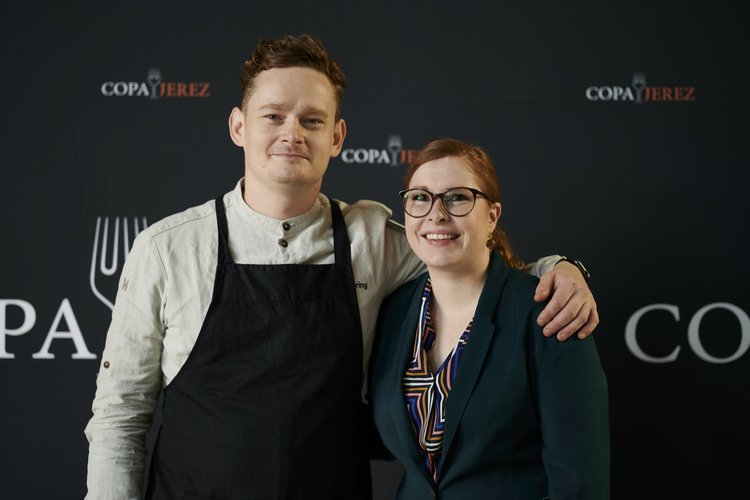 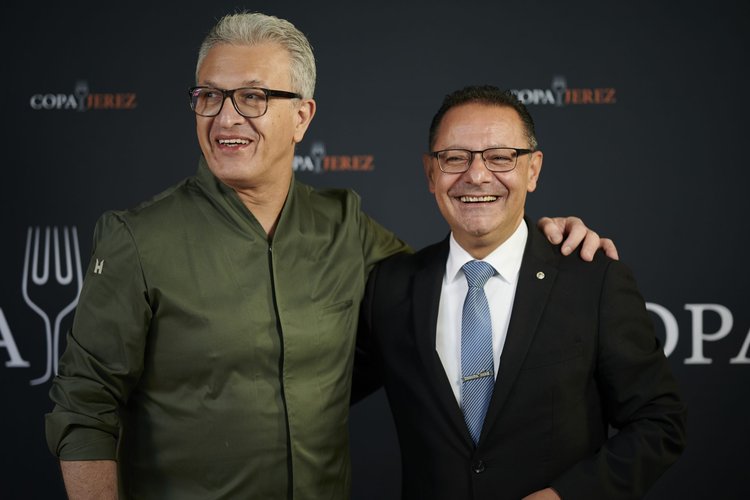 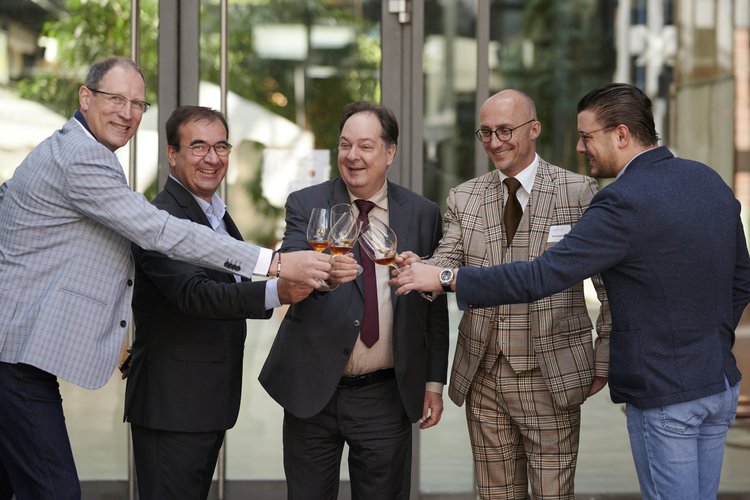 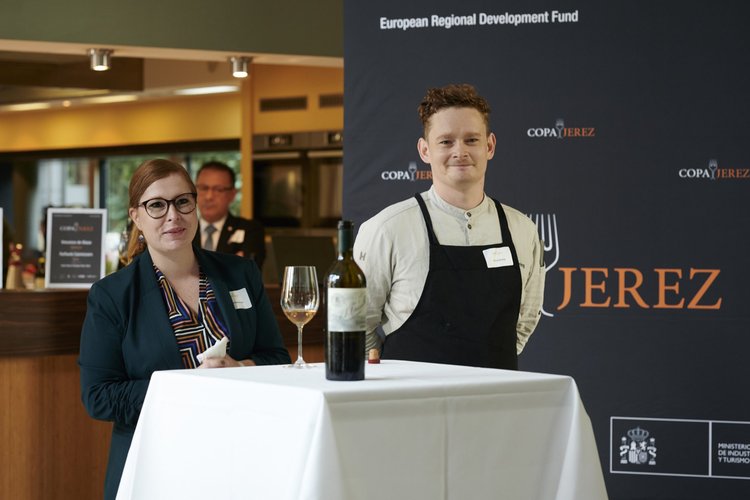 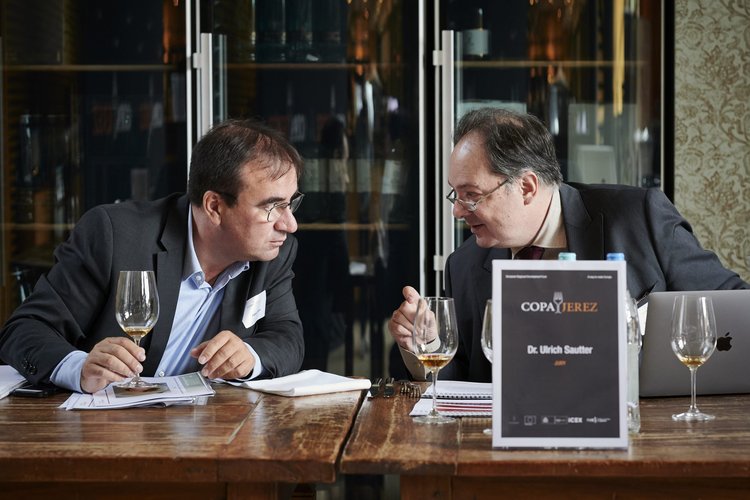 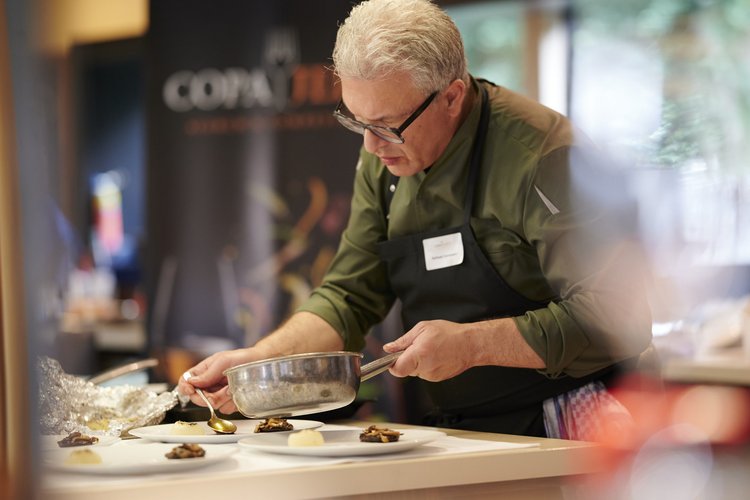 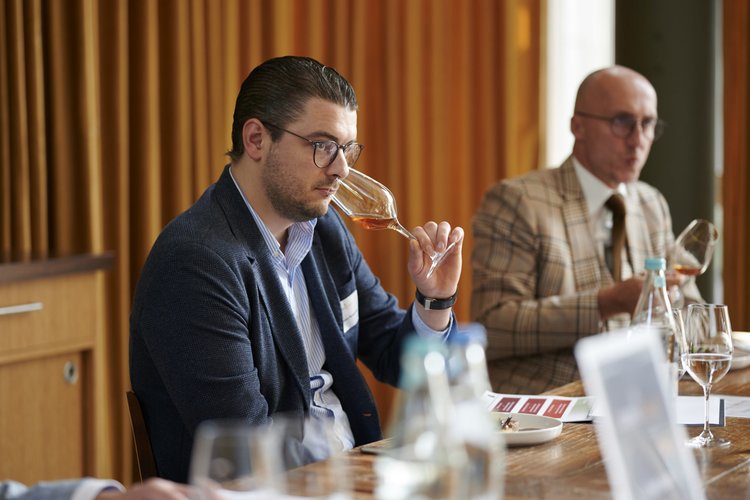 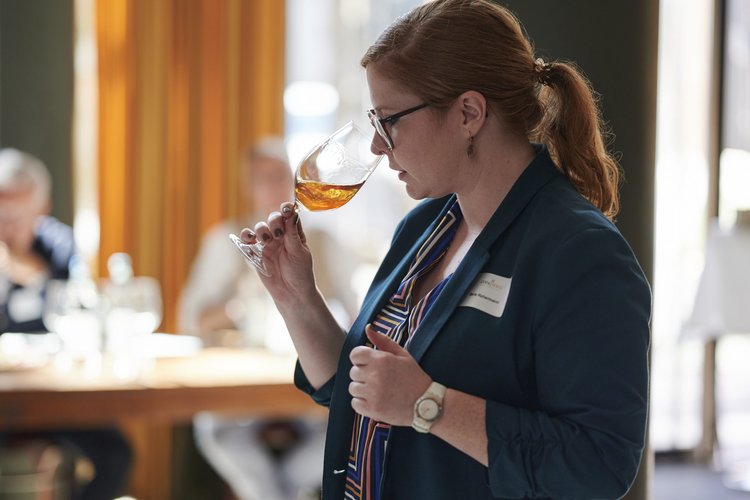 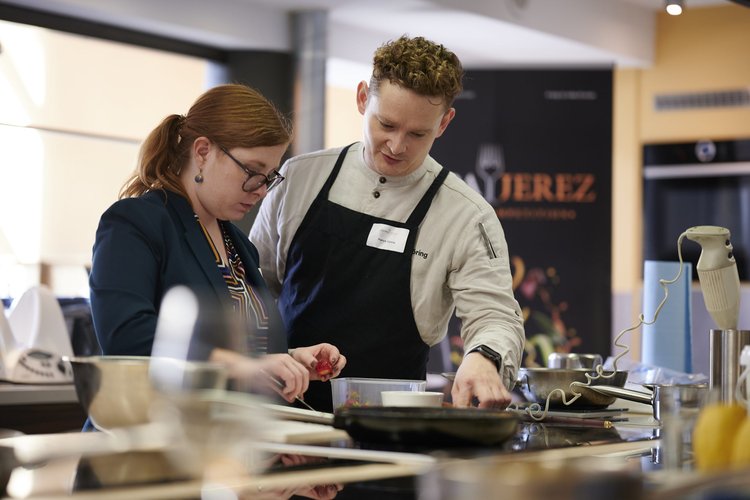 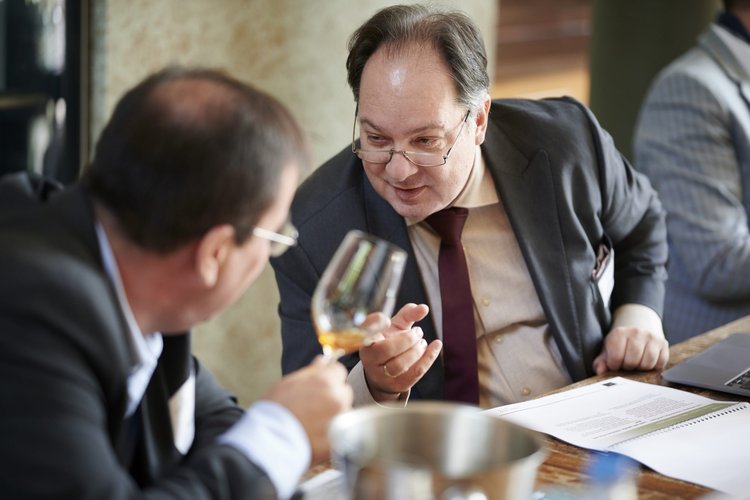 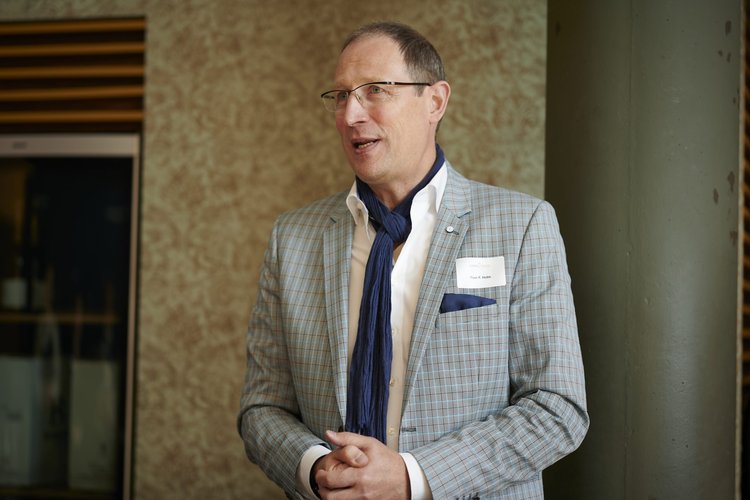 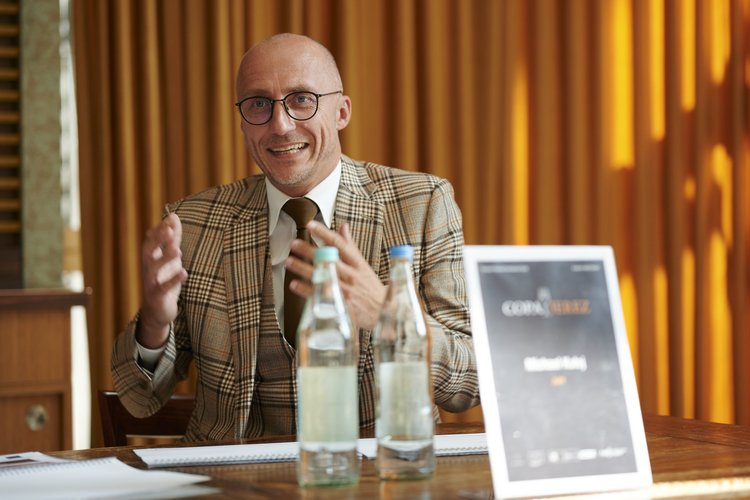 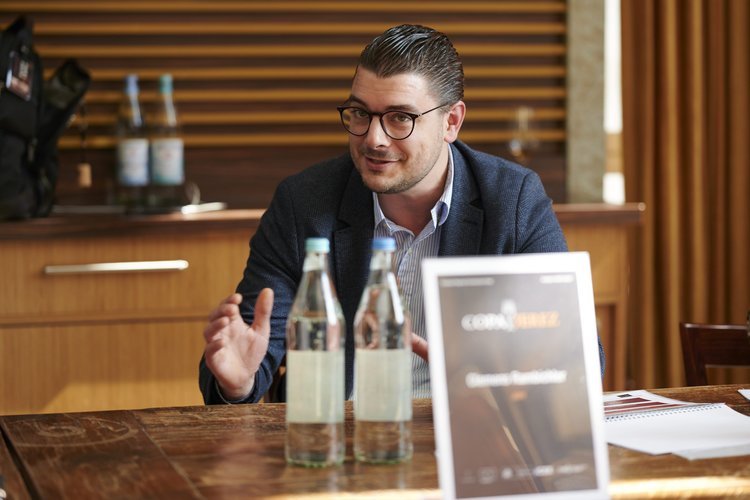 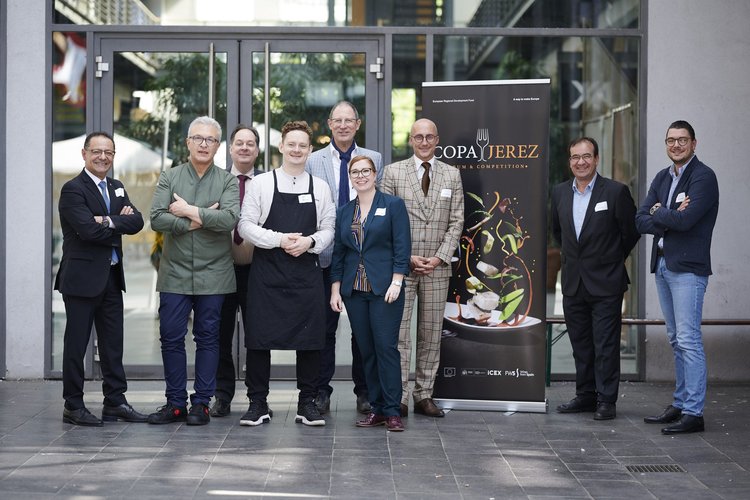 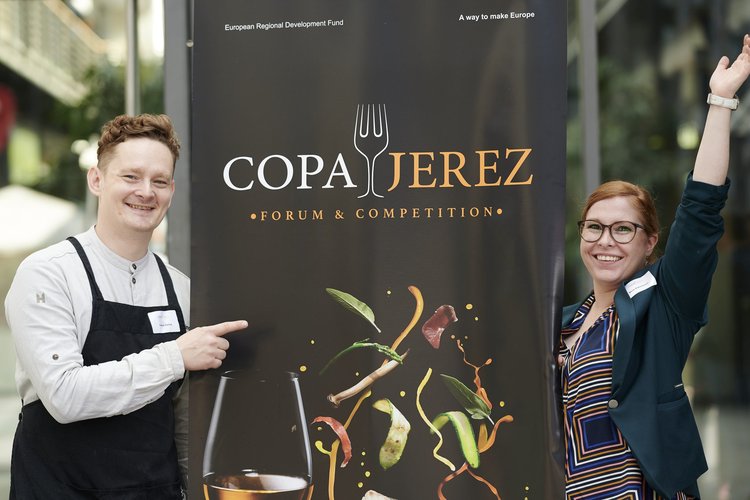 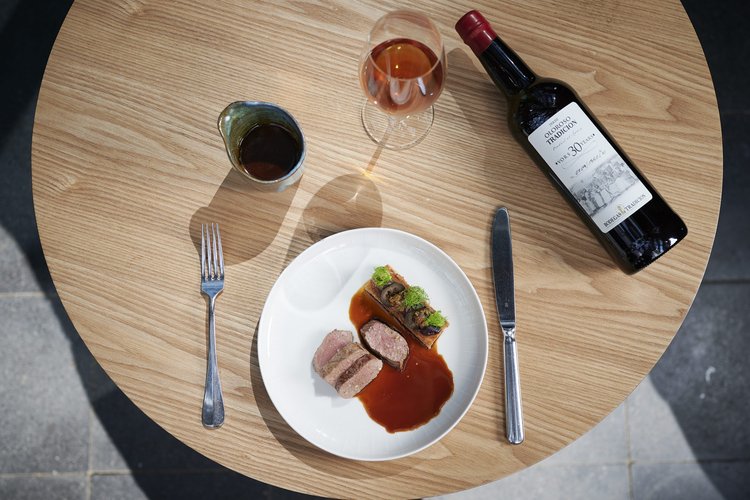 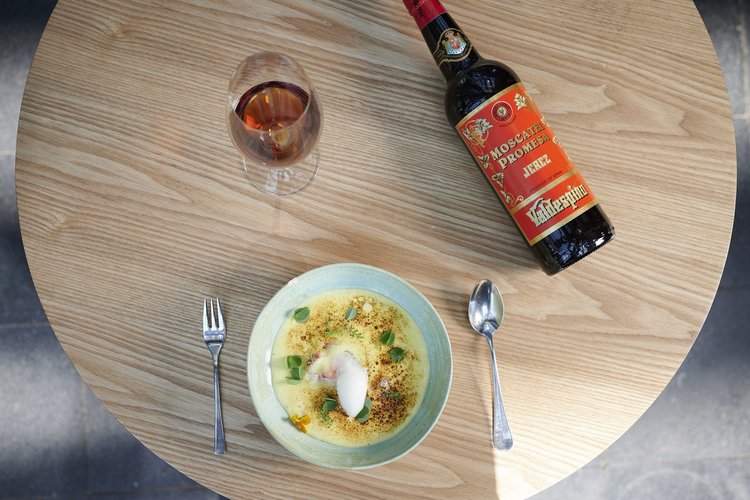 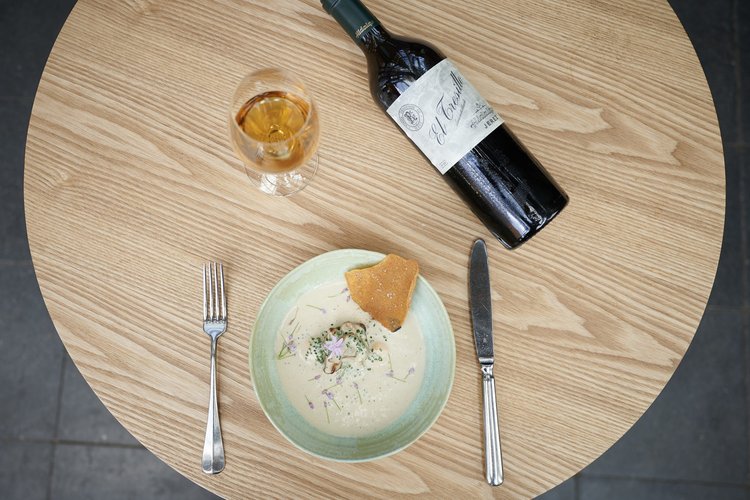 The jury was composed of:

Michael Kutej
Host of Hanse Lounge Hamburg
Clemens Rambichler Owner and chef of the 3-star Waldhotel Sonnora, Dreis
and the official representatives César Saldaña - Director of the Consejo Regulador de Jerez and Pablo Calvo - Head of the Wine Department of the Spanish Economic and Trade Department in Düsseldorf.

Copa Jerez
is an international competition that is organized every two years by Fedejerez and the Consejo Regulador for the "Jerez-Xérès-Sherry" and "Manzanilla-Sanlúcar de Barrameda" appellations of origin seeking the best combinations between culinary top class and the sherry and manzanilla wines.
For the Copa Jerez final teams from Belgium, Germany, Denmark, the Netherlands, Spain, the United States and the United Kingdom will compete in Jerez de la Frontera in November.