Fino Sherry in the Spring (and Summer, Fall and Winter)

I’m always learning. Always discovering. At the moment, I’m discovering that sherry should be enjoyed year-round.

Sherry is a wine that can be misunderstood. Years ago, I was under the impression sherry was a cheap wine used for cooking “fancy” dishes. That’s not an uncommon belief. Even Julia Child —who I’m going to choose to believe fully understood what good sherry was—understood that the wine could have a poor reputation.

“I don't use the word gourmet. The word doesn't mean anything anymore. 'Gourmet' makes it sound like someone is putting sherry wine in the corn-flake casserole,” Child is quoted as saying.

The main styles of sherry are Fino, Manzanilla, Amontillado, Palo Cortado, Oloroso, Pedro Ximénez, Moscatel and Cream. I am nowhere near familiar enough with all the styles to give you an overview of them all, but I have been dabbling in Fino recently and inspired by its four-season versatility to try it with various foods and in cocktails.

Fino is a dry sherry. Typically made from Palomino grapes in bodegas of Jerez de la Frontera and El Puerto de Santa María, it ages with a layer of yeast (known as the “flor”) on top. It’s made using the solera system of wine blending—taking some wine from various vintages and blending it together. It’s alcohol level is 15%. It’s brought up to that level with fortification from a grape spirit, but the added spirit in Fino is minimal.

Typically smelling of almonds, yeast, and lemons, it’s bone dry and refreshing. Serve Fino chilled like other white wines. Often used as an aperitif and served with pre-dinner snacks such as olives, jamón, tomatoes and cheese, it’s also good with poultry, seafood and fried foods. (Fino and fried chicken - oh ya!)

Fino and Manzanilla are closely related, produced similarly but in different regions. Manzanilla is made in the bodegas of Sanlucar de Barrameda along Spain’s coast. It has more salinity than Fino, a quality attributed to the salt in the air of the coastal region influencing the flor.

A sherry for all four seasons, I’ve been playing with Fino sherry cocktails this spring. Because it’s so refreshing, it can be added to create twists on some classic cocktails, particularly those with gin, substituting some of the gin for Fino.

During my sherry cocktail experimentations, my favorite was the Fino Collins, using the measurements of ingredients found at Food & Wine. Add this to your list of spring/summer refreshing sippers.

Fill a shaker with ice and add gin, Sherry, lemon, and simple syrup. Shake until chilled. Pour into a tall glass filled with ice and top with club soda. Add lemon slices as garnish.

My cocktail experiments were done with Cesar Florido Fino Cruz del Mar (SRP $24), a sample from the winery. The wine has the classic notes of Fino - bone dry, almonds and lemon. It enjoyed it both on its own and in cocktails. One last note about the Cesar Florido or anyone sherry—when drinking it as a glass of wine, serve it in a wine glass. Yes, there are sherry glasses, but their openings aren’t large enough to breathe in all the wonderful scents of Fino. And when drinking any wine, you need the aromas to be able to fully taste wine.

The original article written By Robin Shreeves can be found on: Fino Sherry in the Spring 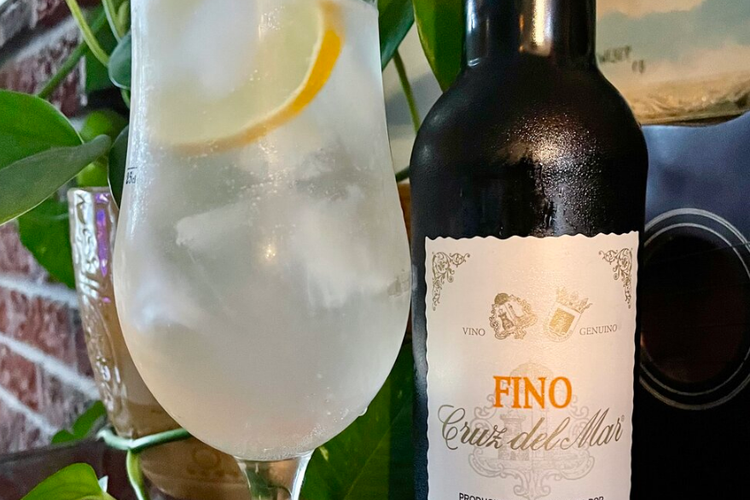 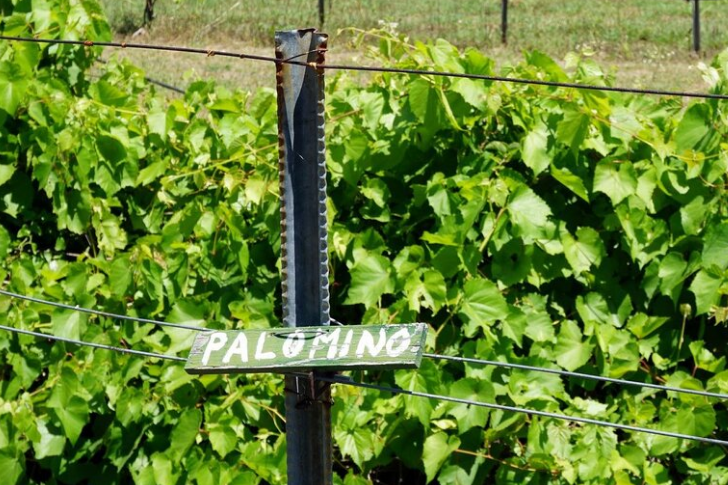