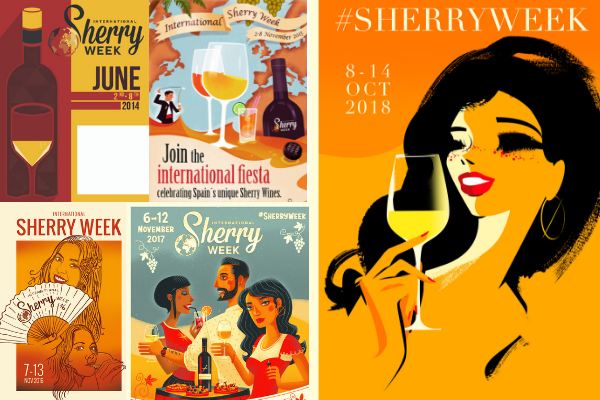 The list of countries and territories which have hosted events, or are due to this year, encompasses all five continents:

The countries with most events, in addition to host country Spain, are the UK, USA and Japan. 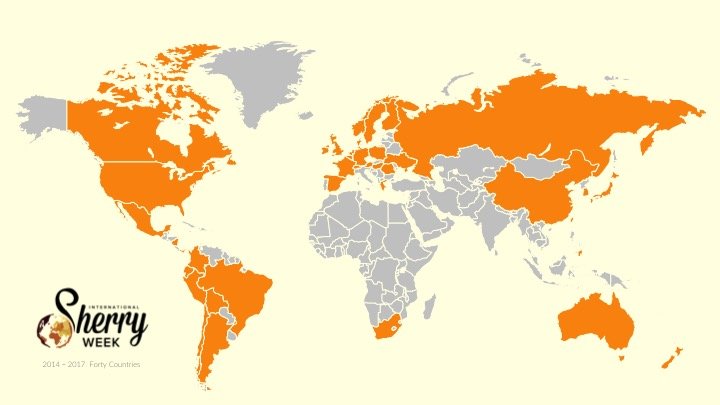 The event has been growing steadily since the first year, with an increasing number of events registered, and more countries coming on board each year.

In ISW 2017 and 2018 three creative and exciting competitions have inspired aficionados and restaurateurs: design a food-pairing menu (restaurateurs), pair a sherry with your dish (bloggers); invent an event publicized with a strong SM presence (restaurateurs and wine shops). These competitions have seen an enthusiastic response and strengthening the global Sherry community.

The majority of events are gastronomic, with pairing menus proving popular showing the great versatility of Sherry wines in matching every type of food - events organised over the past five years have featured Sherry and cheese, chocolate and oysters

Other Sherry pairings have included music: Sherry and flamenco, and rock; and bar pairings: Sherry Cocktails, and Sherry and cigars. 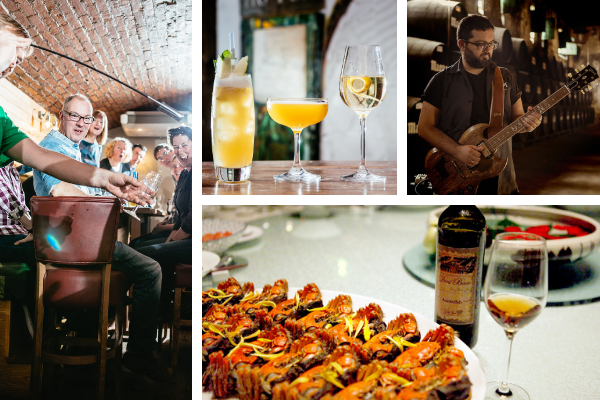 The use of Social Media channels such as Twitter, Facebook and Instagram, to spread the word about ISW has increased stratospherically, reaching a global audience. ISW is truly a digital event, with almost all promotion carried out through SM. Whether it’s a restaurant or bar creating a buzz about their tasting event or pairing menu, a wine shop letting customers know about a Sherry and flamenco event, or an aficionado showing how they enjoy Sherry with friends, sharing on SM has brought the excitement to a world-wide public. 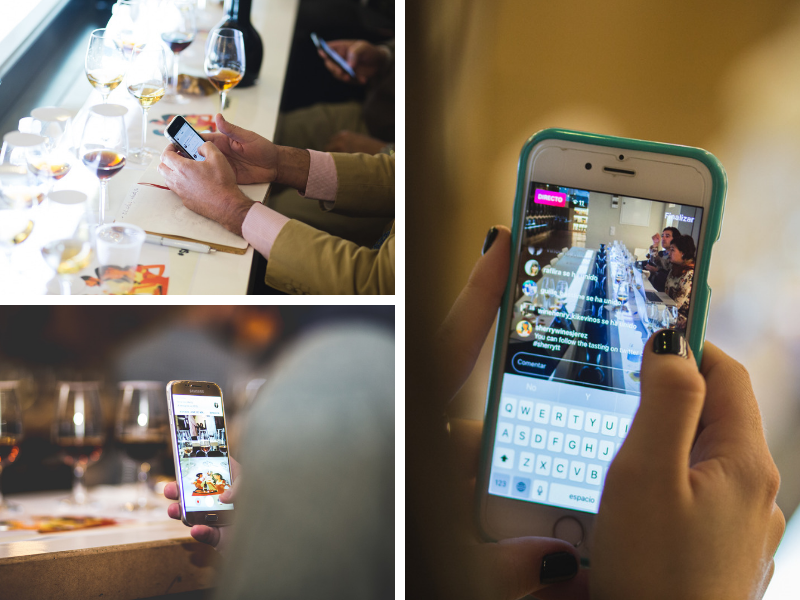 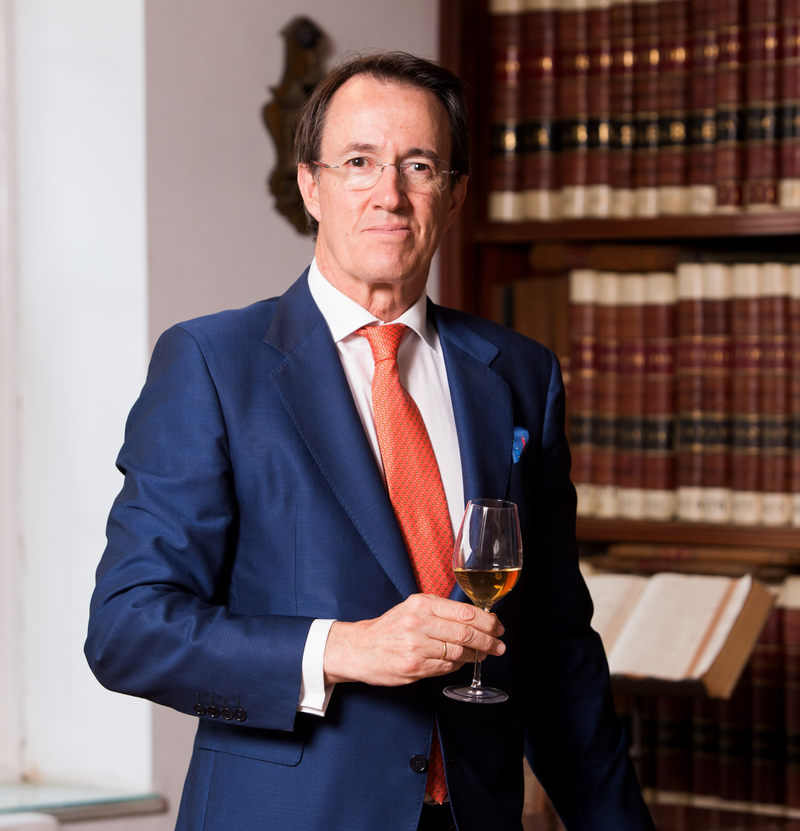 “At González Byass we have been passionate about International Sherry Week from its inception and firmly believe that this initiative is a great way of promoting Sherry to a broad audience internationally.

After 5 years the idea has gained global momentum and is a great celebration of the diversity and uniqueness of Sherry. It gives Sherry enthusiasts (whether they be in the on-trade, an influencer or a consumer) the opportunity to spread the word and bring people together to talk and taste the wine.

International Sherry Week has become a platform for people to discover more about Sherry, learn about it, find out about new wines and previously undiscovered styles and - most importantly - enjoy it in great company.

Congratulations to all involved in this successful initiative which we will continue to support enthusiastically.” 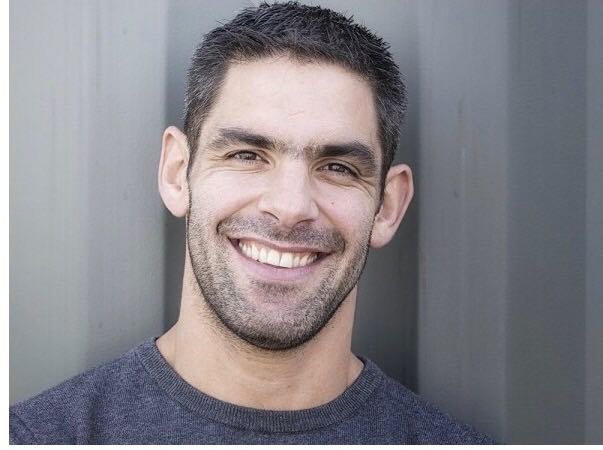 “I was on board right from the start of International Sherry Week – I met Chelsea Anton, the founder and organiser, on the Sherry Educators’ Course in 2013.

I want to shout about International Sherry Week from our point of view – it’s always a really successful week for us. It’s also a great way of bringing Sherry into the 21st century!

In the early years of ISW, Sherry lovers could get informed at the bar – we had tastings with nibbles. Then it developed into full-blown events; now we offer something in every bar [three in Wales and one in England], every night.

Some of our ISW events have included a winemaker’s dinner with Urium and Helen Highley of criadera.com, tasting menus, the Welsh sherry festival, casual sherry flights with tapas, and Super Sherry Saturday, where we have six sherries paired with six nibbles, and a venenciador pouring from a barrel. This was so popular, we now offer it all year round.

I love getting new people into Sherry – we’re still battling pre-conceived notions of sherry as a sweet drink to have before Sunday lunch, so they get the biggest shock when they try chilled, dry fino or manzanilla!” 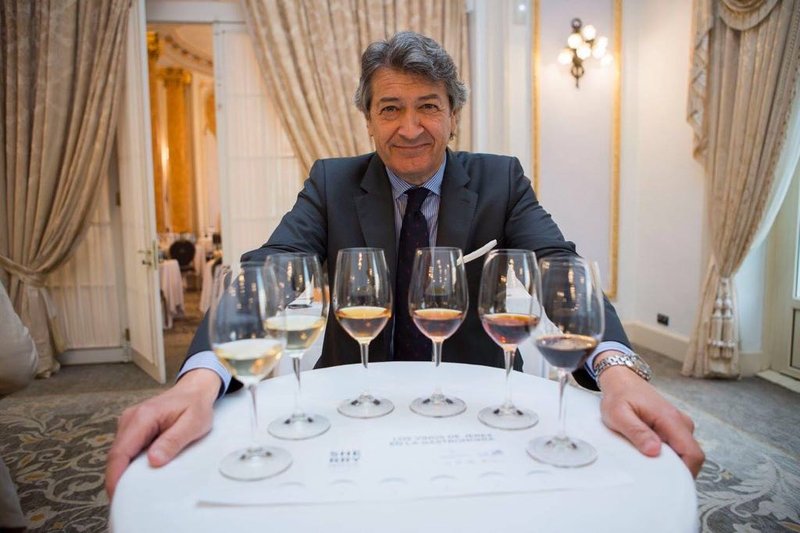 “International Sherry Week is a worldwide celebration of Sherry wines and the best example of how our wines are an inspiration for people from all five continents. It is really thrilling to see how, year after year, sherry aficionados organize creative events with our wines as the key protagonist: tastings, food events, cocktail parties and all sorts of activities that illustrate the amazing versatility of Sherry. For the Consejo Regulador, ISW represents a unique opportunity to share our quality message on a global scope and in a fun, lively mood. We are delighted to see sherrylovers from so many countries and cultures being connected through their passion for our wines.”

Here’s to many more International Sherry Weeks, as the word spreads and more Sherry lovers join the Sherry Revolution – this is just the beginning!

“From my personal and industry perspective, Sherry Week has become one of the most anticipated events of the year. Its evolution has allowed the program to grow and reach many corners of the world. Seminars, tastings, cocktail competitions and instructional videos have allowed the Sherry "novice" to really discover the wonders of such historic wines.

Every year, I have witnessed an increase in sherry consumption from a retailer’s perspective due to the outreach of programs such as Sherry Week. I'm a strong believer that the evolution of Sherry Week has impacted the industry in a very positive way, and has serve to explore the wonderful culinary and historical attributes of the wines. Sherry Week has also been very successful at showcasing all the events around the world through their social media presence. I hope the program continues to grow and expand to many other countries where Sherry wines are still relatively unknown.”