Japan is Seduced by the Art of the Venencia

This annual examination attracted over 120 professionals who have chosen to compete for this coveted title. Only the best eight will achieve it.

Jerez 22 October 2015: “The venenciador is a professional who specialises in pouring the wine from the venencia to the tasting glass, with great skill and from a considerable height showing perfect mastery over the venencia as if it were an extension of their own arm.” This profession, long established in the bodegas with its expressiveness and originality, has spread from the bodegas to pour Sherry at fairs, celebrations and all sorts of events, becoming perhaps the most genuine form of promoting Sherry throughout the world.

Given the interest this art was arousing among Japanese sommeliers and barmen, the Consejo Regulador decided to create an official title, holding annual theoretical and practical examinations offering a certified qualification. Fifteen years later over150 Japanese professionals hold the certified title of “Official Venenciador of Sherry Wine.” 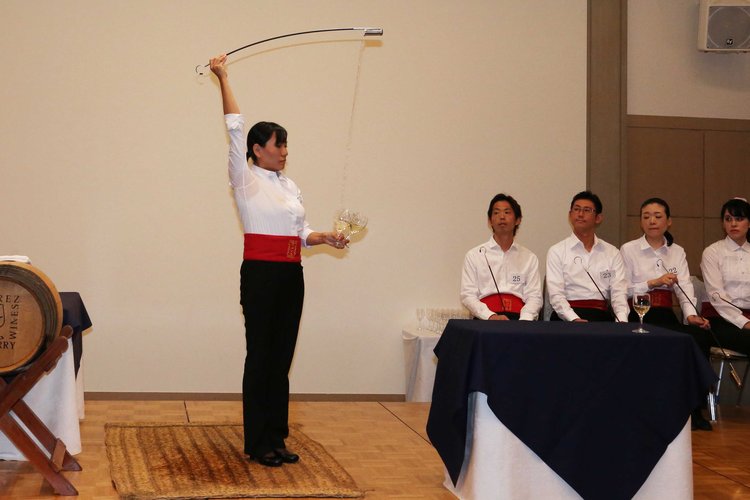 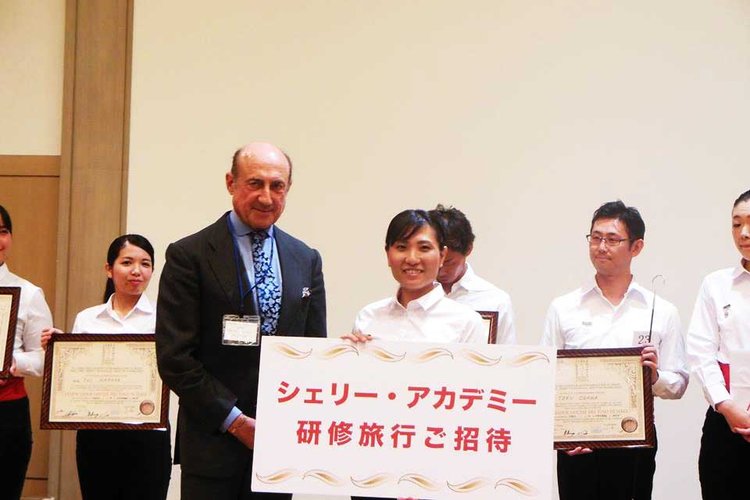 The president of the Consejo Regulador, Don Beltrán Domecq, who attended the latest examination in Tokyo, expressed his satisfaction with the reception:

The skill level of the Japanese venenciadores is impressive. They show an unusual interest and professionalism. They have really perfected their technique and furthermore it is significant that two winners this year were women.” He went on to say that “the great success of this year’s examination shows the level of interest Japanese professionals have for Sherry and its culture. It is surprising to see how Sherry exerts its fascination on people of such diverse cultures.

The president of the Consejo completed his promotional activities with various professional education and restaurant events in Tokyo, where the accent was placed on the matching of Sherry with Japanese gastronomy which, in the words of Beltrán Domecq “have some fantastic matches and harmonies.”
In the photo: Beltrán Domecq, president of the Consejo Regulado, presents the winner’s certificate for the venenciadores competition to Noriko Sakai Sakumoto.