With the participation of seven countries and more than 300 wine industry professionals, the Copa Jerez International Final has become one of the most avidly followed competitions by experts in gourmet cuisine.

Jerez de la Frontera, 13 June 2017.– PODIUM ONDER DE DOM was named overall winner at the Copa Jerez International Final, which celebrates its seventh edition this year with a new format including the Copa Jerez Forum. The pairing menu presented by chef Leon Mazairac and sommelier Goos van den Berg was acknowledged by the jury as having the most harmonious and imaginative culinary creations, with the highest quality and best-accomplished match for the Sherry Wines they selected.

The Dutch restaurant’s pairing menu was comprised of a starter of ‘Zeeland’ oyster with green olive gelée and sardine crème, dressed with Madame Jeannette oil and Iberian ham sauce, paired with Manzanilla Pasada La Goya, from Bodegas Delgado Zuleta; their main course consisted of a Dutch rabbit crépinette seasoned with massala spices and carrot and orange cream, matched with Oloroso El Cerro, from Bodegas Callejuela; for dessert, they presented Caramel and porcini “flor” ice cream with a Sherry Vinegar and Jerez Brandy reduction on aged Oudwijker cheese from the region of Utrecht, which was perfectly paired with a Medium Mons Urium from Bodegas Urium. The jury considered theirs to be the most solidly balanced, enticing and imaginative pairing menu of all the finalist competitors.

The panel of judges for the competition was comprised, once again, of a group of world renowned experts in gastronomy: Josep Roca, sommelier, head waiter and co-owner of the widely acclaimed El Celler de Can Roca***; Andoni L. Aduriz (Mugaritz**) one of the most relevant figures on the international culinary scene, famous for his research and experimentation; Madeleine Jakits, editor-in-chief of Der Feinschmecker, one of Germany’s most important culinary publications; Jan van Lissum, editor-in-chief and contributor to the digital wine review www.thewinesite.nl  and the Gault&Millau Hotel and Restaurant Guide for Holland; François Chartier, a leading expert in food & wine matching; and Beltrán Domecq, president of the Consejo Regulador D.O. Vinos de Jerez y Manzanilla, chemist, oenologist and one of the most well-versed experts in Sherry Wines.

The list of special mention awards at this VII Copa Jerez International Final were for:

Beginning with this VII edition, the award for Best Sommelier at Copa Jerez will be named the Juli Soler Award, a tribute to the mythical head waiter, master sommelier and co-owner of El Bulli. This year´s award went to the Spanish sommelier, Juan Luis García, the first to receive the award under its new nomenclature.

The world’s largest Sherry Wine event closed its VII edition with extraordinary success, not only due to the level of mastery in the pairing proposals but also because of the numerous activities organised and the many professionals that attended the event. Over 300 professionals from around the world came to Jerez to learn more about the versatility of Sherry Wines and their close ties to the culinary arts. Proof of this were the prestigious restaurants that participated as finalists from Belgium, Denmark, Germany, the Netherlands, Spain, the United States and the United Kingdom. 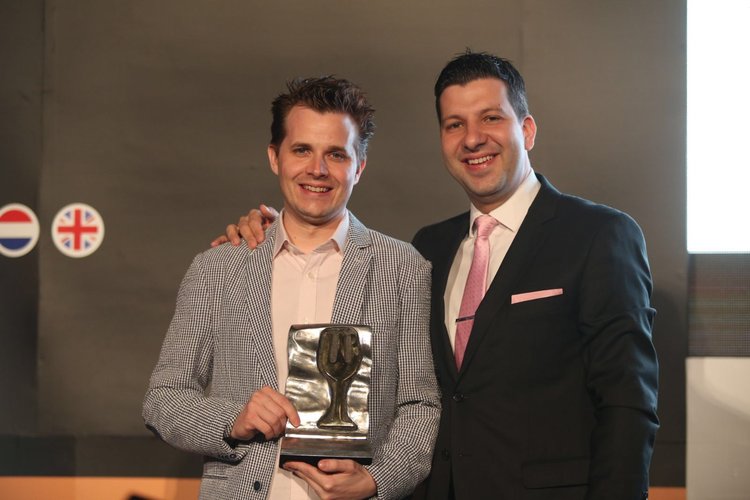 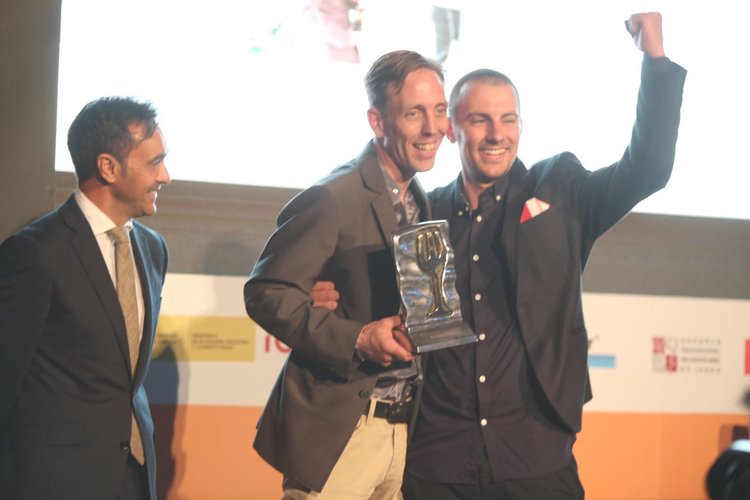 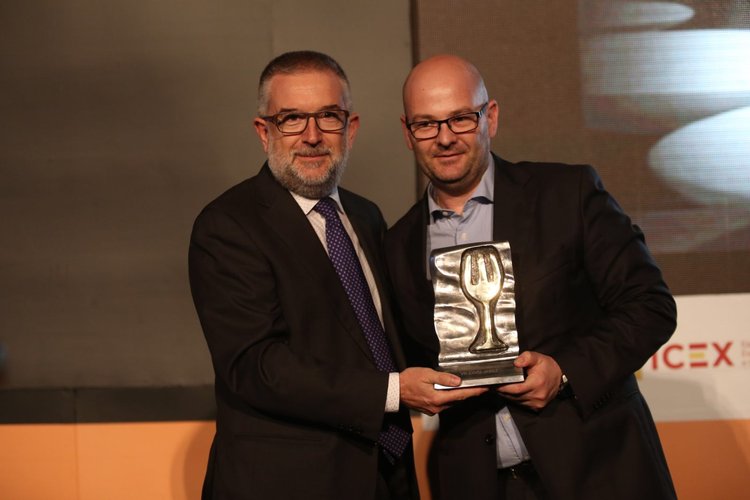 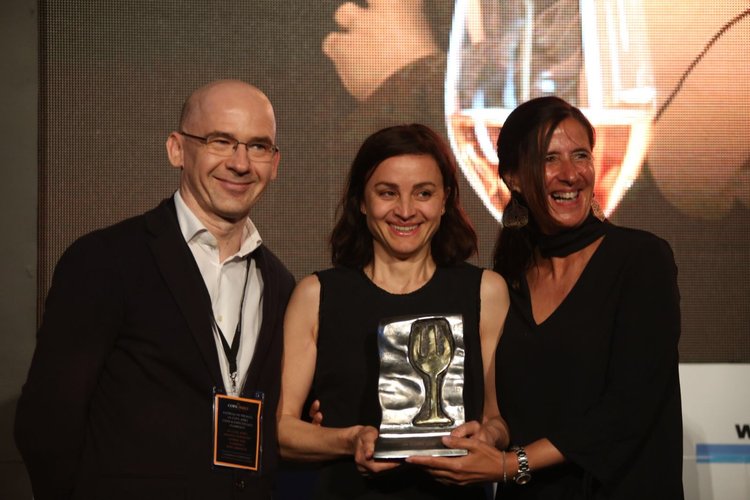 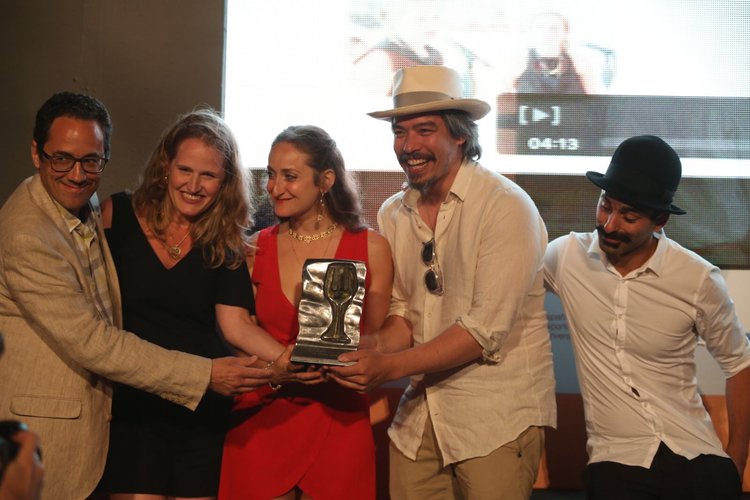 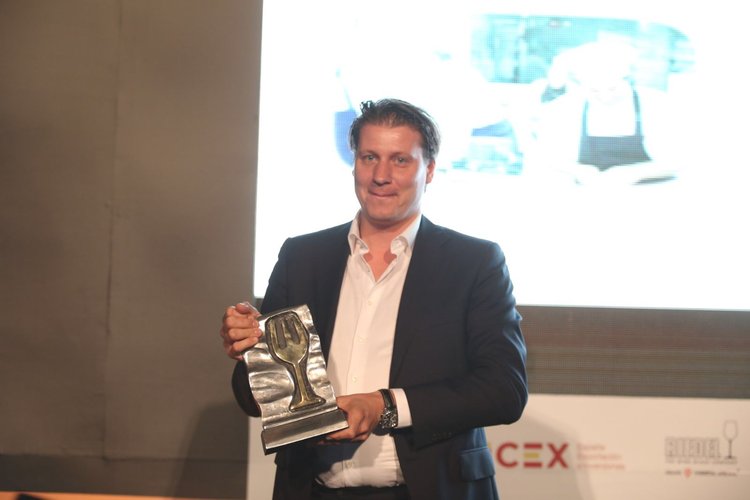 While the competition was underway, the Copa Jerez Forum celebrated the second day of its international gastronomy congress activities at the Consejo Regulador’s Bodega San Ginés. There, a good number of experts took part in food & wine pairing workshops, conferences and a professional showroom with over 200 brands from Jerez bodegas on display for tasting.

After the first day featuring the participation of figures like Josep Roca, Ángel León, Ricard Camarena, François Chartier and Andoni Luis Aduriz, the second day of the Copa Jerez Forum was centred on bringing exclusive pairings closer to attendees, allowing them to taste the foods & wines that were the subject of the different workshops. The day was a sucesión of interactive pairing workshops, starting with Jabugo & Jerez, presented by José Antonio Pavón and César Saldaña; followed by Artisan Cheese & Sherry, with Guillermina Sánchez (El Cultivo cheese factory). Later, professional cooks from the region took to the stage: Julio Vázquez (El Campero), Fernando Córdoba (El Faro de El Puerto) & Tsunahachi (Tokyo) to place different visions and techniqes on the table: Sherry Wines and almadraba tuna and Tempura vs. Fritura, respectively.

As the Copa Jerez Forum & Competition came to a close, the awards ceremony, gala dinner and flamenco festivities, held at the Cloisters of Santo Domingo, marked the end to a historic edition that has elevated Sherry Wines to star status on the world gastronomy scene for two days.

Now with seven successful editions and over a decade of experience, Copa Jerez has become one of the most sought-after events to attend on the international gastronomy scene. Every two years, the search begins anew to discover the perfect pairing with Sherry Wines, with participants from seven leading restaurants from around the world.

The prestige of the competition has grown year after year, not only because of the amazingly high level of the finalists and their pairing proposals but also owing to the prestigious members of the jury in charge of evaluating them. Every edition, some of the world’s leading chefs and sommeliers come to Jerez as judges for Copa Jerez, such as Juan Mari Arzak, Josep Roca, Heston Blumenthal, Pontus Elofsson, Jancis Robinson or Andoni Luis Aduriz, to name only a few.