The Sherry producers of Jerez in Spain were delighted when Simon Armitage visited Jerez to choose his gift of Sherry and sign the barrel. The wine has now been delivered to him. On receiving the Sherry, Simon Armitage responded: “After the inevitable delay given current circumstances, I’m excited these special bottles have now arrived. I hope to put them to good use - as gifts and prizes to raise money in the name of poetry – now needed more than ever before. My wife drew the image of the cuckoo on the front label - the bird has a folklore connection with the village of Marsden where I grew up and where so many of my poems are rooted. My dialect poem “The Phoenix” appears on the reverse of the label and tells a version of the Marsden cuckoo story. There’s an annual Cuckoo Festival in the village - perhaps some sherry will be involved in forthcoming years and become part of the tradition itself!”.

The Consejo Regulador de los Vinos de Jerez y Manzanilla (CRDO) is the regulating body of the Sherry industry representing all the interests concerned, whether they be growers, producers or exporters. Traditionally, the Poet Laureate was rewarded with a small stipend and a butt of Sherry (once called Sherry sack) by the monarch of the day. In 1630, it was awarded to Ben Jonson. In 1790 when the Laureate of the day, Henry James Pye relinquished his butt for a payment of £27 per year, the custom fell into abeyance. In 1984, to mark nearly 600 years of the trade in Sherry between the two countries, the Sherry producers of Spain offered to revive the custom by giving a butt (barrel) of Sherry (720 bottles) on the appointment of Ted Hughes as Poet Laureate. He travelled to Jerez in Spain, chose some Sherry and signed his cask, a traditional mark of respect for distinguished visitors. Andrew Motion and Carol Ann Duffy, in their turn, also went to Jerez, to make their choices and sign their casks.

On his appointment, the Sherry producers of Jerez extended the same invitation to Simon Armitage to visit the region to see how Sherry is made and select his wine. The Laureate’s Sherry is bottled using their exclusive labels: Ted Hughes drew his own; Andrew Motion’s daughter Siddy designed his, while Carol Ann Duffy’s label was created by her friend, the textual artist, Steven Raw. Simon Armitage’s wife Sue produced a drawing of the “Marsden Cuckoo” which was developed into a label design.

A poem by Simon features on the back label. There has been a strong literary connection with Sherry over the years, mentioned by Chaucer, Shakespeare, Pepys and Dickens amongst others The previous Poets Laureate have all used their Sherry for charitable purposes connected with poetry, as well as for their own consumption.

As a butt contains about 720 bottles, delivery of this is now normally spread out over the ten years of the Poet Laureate’s tenure, an average of 72 bottles per year. 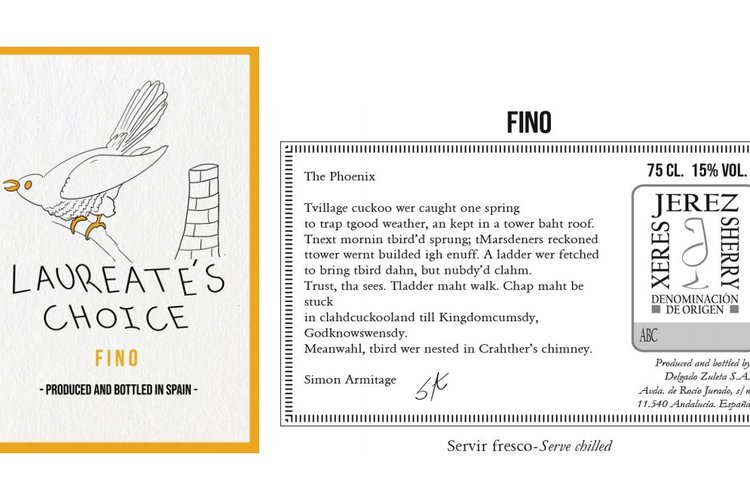 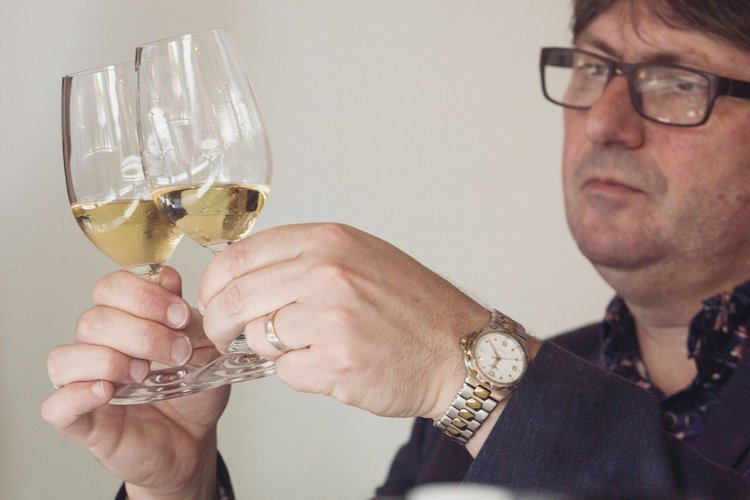 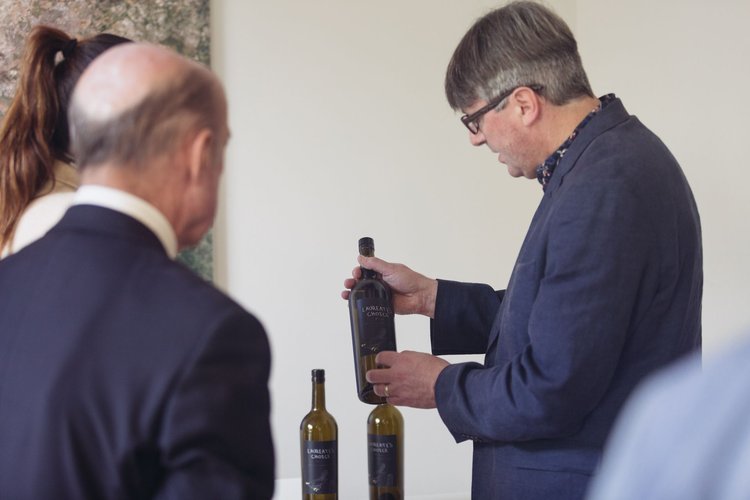