Last week the ex-prime minister of Italy, Silvio Berlusconi and Vladimir Putin visited the Crimea which was annexed by Russia a year ago as part of its confrontation with Ukraine. The visit could cost especially Berlusconi dear.  On one hand, Ukraine has declared him a persona non grata and prohibited him from visiting the country for three years, and on the other hand the Fiscal General of the toppled Crimea government has begun a grand theft prosecution against him and Putin for drinking a bottle of 240 year old Sherry. 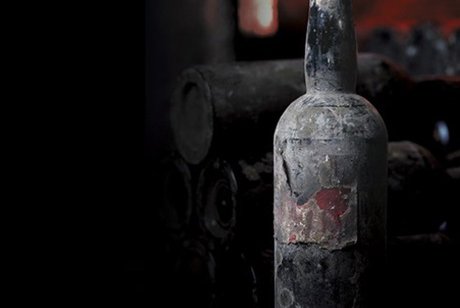 During a visit to the famous Massandra winery which has the largest collection of wines in the world, many belonging to the Tsars, Putin and his guest tried the Sherry which had been brought to Crimea by the Count Michael Vorontsov during the reign of the Russian Empress, Catherine the Great (1762-96). The wine collection was established in 1894 by Prince Lev Golitsyn and now includes some 500,000 bottles.

During the visit Berlusconi picked up a bottle of wine from 1891 and asked if they could drink it, but instead the director of the winery, Yanina Pavlenko, opened the Sherry.

The Fiscal General claims the bottle had a value of €82,000 and is charging Ms Pavlenko with embezzlement, but it is very unlikely the two politicians will stand trial as Russia owns Crimea.

Three generations of family connections in Cadiz gave me a healthy love of the important thing in life: Sherry.After 40 years in the wine trade, ten of them in Spain, I am beginning to understand its history, culture, variety, quality, value and versatility. So I am doing all I can to introduce others to its unequalled delights.