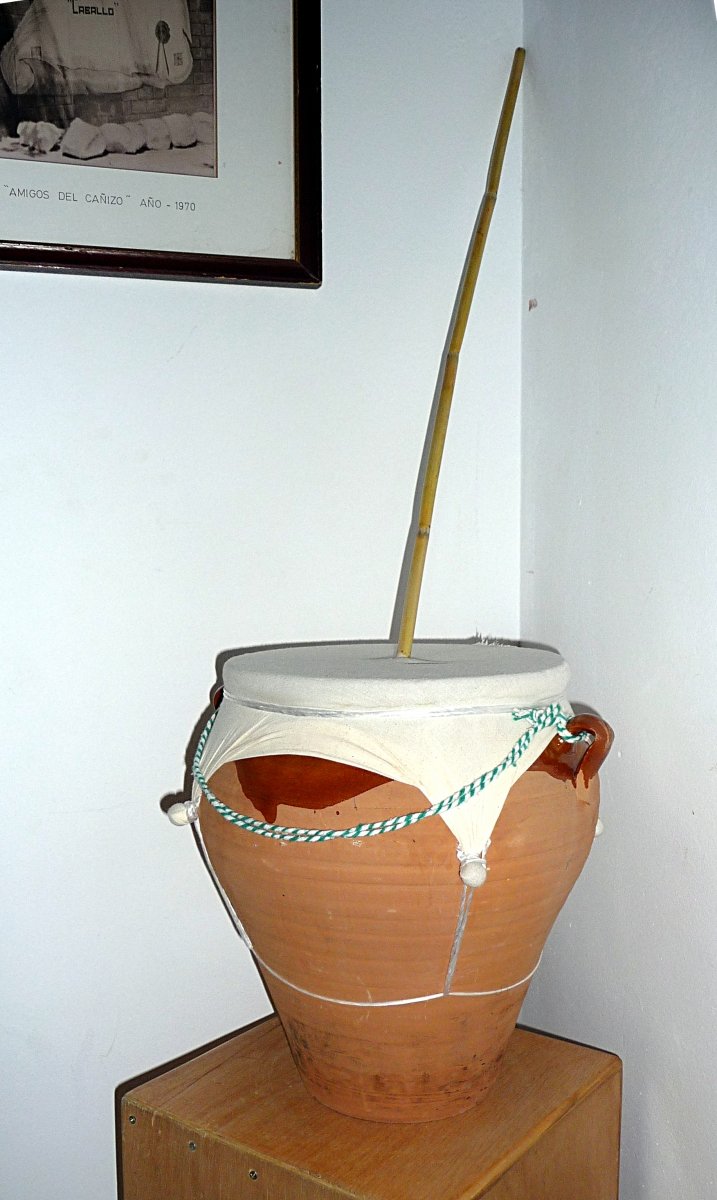 A zambomba is actually a drum formed by a hollow body made of clay or wood, that is open on one end and closed by a tight membrane made of animal skin on the other. Unlike in most drums, the sound is not produced by impact but by friction. A rod is attached to the centre of the membrane and the drummer plays the instrument by putting his or her hand around the rod and by rubbing it up and down. This friction is transmitted by the rod and makes the membrane vibrate onto the sound box, resulting in a peculiar, low and snory sound.

The particular sound of the zambomba drum often accompanies the singing of Christmas carols throughout Spain but in Jerez, this instrument has also given its name to a very local and unique way to celebrate the arrival of the Christmas season.

The celebration of a Zambomba starts with the preparation of a fire and with the making of typical local sweets. Then participants of all ages gather around the fire and sing traditional songs together. It is a very participative celebration where there is not an obvious division between the performers and the audience. In a Zambomba, everybody can be a performer!

Zambombas have an important flamenco influence and, in addition to the sound of the instrument that gave its name to them, they have incorporated the melodies of Spanish guitars and the beats of cajones. All these instruments provide the base for the singing ( most of which is choral), for the clapping and for the dancing! The lyrics have their origins in traditional Spanish songs, Christmas carols, religious and prophane poems and there's a very noticeable flamenco influence in the way they are sung.

These iconic happenings normally take place in the courtyards of traditional houses, in plazas and in social clubs and they can last for hours, so during the necessary interludes, people eat sweets and drink Sherry in order to recover energies and keep on celebrating!

Even though we are talking about a very old and traditional celebration, Zambombas are now in full bloom and every year they are more and more numerous and start at earlier dates. Also, new forms of zambombas are popping up. In these ones, the traditional music performances of the original forms can be seen on the stage of theatres and flamenco venues as a part of their December and Christmas programmes. 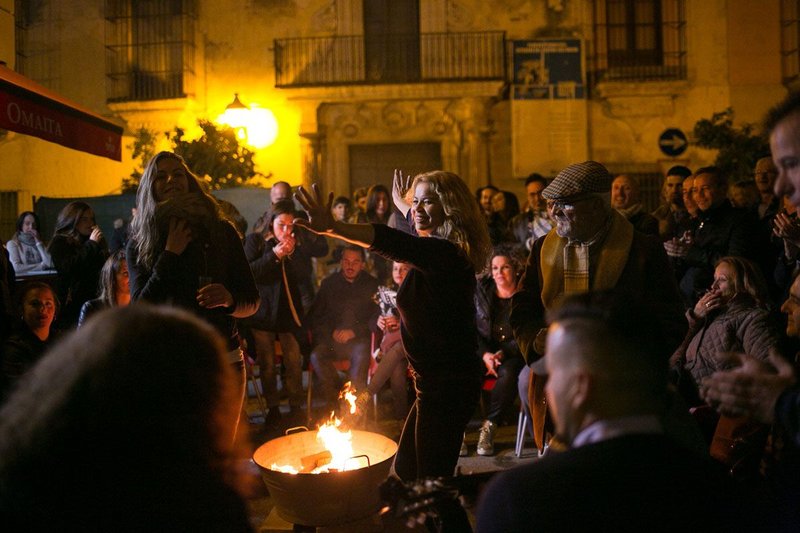 It's often that travellers wonder where and when they can experience an Andalusian celebration like a local and Jerez and December are definitely a great match for them! Those willing to immerse themselves in the culture, music, wines and gastronomy of the Sherry capital, mixing with the locals, have an excellent opportunity in the series of numerous, diverse and vibrant Zambombas that take place in the city from the beginning of December until Christmas day.

If you are planning to visit Jerez during the first weeks of December, you will be able to enjoy the city during one of its liveliest periods! This year's programme of Zambombas features dozens of them and can be found here.