Sherry “casks,” as the Scots refer to them, imbue the Whisky with a deeper colour and subtle aromas of Oloroso, which is the preferred type of Sherry for the body and nutty fruitcake notes it imparts. The Whisky has an unmistakeable richness and satisfying complexity.

Until the 1970s Sherry was shipped in export butts with a capacity of 500 litres for bottling in Britain and the empty butts went to the Whisky industry for re-use. Since then Sherry has been bottled in Jerez cutting off the supply of butts. What’s more, Whisky has recently been experiencing a boom meaning more casks than ever were needed, so the only option for distillers was to have their own butts specially made and to send them to Jerez for “envinado” or seasoning with Sherry. This has meant welcome business for some bodegas and of course cooperages.

Traditional butts are made from American oak which is most suitable for ageing Sherry because it is strong and imparts less tannin and colour to the wine.  Spanish oak is now preferred for Whisky for precisely these reasons, the tannins helping the Whisky to oxidise. Distillers source it mainly from forests in Galicia and Cantabria and the wood is sent to Jerez for coopering and envinado. For top quality casks this process can take as long as six years and is thus extremely expensive, but for top distilleries like the Macallan it is deemed essential. 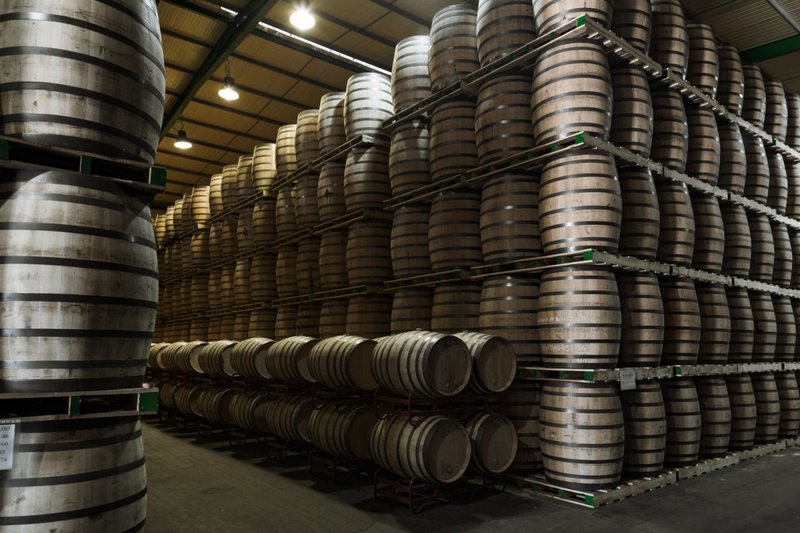 Casks can be used up to five times by the distillers. First fillings can have intense flavours but successive fillings will naturally show progressively reduced Sherry influence. The larger the cask capacity, the longer the whisky needs to age, and butts are large, so “Sherried Whiskies” can never be cheap, but it is generally agreed that they are the best. Scotch distillers therefore have close relationships with bodegas and cooperages in Jerez.

While the majority of Sherry casks are seasoned with Oloroso, all styles of Sherry have been used, from Manzanilla to Pedro Ximénez, giving a wealth of subtle flavours to the Whisky. The process known as “cask finishing” is now common, and entails Whisky undergoing most of its ageing in a modest cask before being transferred to a Sherry cask for a couple of years to take on more complexity in what is a less expensive yet remarkably effective process.

Three generations of family connections in Cadiz gave me a healthy love of the important thing in life: Sherry.After 40 years in the wine trade, ten of them in Spain, I am beginning to understand its history, culture, variety, quality, value and versatility. So I am doing all I can to introduce others to its unequalled delights.