Sherry as an Ingredient

When thinking of cocktails, Sherry tends not to be the first thing that pops into people's minds. Vodka, Whiskey and other spirits take center stage as the more traditional ingredients. However, slowly but surely, Sherry is creeping into mainstream mixology.

This is a resurgence rather than a new invention. One of the oldest Sherry cocktails, the Sherry Cobbler, can be found in How to Mix Drinks or The Bon-Vivants Companion, written in 1862 by Jerry Thomas. The recipe reads as such:
2 wine-glasses of sherry
1 table-spoonful of sugar
2 or 3 slices of orange
Fill a tumbler with shaved ice, shake well, and ornament with berries in season.
Note that the 2 wine-glasses of Sherry would, in today’s terms, mean 4 ounces of Sherry. (Our modern glassware has grown along with our population). 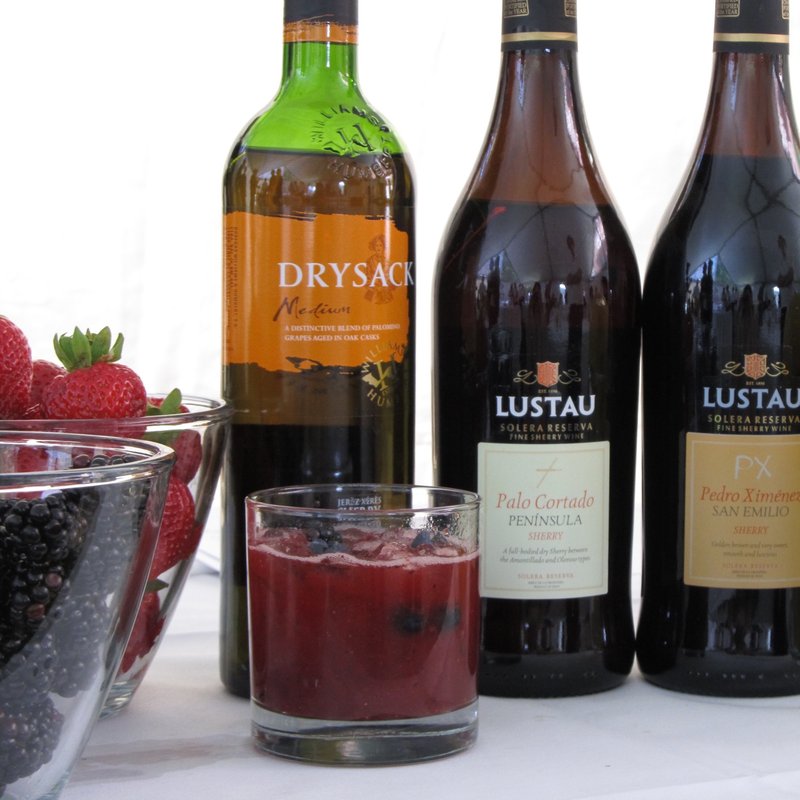 The Sherry Cobbler quickly became an All-American cocktail. Even Mark Twain, in 1875, noted it as such in Sketches New and Old. Other Sherry cocktails of the time have quickly developed into classics.  For example, the Adonis is a delicious drink with just three ingredients -- dry Sherry, sweet vermouth and orange bitters. Another, the Tuxedo, is a close relative of the Martini. Here, the Sherry takes the place of Vermouth. This adds a bit of salinity and nuttiness to the flavor profile.

We have come a long way though since these three classics. Bartenders around the United States have recognized the benefits of Sherry in a drink. Its low alcohol content makes it the perfect base for more aperitif-style concoctions. In the warm summer months, many prefer drinks they can sip on throughout the day.

While one Martini can be enough to tuck some into bed, a cocktail with Sherry can turn into two or three.

Sherry cocktails also can be seen at many restaurants that only sell beer and wine. Just because the premise does not sell liquor shouldn’t mean they give up on cocktails altogether. These wine-based drinks offer alternatives to guests who want to break up the monotony of selections.

Sherry also has a huge range. A drop of Pedro Ximénez can sweeten a cocktail instantly, whereas a few ounces of a Fino can offer an alternative to Vodka or Gin. Then, of course, are the wines natural affinity for food. Within the drink itself, you can add figs or other fruits that pair nicely. For those who want to drink cocktails throughout their meal, these Sherry-driven creations are extremely versatile and offer much more compatibility than some spirits can.

Tyson Buhler of Death & Co. in New York City illustrates that for those consumers still a bit shy of Sherry, a cocktail is the perfect gateway. 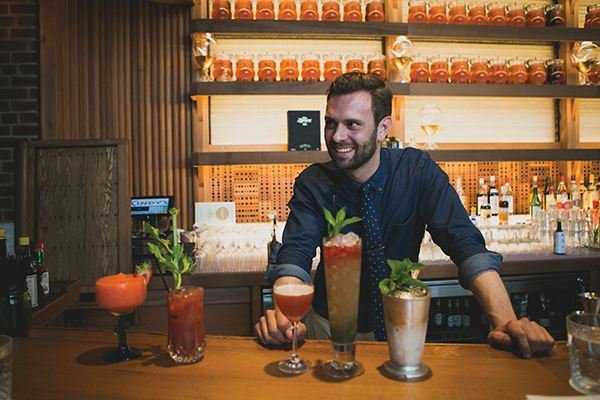 “One of the great additions that the cocktail resurgence has brought to the culinary landscape is its ability to open the eyes of guest to new spirits, or in this case, Sherry. By creating approachable cocktails with what is possibly the most misunderstood ingredient behind the bar, we can create a gateway for guests to taste something they might not have on their own.  Once we open their eyes to the category, the immense diversity of this wine allows the conversation to deepen and allows us to find the perfect Sherry to match each guest's preference.”

Buhler isn’t the only bartender that has recognized the merits of Sherry. Sean Sullivan, Head Bartender at Charlie Palmer’s Michelin-starred Aureole, notes that it is more that just another type of wine, “It has FAR more depth and complexity of flavor which lends itself quite nicely to cocktail creations.” When the product is finished and being enjoyed by guests, they might not even realize how much they like Sherry. 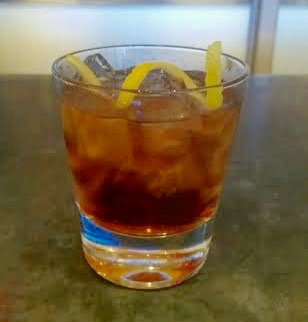 Sullivan adds that when a guest asks about the ingredients, “they are pleasantly surprised to hear that there's a sherry in their cocktail.”

If all of this talk is making you thirsty, try out one of Sullivan’s own Sherry creations:

Piora Wine Director Victoria James has worked in restaurants since she was just thirteen. While bartending during college, she took her first wine course and was instantly hooked. In 2011, she worked harvest for Michael Terien in Sonoma and then continued her studies with the American Sommelier Association in Viticulture and Vinification, as well as Blind Tasting.  She became certified as a Sommelier with the Court of Master Sommeliers in 2012 when she was just twenty one. Victoria became a cellar hand and bartender at downtown Manhattan’s Harry's Cafe and Steak where she helped inventory proprietor Harry Poulakakos’ legendary wine collection. She was then offered a sommelier position at Charlie Palmer's Michelin-starred Aureole in New York. After a year at Aureole, she took a sommelier position with Michael White’s Altamarea Group, first at Ristorante Morini and then at his flagship Marea, which holds two Michelin stars and three stars from The New York Times. While at Marea, she was named one of Zagat's prestigious "30 under 30" list for New York City. A keen competitor, she has also won the Ruinart Sommelier competition, Best Sommelier of the Languedoc Roussillon competition, and the Chilean Wine Challenge. Victoria joined the Piora team in the fall of 2015. She oversees the Michelin-starred wine list featuring 400 labels from small producers in Italy, France and the United States with a special focus on Champagne and Switzerland. Here she has been named Forbes '10 innovators under 30 shaking up the NY food scene' as well as 'New York's Youngest Sommelier' by The Back Label magazine.