Students of the Japan Sherry Academy visit the Sherry Region

Jerez de la Frontera, 23 January 2019. The Sherry región has received a visit from around ten students of the Japan Sherry Academy, the official Sherry school in Japan.

This initiative has been promoted by the Consejo Regulador for the past seventeen years to introduce the great wines of the Sherry región through seminars, tutored tastings and visits to the bodegas and vineyards of Jerez, Sanlúcar de Barrameda and El Puerto de Santa María.

One of the participants in the latest edition of the Japan Sherry Academy is Erika Oguri, winner of the venenciador competition held last October in Tokyo. She was one of over three hundred candidates competing for the title of Official Venenciador of Jerez, and demonstrated in front of the press this very morning in the Consejo Regulador´s bodega San Ginés her excellent practice and skill with a venencia, proving her a worthy winner of this distiction.

Given the interest that this art was arousing among Japanese sommeliers and barmen, the Consejo Regulador decided to authorise this title by holding annual theoretical and practical examinations leading to a certification of this training. Now, seventeen years later, over 170 Japanese professionals hold this official title.

Without doubt the Sherry and Manzanilla wines are continuing to stimulate growing interest in Japan, one of the markets with the most potential for the Denomination of Origin, which has seen a rise of 25% in sales during 2018. 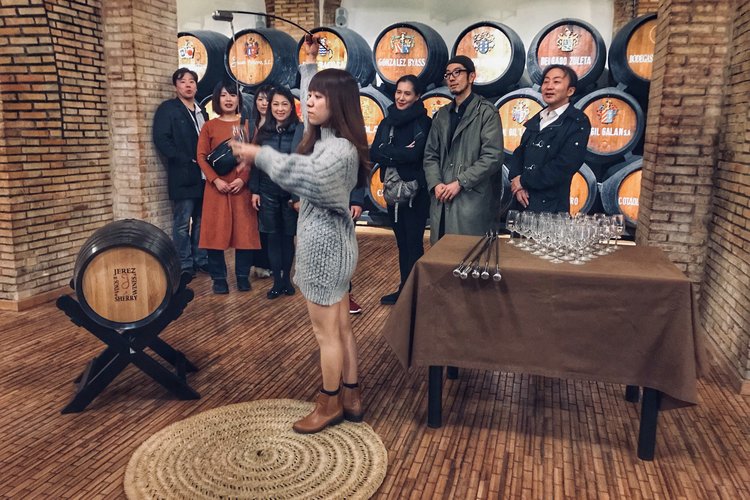