Forget traditional cheese pairings and think about what the flavours are and what really goes well with cheese. Identify complimentary flavours and contrasting flavours that partner with different cheeses.

Westcombe Cheddar has a deep complex flavour with a mellow lactic tang and long notes of citrus, hazelnut and caramel. The texture is structured and firm, with a smooth breakdown that keeps the flavours lingering on your palate. This cheese is often called a 'five mile Cheddar', as you’re still tasting it five miles down the road.

The unique quality of Cheshire cheese is said to emanate from the pasturage which lies over the heavy salt deposits underlying the area of the Cheshire. The cattle grazing there have been found to have an unusually high salt content in their milk and this quality is carried through in the resulting cheese. The texture of Appleby's is moist and crumbly. The flavour is clean and zesty on the tongue followed by a rich mouth-watering finish, which continues to linger. 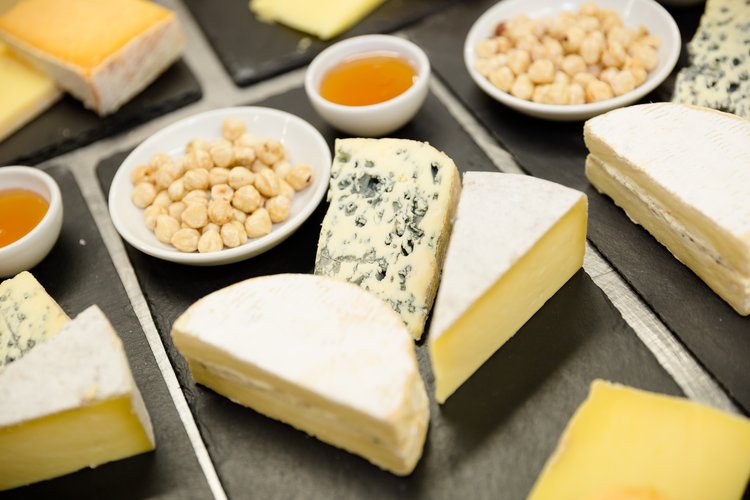 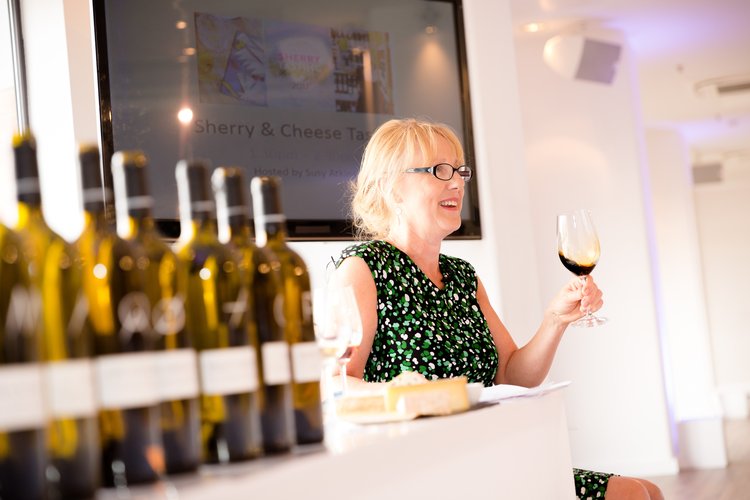 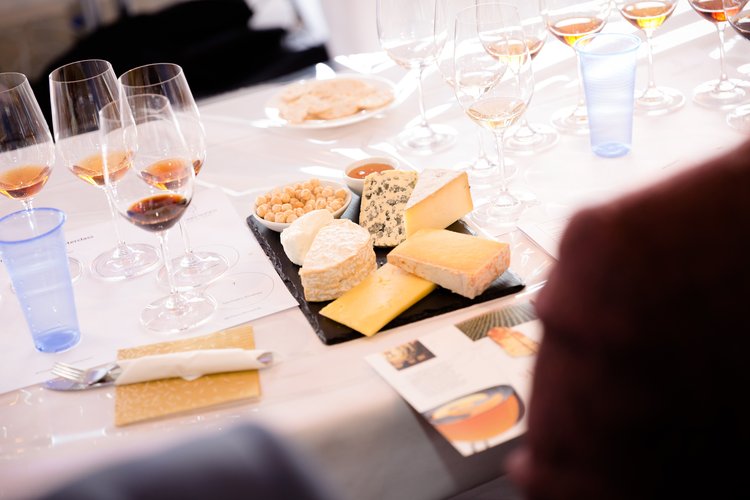 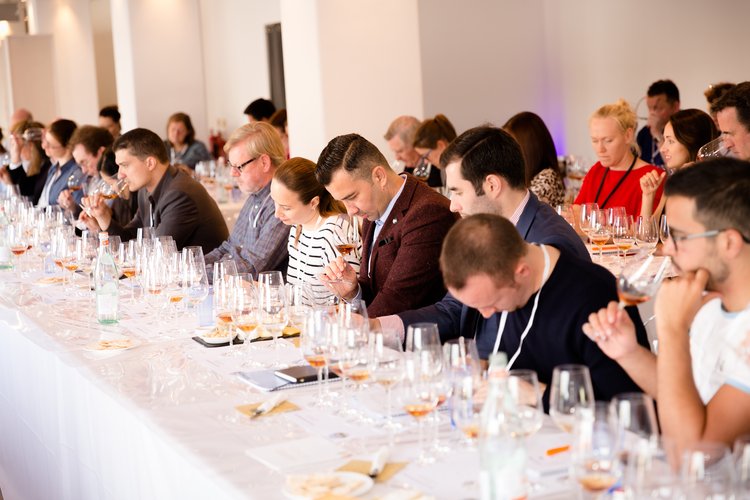 Tunworth is a rich Camembert style cheese made in Hampshire. The cheese is infused with Brillat Savarin frais and minced black summer truffles to create a luxurious centre piece for any cheese board. Its distinctive mushroom-y, earthy flavours complement the truffles excellently.

Caerphilly that may be bought from some supermarkets can often be thought of as dry and with little flavour. Gorwydd Caerphilly, however, is the opposite. It ripens slowly from the rind, giving it a unique, stripy interior with the crumbly centre being encased in a rich, softer textured paste. When the cheese is young it has a lemony fresh- tasting tang but as it matures this flavour changes to become more intense with an added creamy flavour letting the cheese become more dynamic.

A mild, goats cheese with a citrus flavour which is fresh and light in texture. Windrush Goat's Cheese is made in Oxfordshire on a small farm with the milk of pedigree goats by Richard and Renee Loveridge. Their products are named after the nearby River Windrush, a tributary of the River Thames. These gentle cheeses are incredibly fresh, being made only days before delivery, they come either plain, or flavoured with cracked black pepper or garlic and herbs.

A superb Welsh blue cheese, golden in colour, with a creamy, gently salty taste that grows stronger with maturity. Perl Las is made by hand. Sea salt is rubbed into the rind after it has formed as this allows for slower intrusion of the salt than if it were dipped in brine. It is then stored on rollers to allow plentiful circulation of air during maturation. Once they have reached maturity, the cheeses are foil wrapped and further matured to develop flavour.