Copa Jerez - the International gastronomic Sherry competition - announced the UK winner for 2018 in London on Monday 1 October. Head chef Karl O’Dell and sommelier Alan Bednarski stormed to victory with an impeccable presentation of their three-course Sherry and food pairing menu.

The winning menu was described by the judges as ‘a modern, fresh and seasonal menu’ which they now hope will go forward to win the International Final in Jerez in summer 2019.

To start, Texture presented scallops with avocado, cucumber and wasabi, paired with a magnum of Tio Pepe en rama. This was followed by pan roasted pigeon with salt baked turnip, pickled blackberries and a Sherry jus, accompanied by a glass of 30 year old (VORS) Palo Cortado from Bodegas Tradicion. To finish, the team served poached baby pears with Sherry-soaked raisins, sponge, walnuts and Isley ice cream, enjoyed with Moscatel by La Cigarrera. 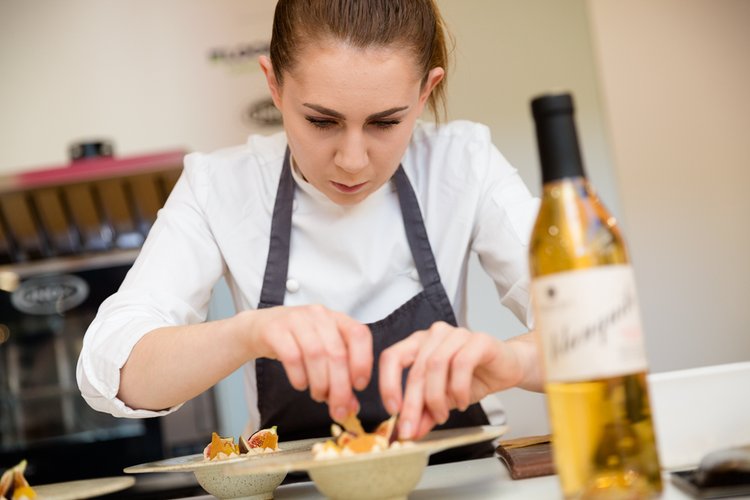 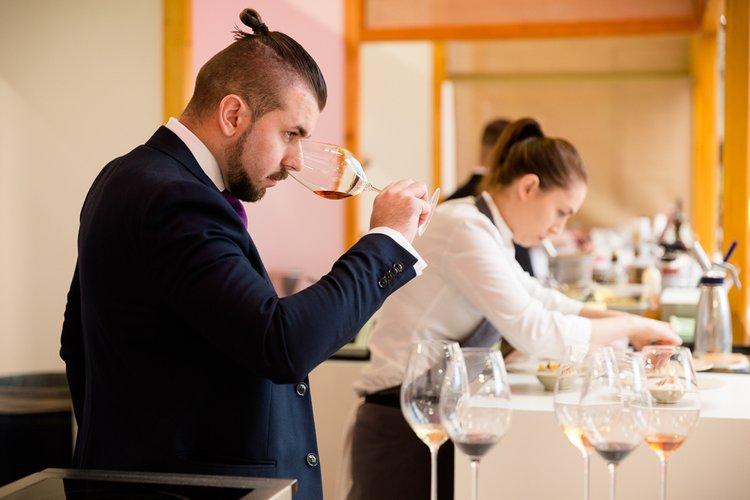 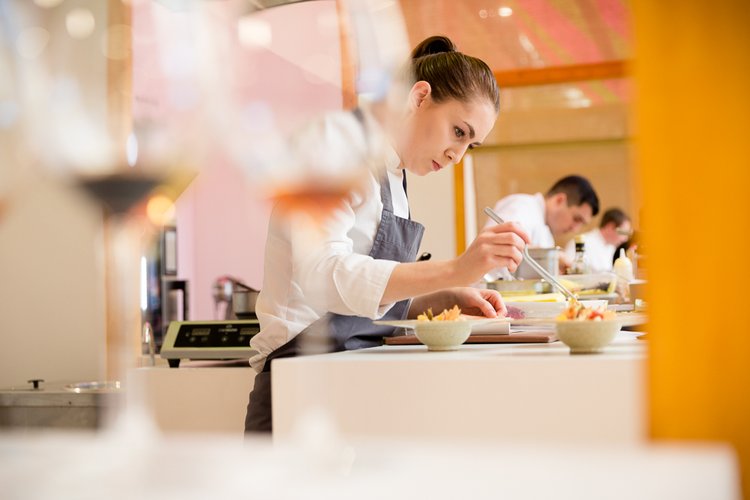 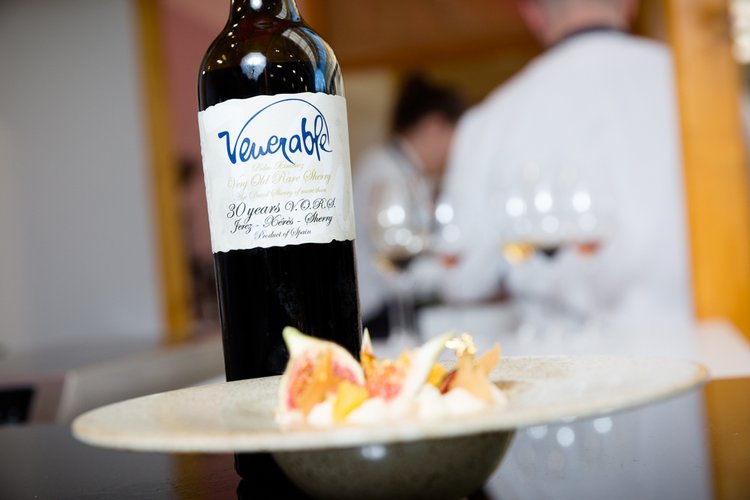 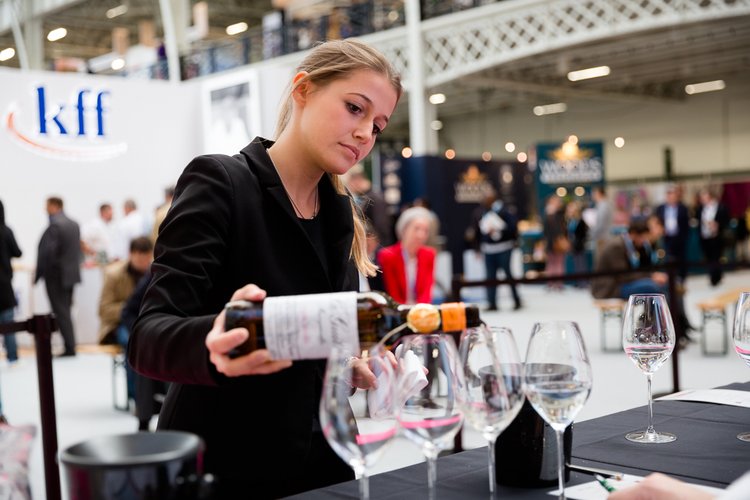 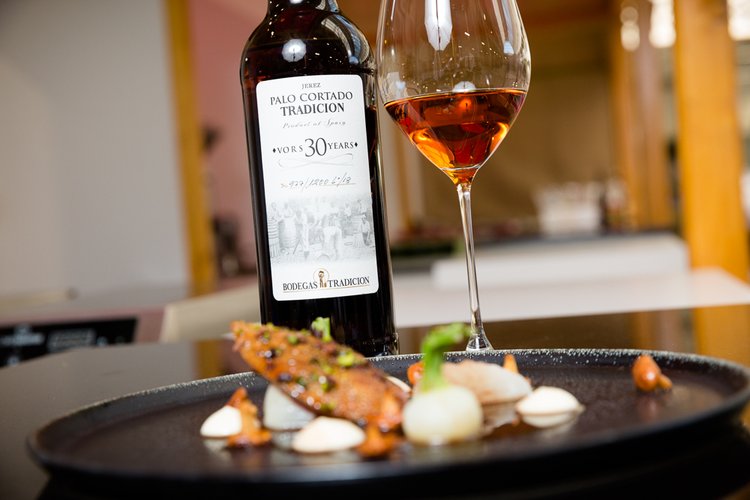 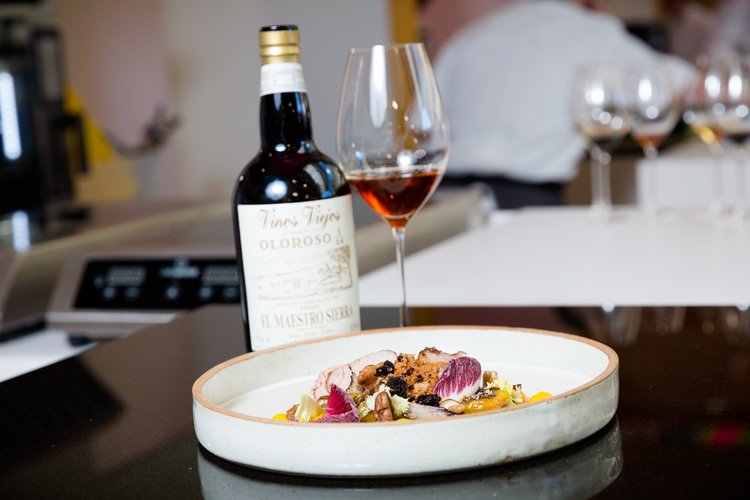 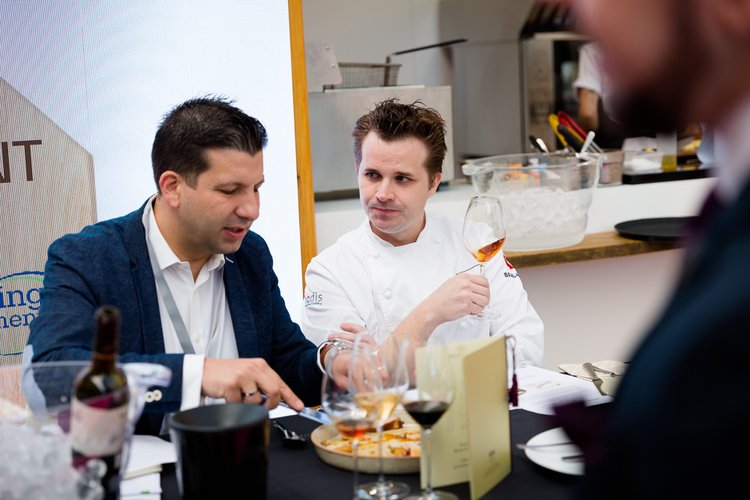 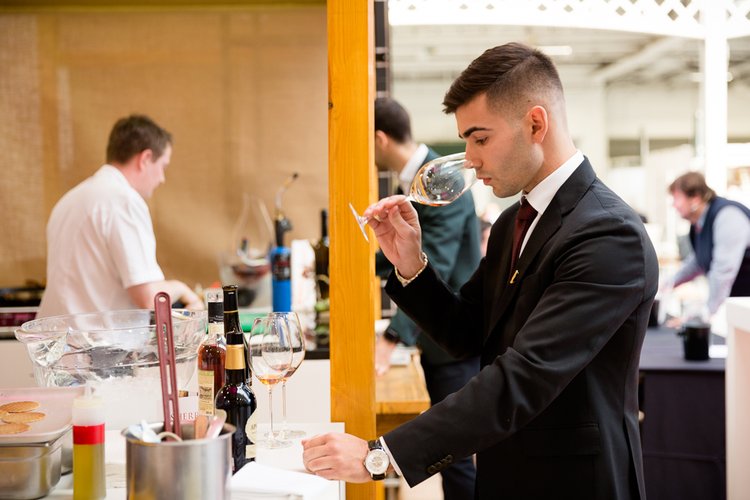 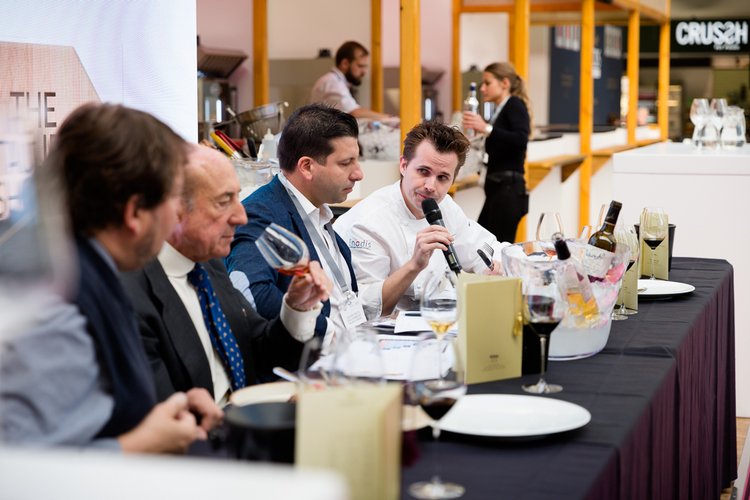 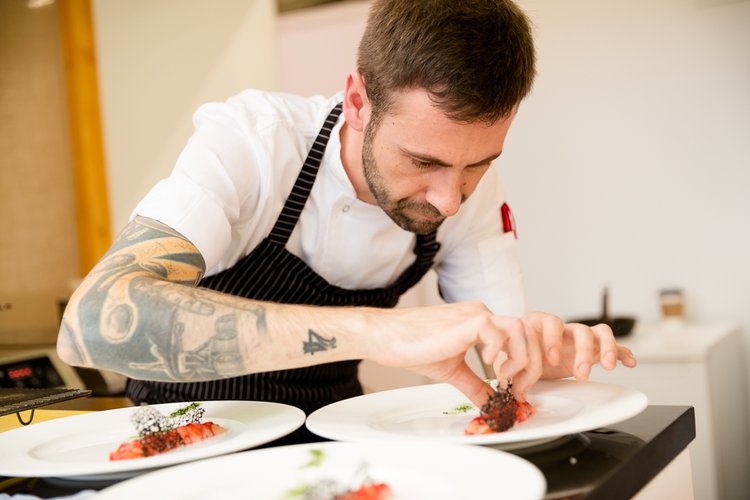 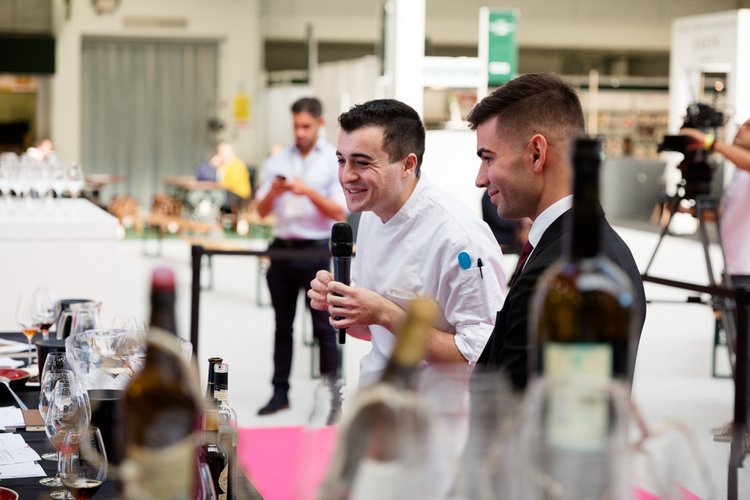 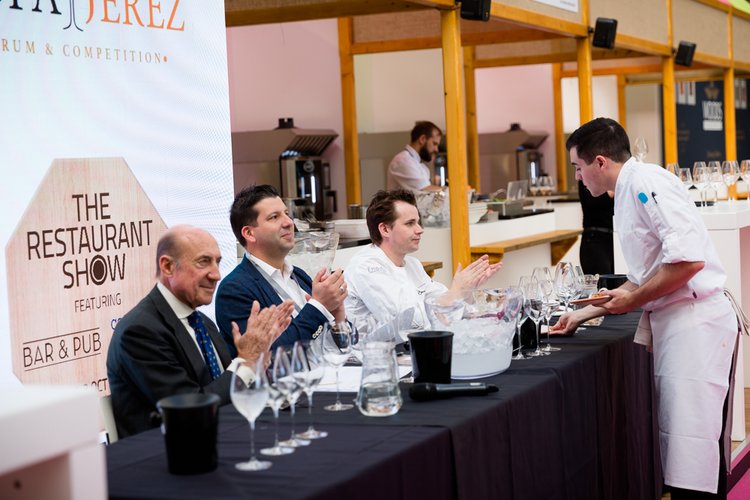 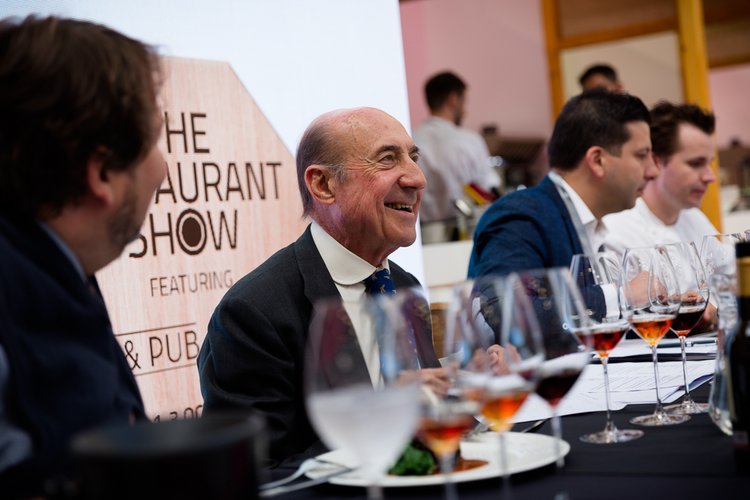 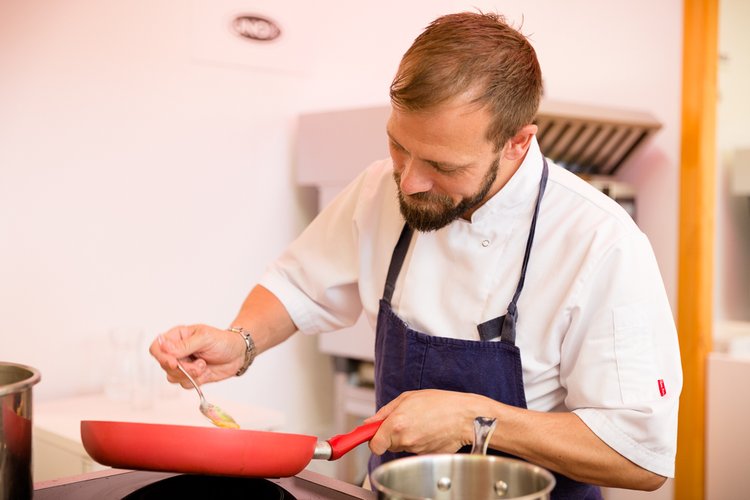 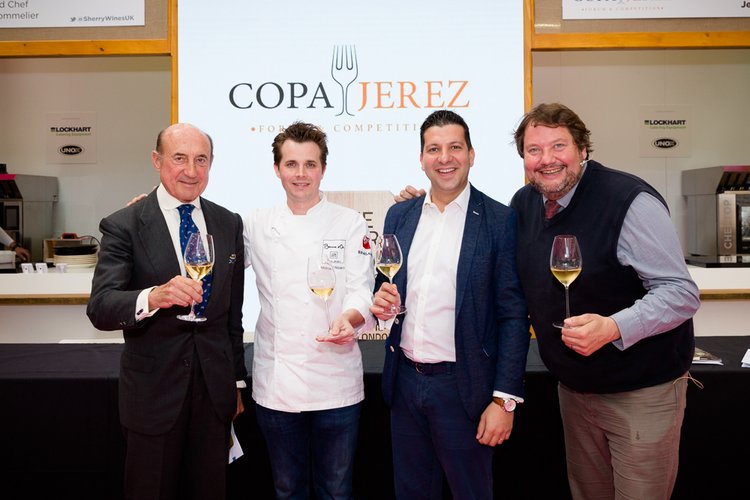 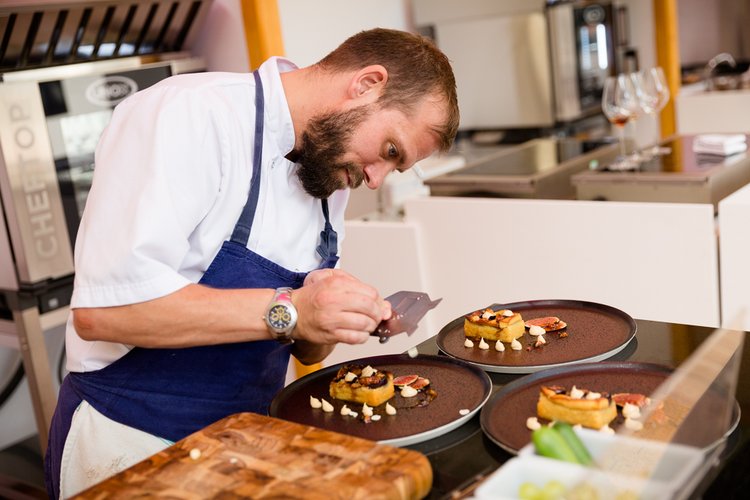 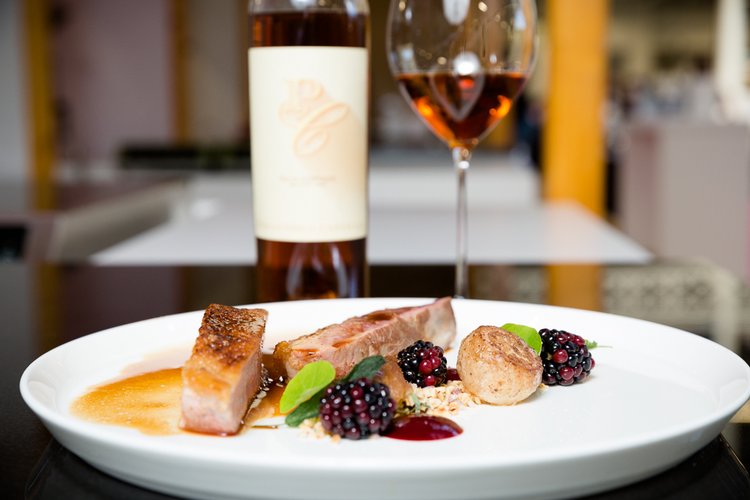 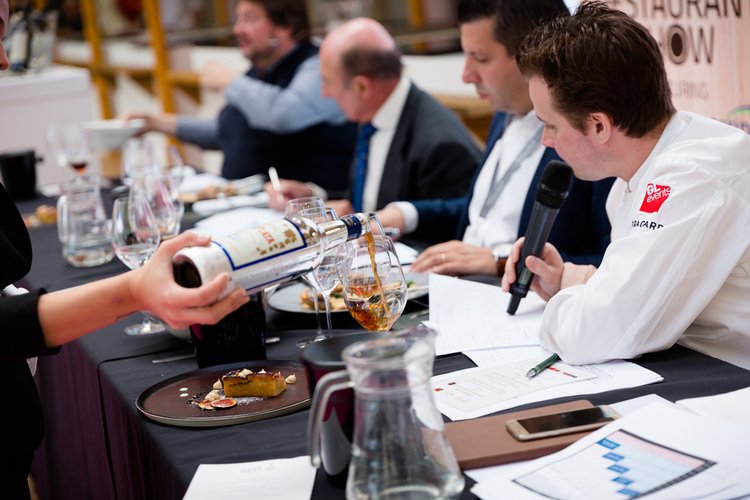 Throughout the day the contestants presented their menus to a panel of esteemed judges, comprising Beltran Domecq, president of the Consejo Regulador Jerez y Manzanilla; Joe Wadsack, food and wine expert; plus the winners of the 2016 UK Copa Jerez, Giovanni Ferlito, head sommelier at The Ritz, and Michael Nizzerro, executive chef at The Bath Priory.

Speaking at the event, international chair judge Beltran Domecq congratulated all the finalists for their outstanding efforts.

All the UK finalists this year have been outstanding, but ultimately we can only choose one winner, and the menu from Texture was outstanding: perfectly executed, very well balanced, with excellent Sherry choices, and immaculately presented by Alan and Karl. It is a pleasure to invite them to Jerez to compete at the International Final next year.

Also competing for the title were teams from Le Gavroche and Wernher restaurant Luton Hoo, both of which the judge’s praised for reaching the finals with very good menus and professionalism on the day. But it was the teams from Asador 44 in Cardiff, and 2850 Wine Workshop and Kitchen in London, that finished in second and third places respectively.

Both the placed teams came in for special praise by the judges, with Asador 44 head sous chef Paul Bainbridge’s starter of Carabinero crudo, camarones, seaweed and ink tuille, which was paired with Vina AB Amontillado from Gonzalez Byass by sommelier Jessica Walker, receiving glowing reviews. While the dessert of hazelnut and fig clafoutis spiced with baked skyr and mint, accompanied by Pico-Plate Moscatel from Bodegas Yuste, that was prepared and presented by Dave Watts, executive head chef and Melania Battiston, head sommelier from 2850 Wine Workshop and Kitchen, also impressed the judging panel.

Texture are the first national winners to be announced this year and will now go forward to compete in the International Final for Copa Jerez 2019 in Jerez.