29th May, Jerez.  The Copa Jerez Forum & Competition, the largest international gathering involving Sherry and organised by the Consejo Regulador of Sherry and Manzanilla in collaboration with Fedejerez, celebrated today the closing day of the competition in the Villamarta theatre in Jerez.

During this great gathering, the final of the VIII edition of the Copa Jerez Competition took place, an exciting competition in which seven international teams consisting of a chef and a sommelier prepared their menus paired with Sherry live and simultaneously.
The winner of this VIII edition was the team of sommelier Jonathan K Bernsten and chef Martin G Sørensen from Denmark´s restaurant Clou* located in the heart of Copenhagen.

The other prizes awarded during the competition were:

Most creative pairing: the team from the Nomad, United States

The judging panel also thought it necessary to make a “Special Mention” to the sommelier Kim Reisig of the Dutch restaurant Cheval Blanc* as “Sommelier of the Future”.

The panel of judges charged with making the awards on behalf of Sherry Wines consisted of five international professionals from the worlds of wine and gastronomy who were:
Josep Roca: sommelier, maitre d´and co-proprietor of the famous Celler de Can Roca***; Sarah Jane Evans: Master of Wine, award-winning wine author and journalist, co-chair of Decanter World Wine Awards and president of the 2018 IMW Symposium; Franҫois Chartie:; internationally considered as one of the greatest experts on gastronomic harmonies and World's Best Sommelier 1994 (Grand Prix Sopexa); José Carlos Capel: journalist and gastronomic critic and Beltrán Domecq; President of the Consejo Regulador of the DOs Jerez-Xéres-Sherry and Manzanilla-Sanlúcar de Barrameda and Vinagre de Jerez.

José Carlos Capel remarked during the competition: “What we are witnessing is a very well thought out exercise in harmony between the wines of Jerez and gastronomy. It is wonderful to see the lengths each team of chef and sommelier go to in terms of practice, work and analysis to achieve this harmony which is the very peak of food preparation. As in all competitions, there are always certain participants who stand out from the rest and upon whom the judging panel must deliberate seriously.”

Franҫois Chartier said “I am very impressed with the menú proposals, the competitors have demonstrated a very high-level of skill with some surprising pairings with Sherry. We have seen a great mutual understanding between the teams of chef and sommelier.”

Sarah Jane Evans said “For me it has been a privilege to have been a judge in the Copa Jerez, to witness the final and see the high level of fare presented by the sommeliers and chefs. We had to mark the work of the chefs and their dishes, but also the sommelier, the harmony and, of course how well they worked together. Also, I believe it is important to point out that they were not cooking in a kitchen, but in this marvelous theatre, and I am not aware of any other similar event in the world.”

Josep Roca evaluated the winning menú thus: “The truth is that they have made it very well, they have used a menú structure with few ingredients but with great complexity, with lots of nuances and yet subtle. They produced a main dish in which the pigeon had everything which represents the concept of less is more with all the nuances of nuts, citrus and confits, the potency of flavour with that play between the heart and the liver to make a link with a really extraordinary sauce and the nuts which connect directly to the Oloroso. Just as sublime was the dessert in which in an absolutely minuscule way they made the panel shiver with a preparation which played with our oil, and with the banana with its cold texture to harmonise well with the Pedro Ximénez and where there was a hit of brutal intensity with that tear of licorice which awoke the wine – and us – and which made one better understand that is not about what the ingredients of a pairing are but how they interact and add up to a unique experience.”

Beltrán Domecq concluded the proceedings of the Copa Jerez Final 2019 saying “We must congratulate the team from Denmark for having won first prize in the Copa Jerez. They really have produced a fantastic menú and our thanks also go to all those who participated. Thanks as well to the judging panel for their very important efforts; evaluating these seven magnificent teams is a huge but delightful effort for the senses." 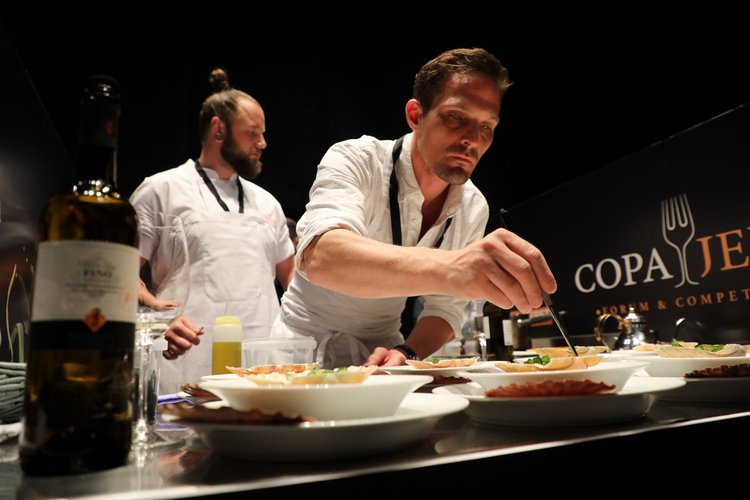 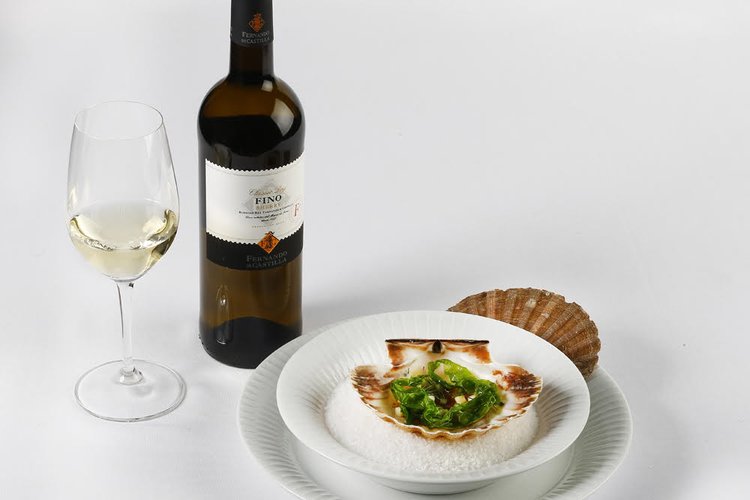 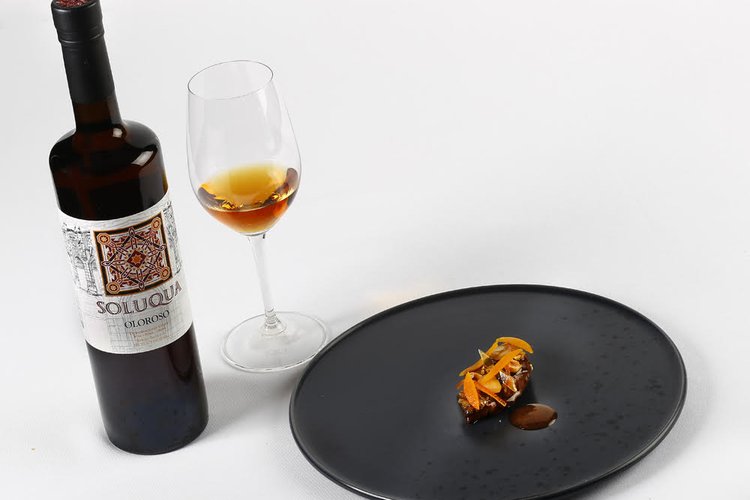 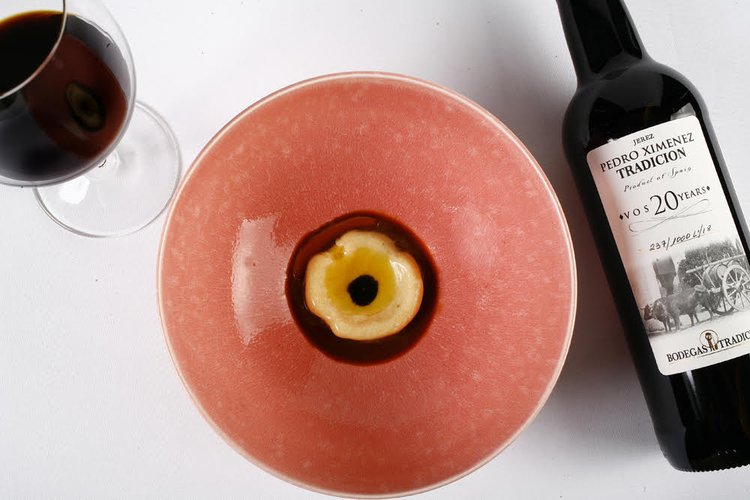 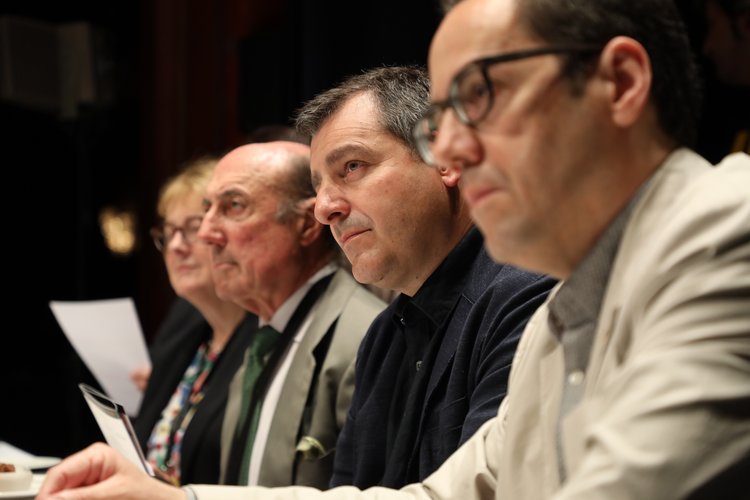 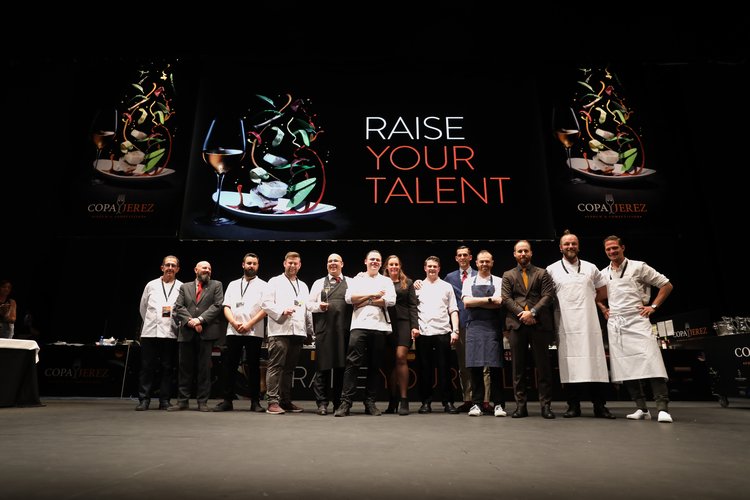 THE TEAMS IN THE FINAL

A total of seven teams from different countries made it to the Final of the VIII Copa Jerez Competition, among them no fewer than six Michelin stars.
During the day of the competition´s final, they all competed with their unbeatable menus which much impressed all those who attended. The teams which reached the final but didn´t win the Copa Jerez itself produced the following menus, all paired with Sherry: