Participating merchants can also apply for one of 50 FREE Sherry Festival POS packs that will be offered to independent wine merchants that pitch the best promotion plans to promote sherry sales to their customers. They will be able to choose from: Sherry wine maps; Sherry leaflets; branded polo-shirts; festival posters; window stickers; style guides; aprons; and branded cooler buckets. 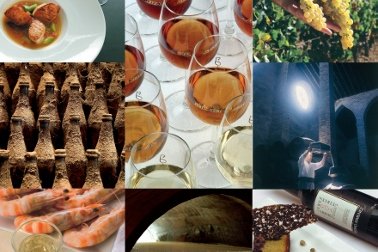 Graham Hines, Director, Sherry Wines UK, commented: “We know Sherry is a real favourite with the trade, and our most influential wine-writers, and the Sherry Festival gives us an ideal opportunity to promote this often over-looked, yet extremely versatile, fine wine from Jerez. Those wanting to take part should first decide what activity they think is best for them, their customers and their resources and then register on our campaign website www.sherryinstitute.co.uk.”

Hines continued: “More importantly, if merchants need a bit help on how to get started, don't hesitate to get in touch. All the UK’s Sherry suppliers are a great source of advice and resources. There are now 31 Sherry suppliers in the UK presenting 45 producers and they are all fully supportive of The Great Sherry Festival and will be happy to help independent merchants get their own activity for The Great Sherry Festival underway.”

Wine merchants wanting to take part can sign up now by visiting www.sherryinstitute.co.uk or by contacting the Sherry Wines team on sherry@bespokedrinksmedia.com